A jewel of a view 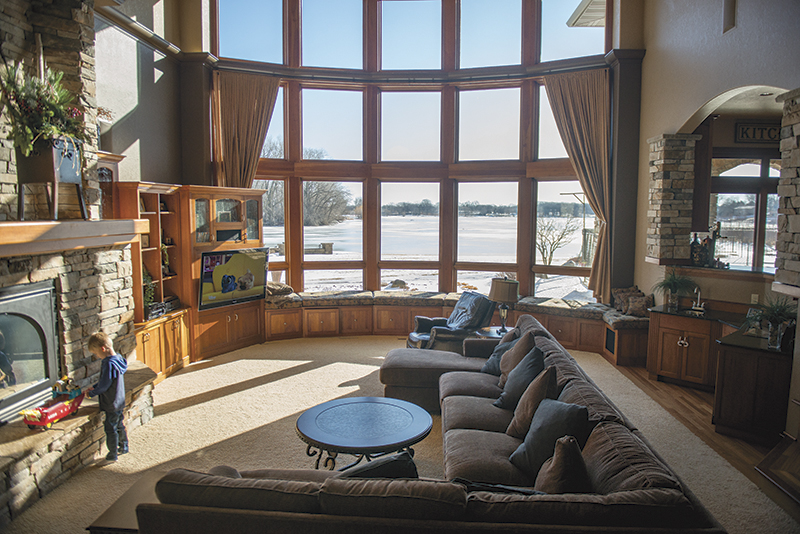 From the minute you walk into Mark and Emma Habben’s front door, you can’t help but notice the breathtaking view of Fountain Lake’s Edgewater Bay, which is visible from most rooms along the back side of the house.

Looking through the large windows in the back of the living room, the pristine white snow and ice sparkle on the frozen lake.

In the summer, the view is just as awe-inspiring. 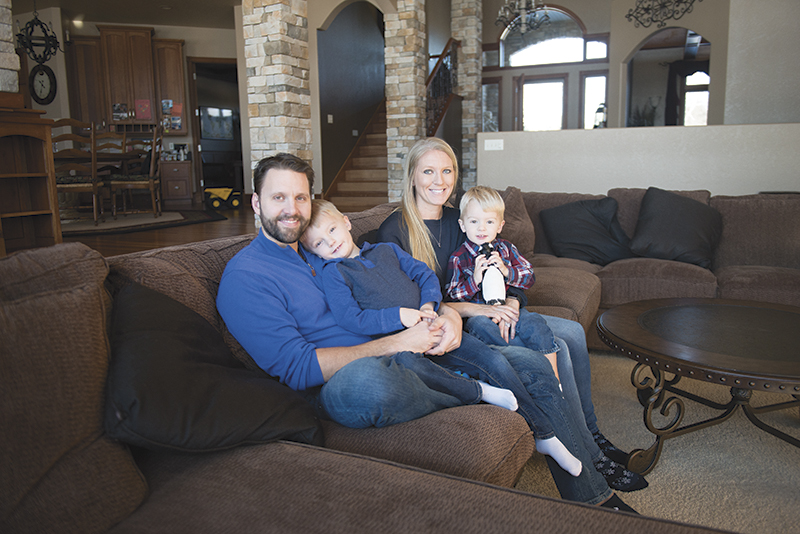 “I love waking up to the sunrise over the lake every morning,” Emma Habben said. “The lake is our favorite part of living here — so beautiful.”

The Habbens moved into the four-bedroom house off of Freeborn County Road 101 about 1 1/2 years ago, after Mark Habben’s parents — Darv and Marcia Habben — were looking to downsize. They had purchased the property in the mid- to late 1990s and built the house in 2001.

Mark and Emma Habben said when they were looking for a house, they wanted to have something near the lake, as Mark had grown up doing many water activities, such as water skiing.

“There just wasn’t anything we wanted,” Emma Habben said of the other options available. 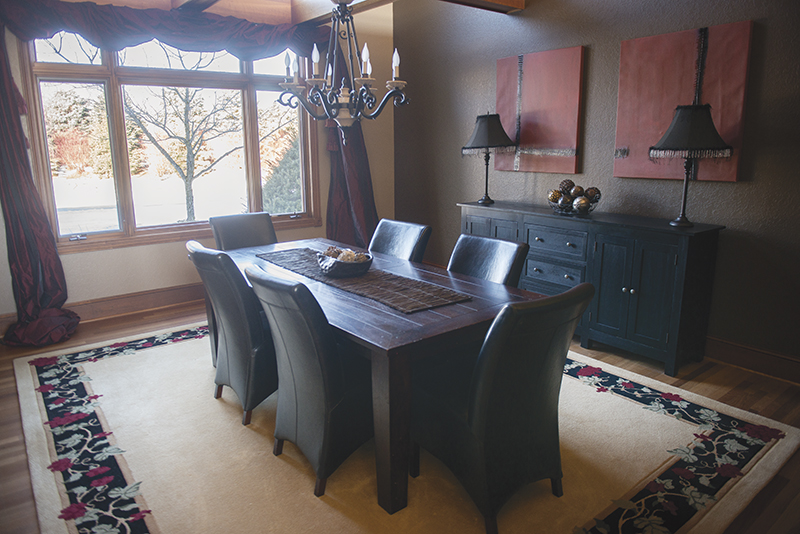 Before the Habbens moved into the house, they did some remodeling — which included making their dining room more enclosed. – Colleen Harrison/Albert Lea Tribune

The house of his parents ended up being a perfect fit for them.

Though the house was still in great condition and was still relatively new when they got it, Emma Habben said she and her husband decided to update a few things to modernize it and make it safer for their two children, Finn, 3, and Logan, 4 1/2.

The couple hired Matt and Mike Schultz of Schultz Brothers, who had actually built the house in 2001, to do much of the remodel. Albert Lea Electric completed the electric work, and Pete Johanson Carpentry LLC constructed the cabinets in the mud room and the theater and a few of the other replacement vanity cabinets throughout the house. 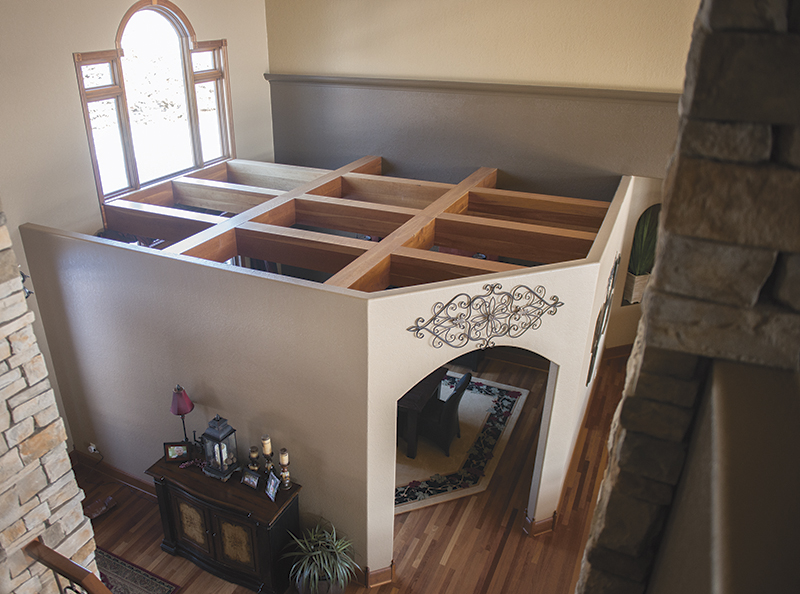 A view of the Habbens’ dining room from the second floor. – Colleen Harrison/Albert Lea Tribune

Drywall was added in a few areas of the house on the second level where there had been an overlook to the main level below, and the dining room was enclosed. Beams also run across the top of the dining room, setting that room apart from the rest of the house.

They created a mudroom off of the garage with different cubbies and cabinets for each family member, stained woodwork, updated light fixtures and transformed a storage room above the garage into a movie room. What was originally a three-season porch on the upper level has been turned into a regular part of the house, and pillars throughout the house were updated with stone.

The family converted a space under the main stairs into a small playroom for the boys, though Emma Habben said the boys enjoy playing all over the house. 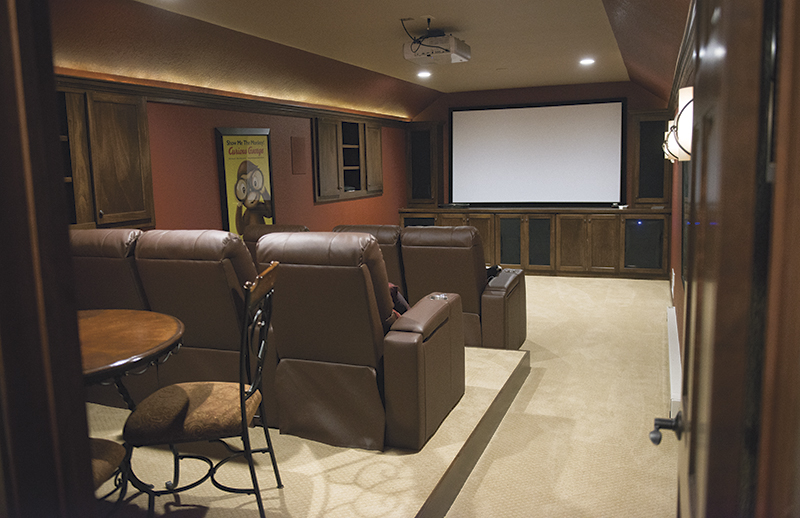 There’s a movie theater room on the second floor of the house. – Colleen Harrison/Albert Lea Tribune

Mark and Emma Habben said their favorite parts of the house are the living room, where they spend a lot of time together, and the theater room, which they anticipate they will use more as their boys grow older.

“It gives us more room for growing up,” Mark Habben said. “We can look forward to having our kids bring their friends over here, and we can watch them and their friends grow up, instead of (them) going somewhere else.”

Above all, however, their favorite thing about their house is the view.

In addition to the view of the lake, sunrises and sunsets, the family enjoys watching the eagles nest near St. John’s on Fountain Lake across the bay.

They said they utilize the outdoor amenities of the house much more in the summer, including a fire pit, swimming pool, swing set area and a boat dock. They are considering adding a wood-burning fireplace as well as other decorative updates throughout the house in the future. 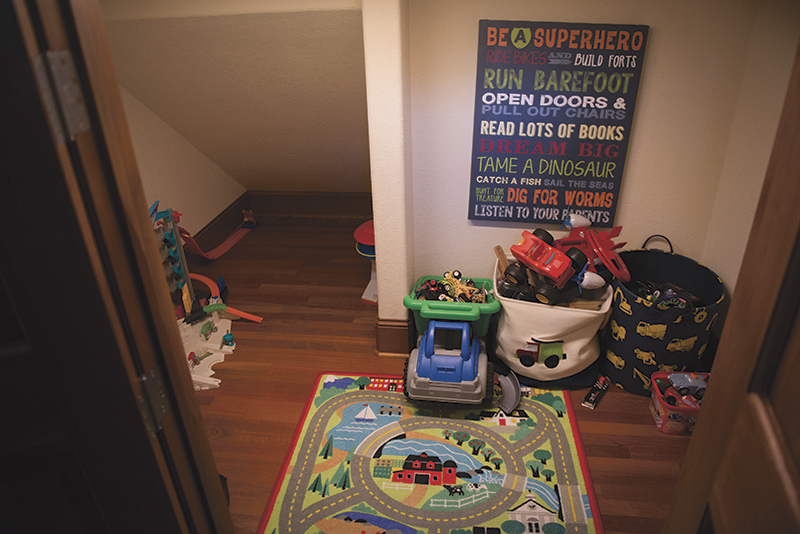 A closet under the steps was turned into a space for the Habbens’ two boys to play with their toys. – Colleen Harrison/Albert Lea Tribune