Albert Lea Citizen of the year 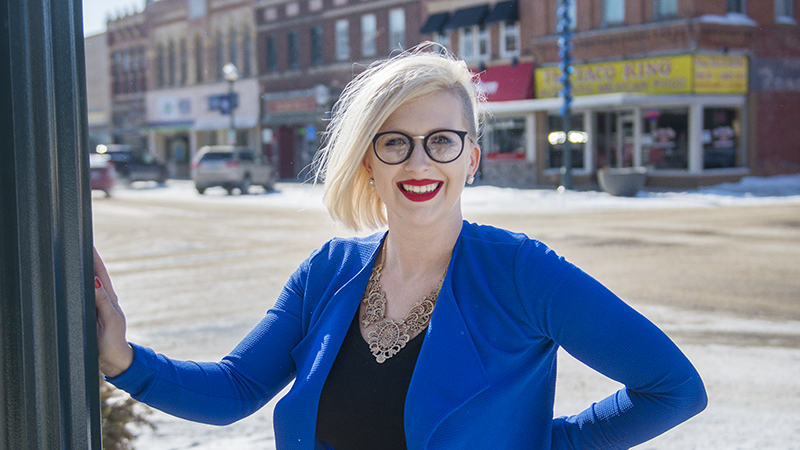 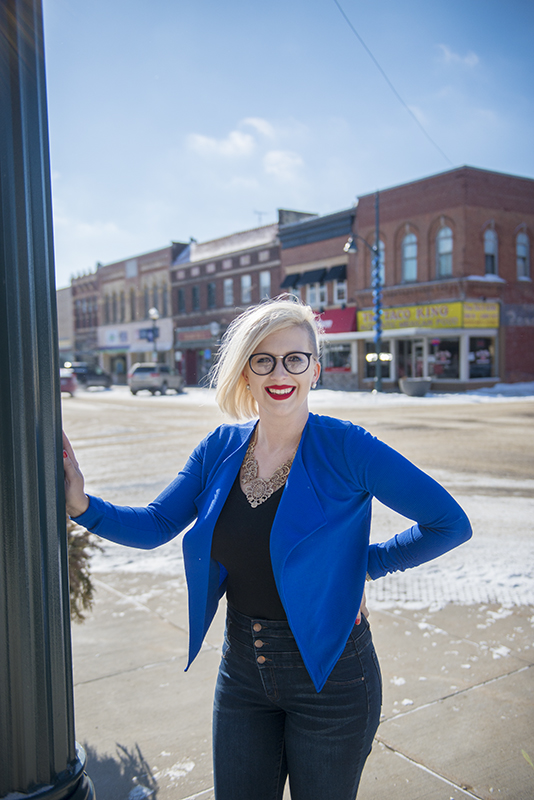 Karsjens recognized for advocacy and action to improve Albert Lea

It’s easy to see Holly Karsjen’s passion for Albert Lea when you see her out in the community.

While the 29-year-old rural Albert Lea resident is known for starting her own business, which has become a center for creativity and the arts, she has also become a vocal advocate for Albert Lea in the last few years through her words, passion for planning community events, working behind the scenes on community boards and offering a hand of service to those in need.

For these reasons and others, Karsjens was selected for the Tribune’s first-ever Citizen of the Year Award.

The six-member Citizen of the Year Award committee reviewed all of the nominations submitted for the award. They said they chose Karsjens for the award because of her positivity and advocacy for the community. They said Karsjens takes part in numerous community efforts without looking for anything in return.

‘I need to be a part of the change’

Karsjens grew up on a farm in rural Alden, living in the same house through high school and leaving the community at the age of 21 to move to the Twin Cities for three years.

There, she said, she worked for a company, essentially doing the tasks of an office manager, such as data entry and purchase ordering.

Though she enjoyed the job, she moved back to the Albert Lea area in 2014 because she was struggling  to find housing for her and her dog Louie, a pit bull. Every other weekend she would drive down to visit family or her family would drive up to visit her.

After moving back to the area, at first she continued to work part time from a distance for the same company, while also teaching dance at Echo Step and taking photographs.

Though she had met her husband, Brian Karsjens, initially in 2007, she met him for a second time shortly after moving back.

Things progressed, and she remembers at one point having a conversation with him when they were ready to move in together.

She said she knew she needed to be a part of the solution and change in the community, whether that was through events or the social climate in Albert Lea.

In the summer of 2016, she and her husband purchased a building on Newton Avenue that they have renovated into what is now known as The Meraki Studios. Karsjens said in a previous interview that the space is meant to represent love, creativity and soul. It houses dance lessons for all ages and levels, musical instruction, artistry fairs, workshops and photography services.

She credits her husband, who has supported her every step of the way. She said he has a mentality of “if you put the work in, you can anything.”

Though it was and still is an undertaking to have Meraki and her photography business, Holly Karsjens Fine Art Photography, Karsjens’ involvement in the community doesn’t stop there.

She serves on the board of the United Way of Freeborn County and Experience Albert Lea and is on the event committees for Wind Down Wednesday, Autumn Blaze and The Big Freeze.

She said her focus overall has been on downtown.

“I feel that it’s the heart of the community to a certain degree,” she said. “It’s the place where my studio is, where I have lunch with people. I see the easiest growth opportunity here.”

One day when she and her husband were renovating the studio, Karsjens said they had just framed up her office, and she took a picture and was going to post it on social media.

“I started typing and the lid came off,” she said.

She said she came to the realization that if she wanted something to be created she couldn’t rely on others to do it for her.

She said she hears people often say in comments on social media that “they” should create this event or “they” should do this in Albert Lea.

That day, a new effort was born in the community, known simply as #IAmAlbertLea.

Over the last few years, the hashtag motto has resurfaced again and again, encouraging people to get involved and to be a part of positive change.

Karsjens said she is motivated to do positive things when she sees others who are negative.

“What does that help?” she said. “It doesn’t get anything done.” 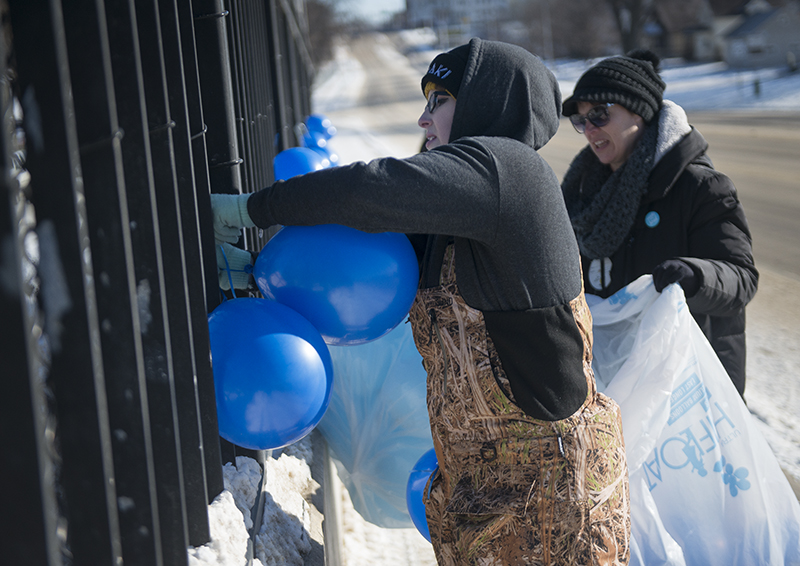 She encouraged others to take the first step: “If you see the need for something in our community — whether it’s in your circle — you reach out to anyone.”

“By being part of a community, it’s a responsibility to invest time or money or whatever it is into growing,” she said.

Sarah Stueven, one of the people who nominated Karsjens for the Citizen of the Year Award, said Karsjens is a “huge advocate for this community and constantly works on ways to improve it.”

“I have noticed her speaking out about how great our city is and encouraging others who voice displeasure to stand up and change what it is they don’t like,” Stueven said. “I am confident that she has improved the quality of life right here in Albert Lea.

“From her Meraki Studios, where she is constantly listening to community input and adding services that are provided there, to her work with the group Gather, who looks for fun ways to get an often times forgotten age group out and about, to lastly the huge part she plays on the Wind Down Wednesday committee and practically every other event committee in town. Not to mention she is such a kind-hearted person, a dreamer that is always encouraging others to strive for their dreams as well.”

Responding to a need

In addition to helping boost community events and being a vocal community advocate on social media and in her daily life, Karsjens has taken the initiative multiple times to help organize events for people in need.

With the December death of 1-year-old Easton LaFrance, Karsjens was one of the people who helped organize volunteers to blow up balloons and tie them on a bridge the day of the little boy’s funeral in chilly temperatures to let the family know the community cared.

Easton LaFrance’s mother, Nicole, used to work at the studio before opening her own gymnastics studio in the industrial park in northern Albert Lea.

Chelsea Czenkus, another person who nominated Karsjens for the Citizen of the Year Award, said Karsjens is the type of person who would give the shirt off her back, even if it was the only thing she had.

“Her personality is one that lights up the whole room the minute she walks in,” Czenkus said.

Citizen of the Year Award nominees: