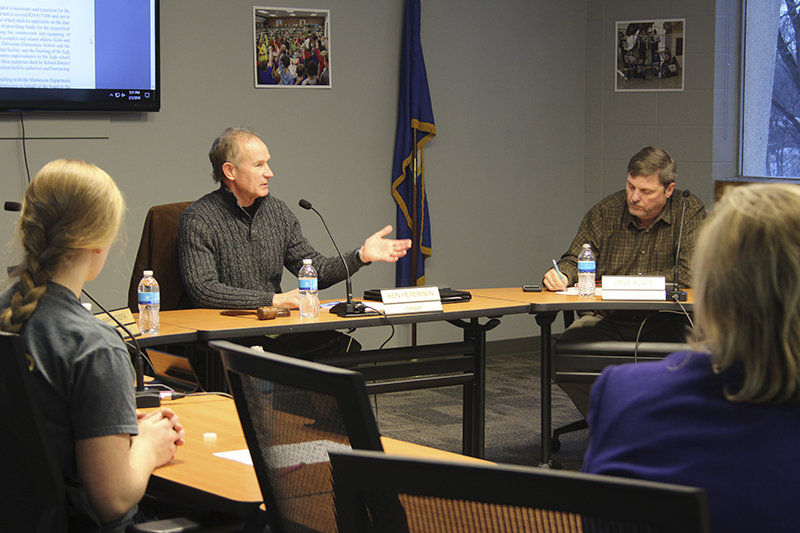 Over the course of one year, the Albert Lea school board takes several actions that affect the education and lives of hundreds of students in its district. For school board Chairman Ken Petersen, in the midst of his 11th year on the school board, there are a few favorite moments.

“I was thankful I got to hand both my sons their diplomas,” Petersen said.

Petersen first served on the school board beginning in 1999 as a way to serve the community.

“I always believe that you should give back to the community,” Petersen said. “… I’m originally from Albert Lea, and Albert Lea has given a lot to me.”

He said he left the school board in 2008 because he is “a firm believer in term limits.”

Petersen said he received phone calls and had conversations with people about returning as the chairman. They were looking for more unity on the school board.

“I had a lot of encouragement from people,” he said. 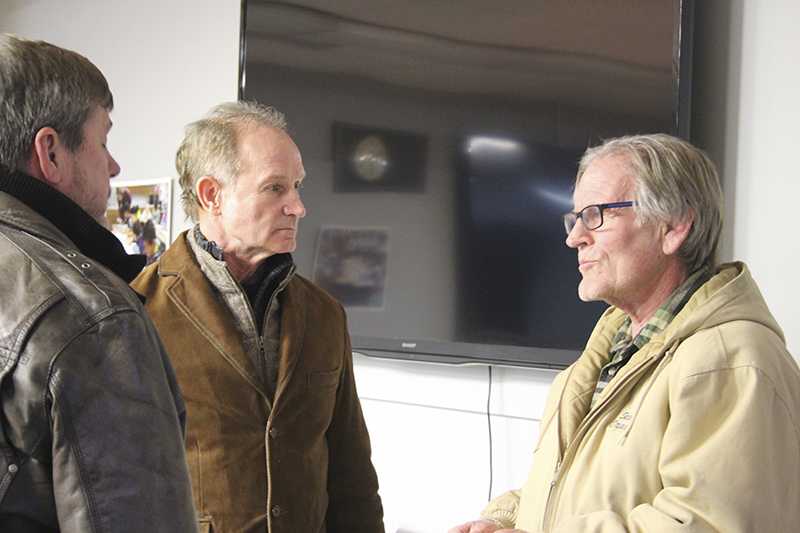 Helping the board find that unity is the biggest thing Petersen wants to accomplish. It doesn’t mean they will all agree, but it does mean they can make decisions to go forward together. Petersen said he has seen the school board do a good job of being unified this year.

“He tries to please those on all sides of an issue,” Marin said. “Ken has a pleasant and calm personality and is easy to work alongside on the board, and I feel safer now with Ken at the helm, and I appreciate that.”

Despite the diploma-handing perks, Petersen said having no children currently in the Albert Lea school system is helpful for him as a board member in staying objective.

“I think not having students in the school is somewhat of an advantage,” he said. “The reason for that is when I was on the school board the first time, when I would get phone calls, it was always parents who were focused on their kids… and so sometimes you get a little narrow at what you look at. For me, I can look at everything and I don’t have a bias.”

Marin said she sees Petersen’s business experience play in to how he runs the school board in an even-handed way. Petersen is a general manager for the central U.S. with Hubbard Feeds.

“He just brings some business management expertise to the table, and when working with different sides of an issue, he tries to, you know, find a way to bring them together,” Marin said.

In turn, Petersen sees it as the school board’s job to bring students together.

“We have a wide range of, a wide range of students that are, you know very active, have families, and we have those that things aren’t so good, so we’ve got to bring them all together and provide an education for everyone,” he said.

But while some things have changed — for instance, communication challenges associated with making sure the whole community is being adequately updated considering all the ways people receive information — others haven’t. Petersen still loves to see the look on students’ faces when they graduate. He still enjoys finding out about the teacher of the year.

Furthermore, he has learned a lesson or two himself: “I think it’s how important it is to the community to have a great education system,” he said.

Petersen said the school board has also been a good exercise in learning how to work with various people.

“I feel pretty blessed with the people that I’ve served with and the things that we’ve been able to provide to students,” Petersen said.

Marin said it is not only the students Petersen has been providing for; it’s also been the school board.

“I’ve enjoyed serving with Ken,” Marin said. “He’s a person who allows for all voices to be heard.”

8 – Times Ken Petersen has been school board chairman

245 – Approximate number of school board meetings Ken Petersen has attended over the years as of Feb. 20