An advocate for area victims of crime 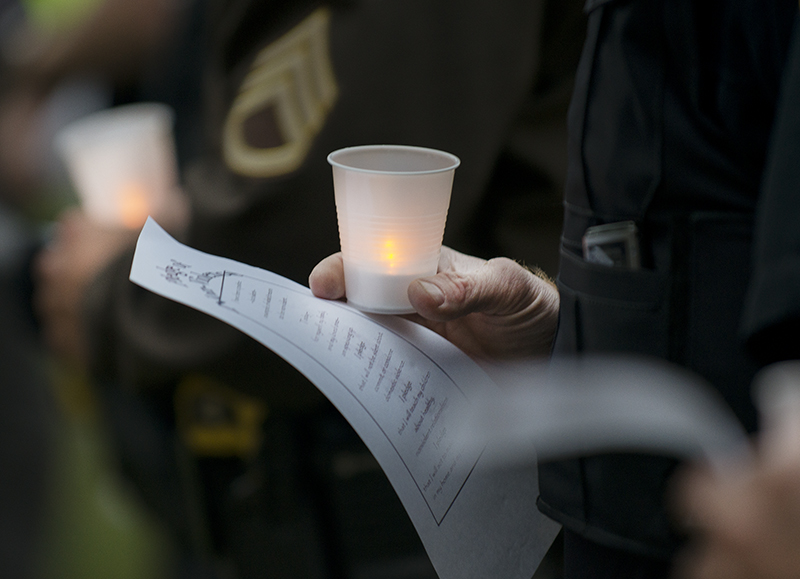 For over a decade, one Albert Lean has been doing his part to help some of those most in need.

Chuck Pownell has volunteered with the Freeborn County Crime Victims Crisis Center for 11 years, and doesn’t plan to stop any time soon.

Retired and living in Albert Lea with his wife, Pownell fills his time with being a father of two and a grandfather of three, and drives veterans up to the Veterans Administration hospital in the Cities three times a week. Volunteering with the CVCC, though, is a big part of his time.

Volunteering with the organization is something he had thought of for some time, but the mandatory 40 hours of training was a bit intimidating at first, Pownell said. It wasn’t until he went through the Citizens Academy with the Albert Lea Police Department that another person in the class encouraged him to start the CVCC volunteer training.

While Pownell has worked in the CVCC office when the staff is out of town for meetings or manned tables at events, the majority of his duties as a volunteer consist of answering the CVCC’s phones when the center itself is closed to the public, between the hours of 5 p.m. and 8 a.m. The main focus of being a CVCC volunteer, he said, is to be a good ambassador of the organization for the community.

When it comes to answering phones, Pownell and other volunteers rotate shifts of weekdays and weekends using an online schedule. The calls coming in can vary in nature, but the majority of calls tend to relate to some form of domestic violence, Pownell said. Some calls come from people out of town wanting to have loved ones in the area checked on, who may be in an unsafe situation at home.

Volunteers carry bags filled with necessary forms and information for people who may need it when volunteers are on duty. Pownell himself has met people in need up at the Law Enforcement Center to begin the process of filing orders for protection and helping people find other resources they might need. 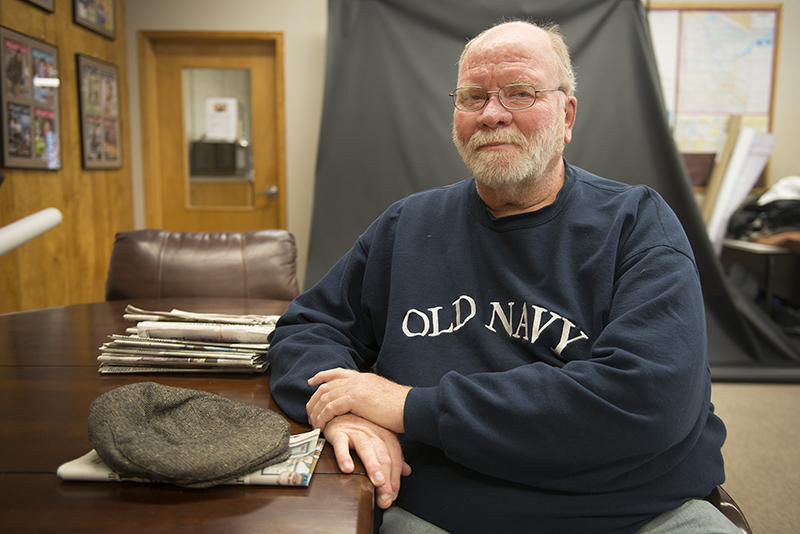 Chuck Pownell has been a volunteer with the CVCC for about 11 years. Colleen Harrison/Albert Lea Tribune

A startling realization Pownell has made while volunteering has been that even in a community like Albert Lea, which he said seems safe, there are people involved in the cycle of domestic violence, either as a victim, survivor, abuser or as someone trying to help.

He said the CVCC is always looking for volunteers, and that the 40 hours of training shouldn’t be intimidating to others as it was to him. Instead, Pownell said the hours should be looked at as a small part of a bigger picture.

In the past, when classes were a part of sentencing for male perpetrators in cases of domestic violence, Pownell helped lead some of the classes. The classes were set up as roundtables, and he said there was no limit to the amount of “crazy reasons” some people would have for getting violent with someone else in the home.

Pownell said what usually hits home for him the most is when he deals with calls involving children in unsafe situations. He recalled one time where a 10- or 11-year-old called in, saying they had been kicked out by their parents, and had no place to go.

As heavy as some cases can get, Pownell said it’s still worth it, knowing he has helped make a difference.

“It’s knowing you’re able to help these victims who have gone through something,” he said.”A lot of them don’t see it as abuse until it gets way out there.”

1 – Numbers of males, besides Pownell, who volunteer with the CVCC