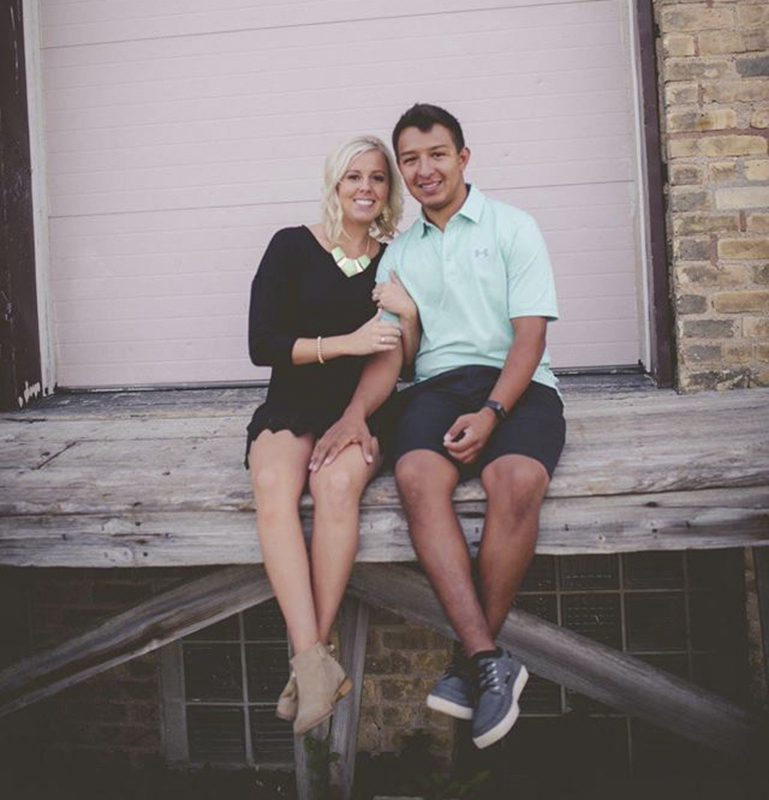 The bride is the daughter of Troy Anderson of Albert Lea and Jenny Ree of Wichita, Kansas.  She is a 2011 graduate of Albert Lea High School and Riverland Community College with an associate’s degree in 2014 before receiving her Bachelor of Science degree in 2015 from Minnesota State University in Mankato. She is a registered nurse in the emergency department at Mayo Clinic Health System in Albert Lea.

The groom is the son of Christian Garza of Rochester and Doug Weigel of Albert Lea. He is a 2013 graduate of Albert Lea High School and a 2015 graduate of Riverland Community College, where he majored in law enforcement. He is a transportation deputy with the Freeborn County Sheriff’s Office.