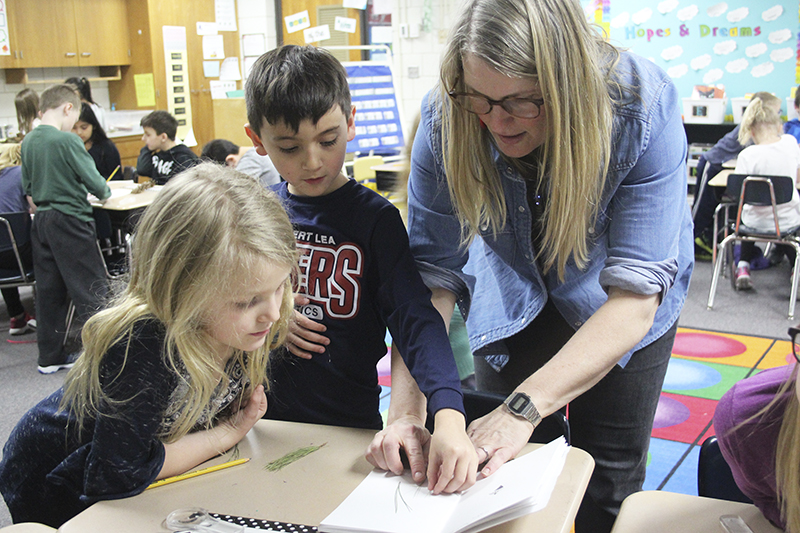 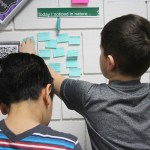 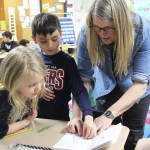 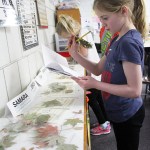 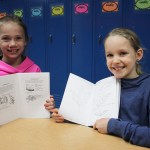 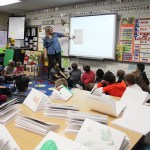 There’s some extra STEAM building up at Sibley Elementary School this week.

With the help of a Minnesota State Arts Board Learning Grant, the school has brought in COMPAS teaching artist and botanist Sarah Nassif to explore similarities between artists and scientists and to encourage self-teaching.

Nassif, who studied botany and does screen printing and public art in the Twin Cities, said scientists and artists share the same main three-step process: observe, record and share.

In Sibley’s second-grade classrooms, the students are observing their school’s trees. This week is the second of Nassif’s three-week STEAM (Science, Technology, Engineering, the Arts, Mathematics) residency with Sibley. She was also at the school for one week in February and will be back for one week in April. She works with each of the three classrooms for one hour a day.

On Monday, Nassif said students were focusing on how artists think. Each week, Nassif introduces artists for students to learn about, Sibley second-grade teacher Clay Scott said. In February, the students looked into Beatrix Potter, who authored the “Peter Rabbit” books but was also a naturalist. They also studied Georgia O’Keefe, who worked with perspective and scale “in order to surprise people into noticing nature,” Nassif said. This week, students will study John James Audubon and graphic artist Charley Harper.

Nassif encouraged students to wear botanical patterns on Tuesday. She’s particularly interested in how fabric carries nature with it in botanical textiles. Later in the residency, students will come up with their own motifs and try screen-printing.

“Generally, I’m just excited to be here and work with these creative minds, these young, creative naturalists,” Nassif said.

It’s also a chance for the students to be doing the same.

“It’s just helping them take the time to make those observations that most of the time, they wouldn’t have had the opportunity to do that,” Scott said.

On Monday morning, several students filed into Scott’s classroom and headed to the wall opposite the door, stopping below a sign on the wall that said, “Today I noticed in nature ….” Each of the students would take a pencil and a small blue Post-It note to record an observation they’d made.

“After she left, the students have a new passion for just nature,” Scott said of the group’s session in February. They’ve been bringing him cones, leaves and sticks at recess.

“They were just questioning why things were,” he said.

The teaching weeks with Nassif are an ebb and flow process, Scott said. He gave her a list of science standards set up by the state, and they discussed how to relate them to the lessons she is teaching, or how they will fit with the direction the district is headed in.

The final week, students will fulfill a requirement of the grant that asks them to share their knowledge with the community, Scott said. They are still planning how to do this. Nassif will also join the students for a field trip, which Scott said is also still in the works.

“Science, nature and really art is all around them, and if they just take the time to make those observations, it’s really powerful,” Scott said.