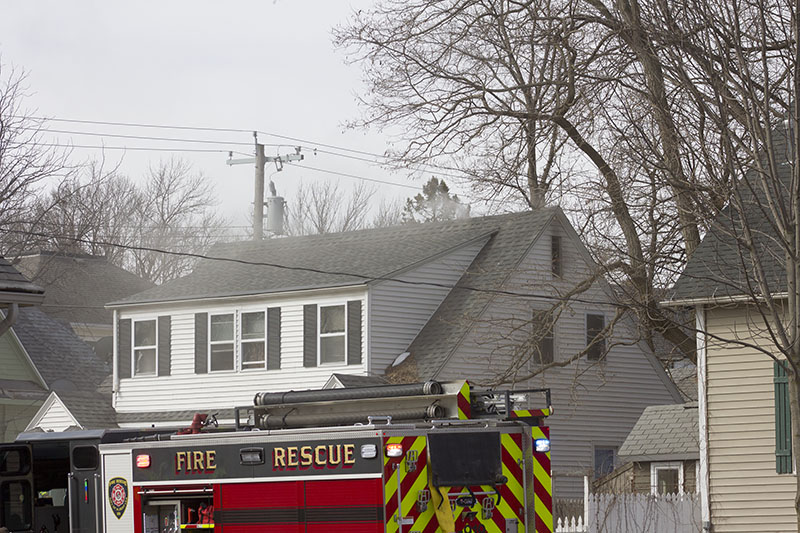 Smoke was billowing out of the house at 308 Euclid Ave. Friday morning. — Sam Wilmes/Albert Lea Tribune

Albert Lea fire crews were called at 10:30 a.m. to the fire at 308 Euclid Ave. Upon arriving, smoke was found coming from the roof and windows of a second-floor apartment. Tenants of both units were reportedly found in the main apartment unit and evacuated from the building.

The fire was found in the kitchen of a second floor unit, and the fire extended into an attic.

Fire crews reportedly extinguished the fire and were able to keep fire damage to the kitchen and a small part of the attic.

Fire crews remained on scene to extinguish hot spots, according to the release. No damage was sustained to the building’s first floor.

An investigation reportedly showed cooking oil on a stove caught fire and spread.

The Albert Lea Fire Department reminded residents that cooking fires are one of the leading causes of home fires and advised using a lid to extinguish them. 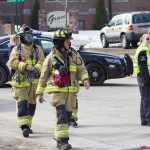 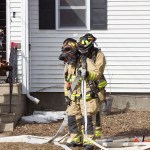 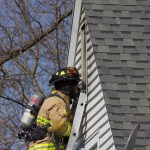 An Albert Lea firefighter looks into the house as fire crews attempt to put out the blaze. — Sam Wilmes/Albert Lea Tribune 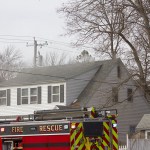 Smoke was billowing out of the house at 308 Euclid Ave. Friday morning. — Sam Wilmes/Albert Lea Tribune