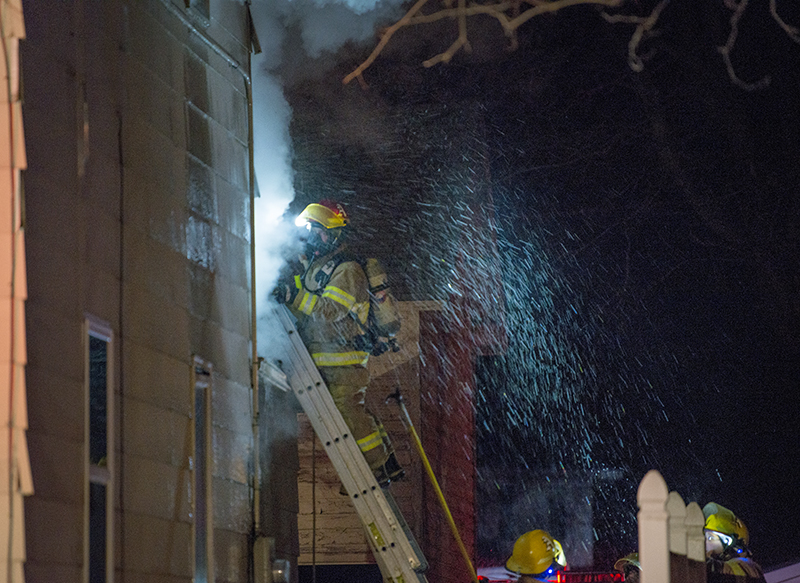 Firefighters work to put out a reported electrical fire at 280 Euclid St. in Alden on Tuesday night. No one was reportedly home at the time of the fire, and two dogs were safely rescued from the house. - Colleen Harrison/Albert Lea Tribune

ALDEN — An Alden home was severely damaged Tuesday evening in a house fire.

The fire, at 280 Euclid St., was reported at about 7:50 p.m. Upon arriving, first responders saw thick smoke billowing from second-floor windows in the rear of the home, along with flames from the house’s interior, according to the Freeborn County Sheriff’s Office. 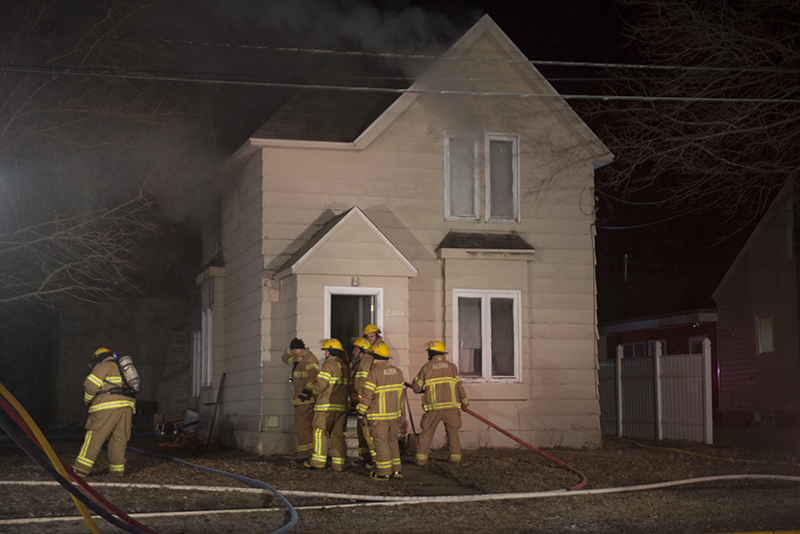 Alden and Freeborn fire departments were at the scene. Look to the Tribune for more information as it is released. – Colleen Harrison/Albert Lea Tribune

The fire likely started near a dryer, according to the Sheriff’s Office, and no one was in the house when it began.

The house sustained substantial fire, smoke and water damage, according to the Sheriff’s Office.

The cause of the fire is under investigation, and the State Fire Marshal’s Office has been called to the scene to investigate.

Theodore and Leah Jacobsen are the owners of the house, which was a rental at the time of the fire.