FoodShare month a portion of what keeps pantries going 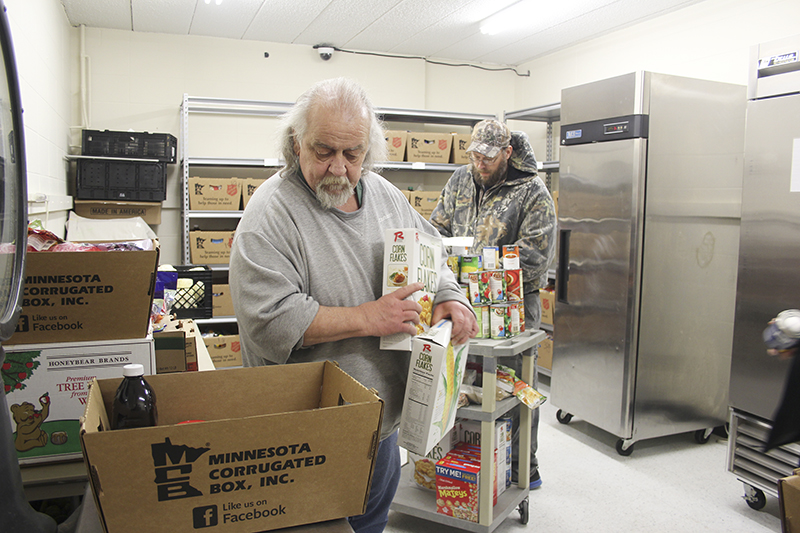 Gary Shuck works part-time with the Salvation Army, collecting food donations from places like Marketplace, Hy-Vee, Kwik Trip and Walmart. On Thursday, he helps fill boxes for people to collect later that afternoon. The Salvation Army boxes are intended to last for a weeks-worth of meals. - Sarah Kocher/Albert Lea Tribune

Packing up the pounds

This month, the donations brought in to participating food pantries can count for a little extra.

When food shelves participate in Minnesota FoodShare’s March campaign, they report the dollar tally of cash donations and pound count of food donations to the program, which then uses a formula to calculate how much money the pantry will also receive from FoodShare funds. 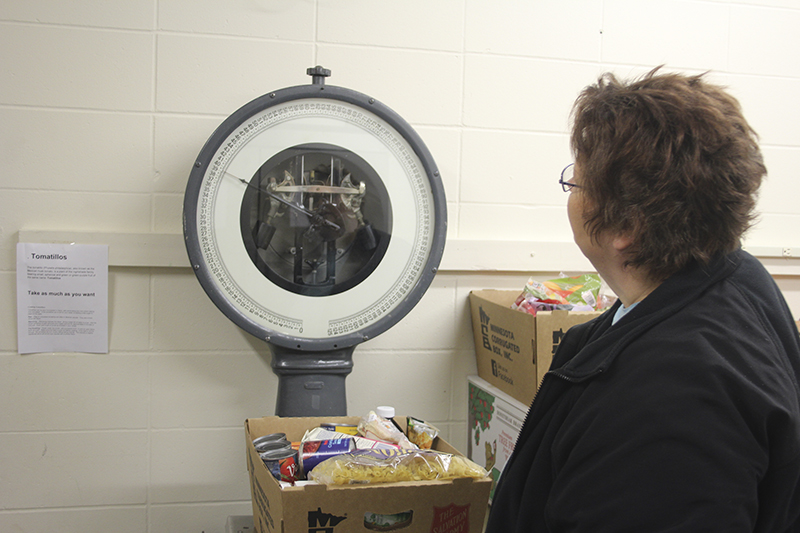 Volunteer Jean Miller watches the scale to see whether the box is heavy enough to shelve or whether it should be filled with “extras” — things like sacks of sugar or miscellaneous donations not specifically designated for standard box inclusion. – Sarah Kocher/Albert Lea Tribune

The pound count is not a direct comparison between pantries, however, because although both locations receive their food in similar ways — from Channel One Regional Food Bank in Rochester, from donations and through drives like the Big Freeze, the postal carriers and the Boy Scouts, whose proceeds Simonsen said the two organizations split 50/50 — they do not distribute the food in the same way.

At the Ecumenical Food Pantry, those receiving food can choose what they want to take home with them. There are caps based on family size, but individuals can decide, for instance, what type of cereal they want from the offerings the pantry has. Therefore, the pound amount can fluctuate between families even of the same size.

At the Salvation Army, boxes of non-perishables are pre-packed by volunteers and weighed. For a one-person household, the box weighs in at 19 pounds. For families of two or three, the box weight is upped another 10 pounds to 29. Add another 10 pounds to hit 39 for families of four or more. These weight counts do not include perishable food items, like meat, that are also dispensed. 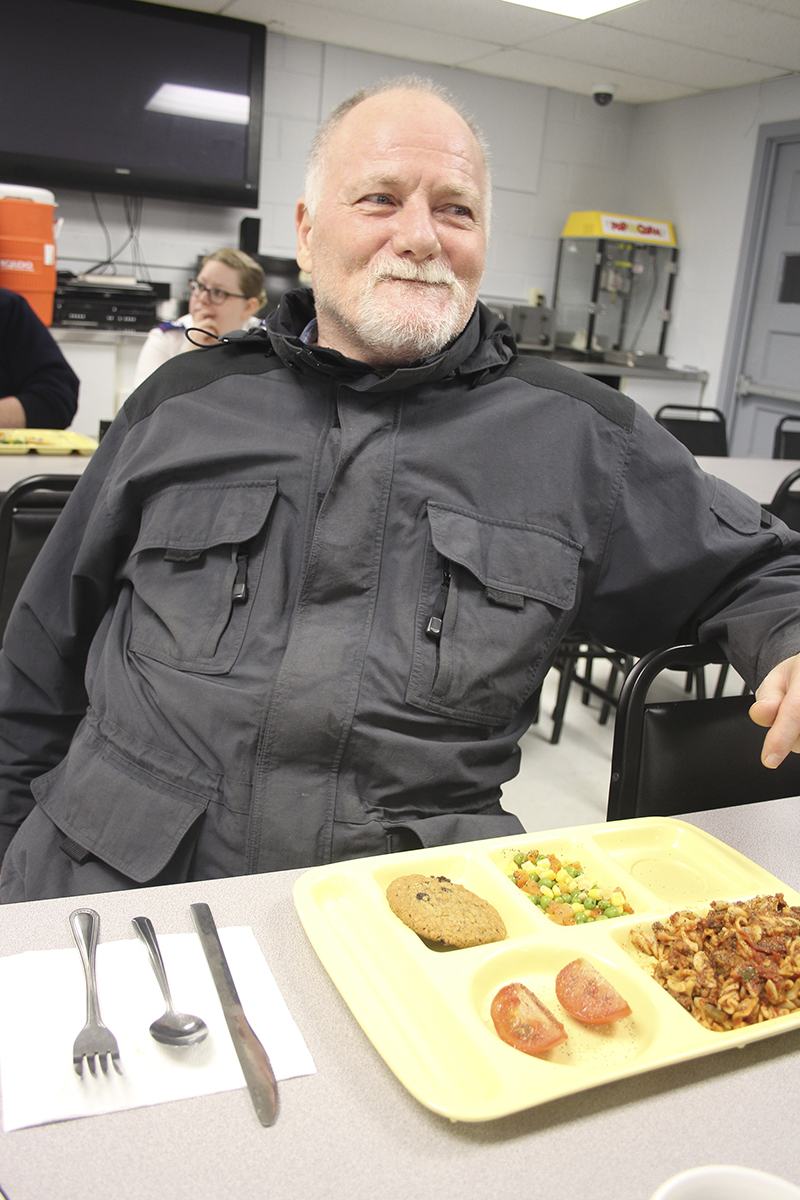 Steven Butler eats midday meals at the Salvation Army but collects non-perishables from the Ecumenical Food Pantry because he likes the choice it gives him over what food he takes home. – Sarah Kocher/Albert Lea Tribune

Although the FoodShare dollars come in in March, that isn’t necessarily when they will be used.

“When we don’t need it, the money, as much in March, then we use it for other months that we need extra stuff,” said Salvation Army meal site chef and food pantry coordinator Joyce Theis (for “extra stuff,” think holiday turkeys).

At neither place is there an income cap for those receiving food.

“We don’t turn anyone away because everybody can have a rough month,” Theis said.

While the Ecumenical Food Pantry serves only Freeborn County residents, the Salvation Army does not have that stipulation. However, Mead estimated 95 percent of the people it serves through the food pantry program are residents of Freeborn County.

Theis estimated 10 percent of those served by the Salvation Army’s food pantry program are senior citizens. The organization also serves many single-person households, she said. 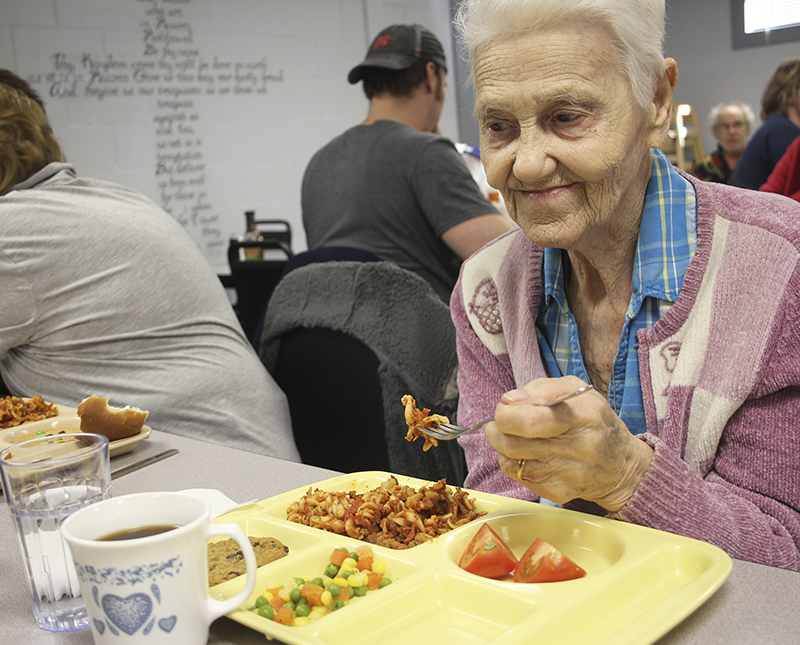 Janice Dero enjoys a midday meal at the Salvation Army with her son, Steven Butler. She said it provides her a place to get out and socialize. – Sarah Kocher/Albert Lea Tribune

Although Ecumenical Food Pantry volunteers Simonsen and LeAnn Knutson, also a board member, said they also receive a number of single-person households, their outlook on the senior population they serve is different.

“I guess one thing I’m always amazed is we don’t have a lot of senior citizens,” Knutson said. Simonsen said she believes there are more who need it than they are seeing, but isn’t sure what is keeping the numbers at their current level.

Although Simonsen said it used to, the Ecumenical Food Pantry is subject to regulation that means they are no longer allowed to track whether individuals receiving food are also receiving food from other food pantries in town.

Steven Butler eats hot meals at the Salvation Army with his mother, but said he accepts food from the Ecumenical Food Pantry because he likes the choice it gives him.

“When you live on a fixed income, it helps a lot,” he said of the food programs.

Donations of food or money to participating food pantries during March will be factored into Minnesota FoodShare’s March campaign. Theis, Knutson and Simonsen said community donations are what help keep the programs serving the community.

“If we didn’t have all these food drives and we didn’t have, you know, the community to support us, you know, we wouldn’t be able to do as well as we do and have these stocked shelves as we do,” Theis said.

Food drives in March include the Boy Scouts’ March 24 “Scouting for Food” event. Those who wish to participate can place non-perishable items they wish to donate in a bag outside their door by 9 a.m. that day. Scouts will canvas neighborhoods for food items. Trades & Labor Federal Credit Union is also holding a food drive through March 30, where non-perishable items can be dropped off between 9 a.m. and 5 p.m. Monday through Friday. 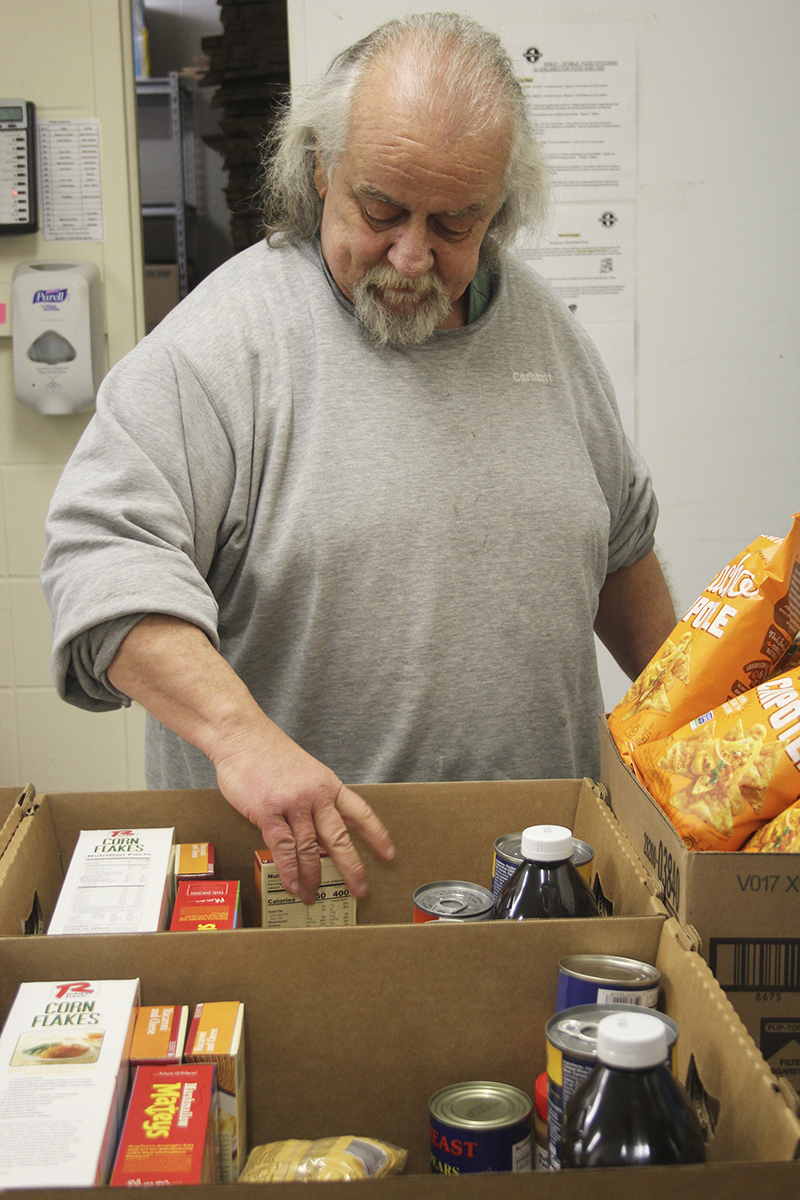