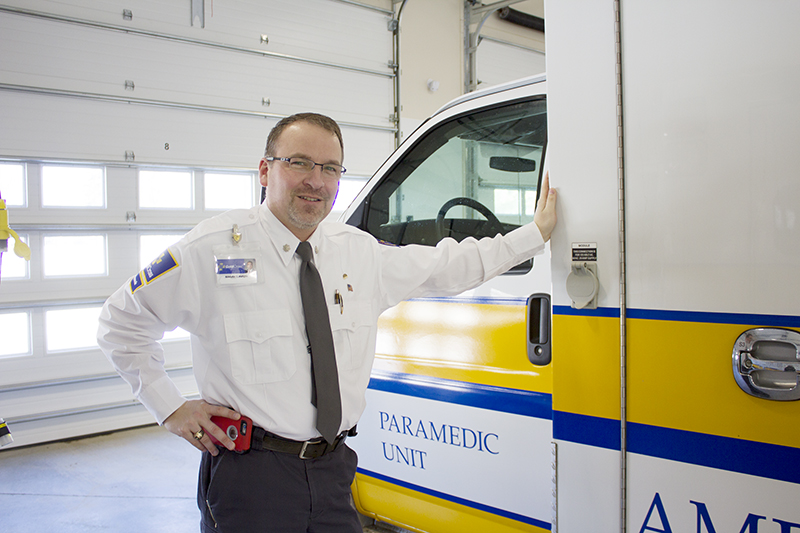 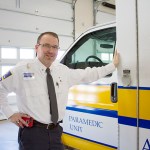 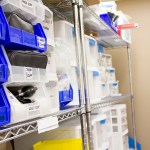 Supplies are kept in a room at the facility. — Sam Wilmes/Albert Lea Tribune 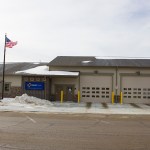 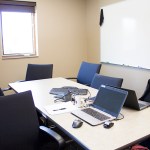 The completion of the approximately 8,000-square-foot Gold Cross Ambulance building has made it possible for eight new full-time positions and enabled shorter response times for first responders — possibly allowing for the lives of patients to be saved.

The technologically advanced building has the capacity for five ambulances and features storage, training and rest space for employees.

“I’m a biased opinion, but I would say it’s probably one of the best, if not the best, ambulance facility in the state of Minnesota in terms of technology and integration and design, certainly a significant investment for Gold Cross,” said Kristofer Keltgen, Gold Cross regional manager of operations.

Construction of the facility lasted from June to mid-October. Gold Cross faced some pushback from local residents last spring because of the location of the facility near a residential neighborhood and for other reasons. The plan was approved by the Albert Lea City Council in late March 2017.

“This has been on our radar screen for years,” Keltgen said. “This type of facility has been needed in the community.”

The facility consolidated services spread in different locations and is expected to address the growth in call volumes at Gold Cross.

“If we’re going to build a facility, what does it need to do in terms of capabilities to position us well for the future?” Keltgen said. “The benefits of a lot of that planning now are realized because of that.”

“Sometimes seconds really do matter,” he said. “That certainly helps.”

“We couldn’t be happier,” Keltgen said. “It’s a gem. It really is. It’s by far, of all the facilities we own across Minnesota and Wisconsin, it’s certainly the nicest. It’s also the newest, but we put a lot of time and effort into making sure everything was just right.”

Gold Cross is a not-for-profit subsidiary of Mayo Clinic. The ambulance service in Albert Lea integrated with Gold Cross on March 1, 2013.

“The facility is absolutely fantastic,” she said. “There’s enough room for the call crew to sleep at night until they get called in, then we got comfortable seating. The kitchen is fantastic — we can bring in food and cook.

“And we tend to make big meals and share with everyone, especially on holidays. We’ll cook everything, and then the Fire Department and Police Department will eat with us.”