Growing into the role 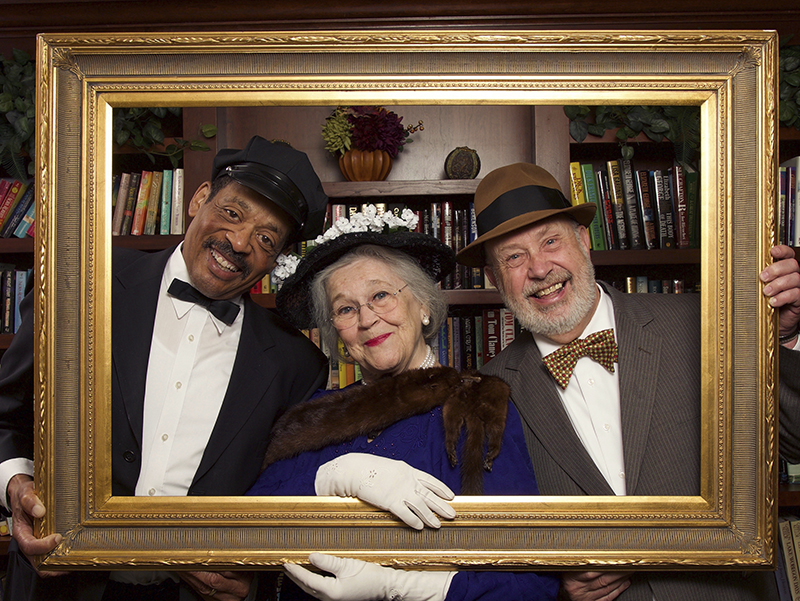 For the actress playing Miss Daisy, it won’t be her first chauffeured trip around the block.

Mary Kay Fortier Spalding played Daisy once before, close to a decade ago.

“Driving Miss Daisy” spans 25 years of a life. The audience meets Daisy in her early 70s and sees her through her 90s. Now, Fortier Spalding is starting at a similar age as the character she will be playing.

In the Pulitzer Prize- and Academy Award-winning story, Miss Daisy is forced into having a chauffeur by her son, Boolie. Daisy is not happy about the dependence it creates on Hoke, her chauffeur who is a black man. The play follows Daisy and Hoke as their relationship grows and changes through the time they share.

It will be on stage in Albert Lea at 7:30 p.m. Thursday and Friday at Marion Ross Performing Arts Center.

Peterson said the group got together to perform the play upon Fortier Spalding’s instigation.

“Mary Kay took my arm and twisted it behind my back really hard,” Peterson said jokingly. “And I said to Mary Kay, ‘Mary Kay, I can’t play your son.’ And she says, ‘You play young, and I play old.’”

Everyone in the cast is over 70, including the director. Even the soundtrack is over 70 — in cue count, that is. (There are 78 sound cues.) Peterson and Fortier Spalding called the soundtrack the show’s fourth character.

“This is the dream age for 70-year-olds who like to do this work,” director George Spalding said.

Fortier Spalding said the show speaks to her life now and the things she has been experiencing as she ages.

“I think we’re in that place,” Fortier Spalding said. “I think in a lot of ways it speaks to, certainly as you know, getting to be older, it certainly speaks to the things in my life that are pointed out on a regular basis.”

In addition to the personal connection, the show still attains that cultural relevance, Fortier Spalding said. She believes the play has a little more gravity than the movie.

The group has been rehearsing “Driving Miss Daisy” for a year now and performed the show in Ely during the summer. Now, the group is taking the show on the road.

“We want to be able to keep it small enough, keep it intimate enough to take it out,” Fortier Spalding said.

They started a theater company to do it, too: the Happy for That Theater Company. Peterson said they kept the furniture simple so they can keep it in trailers to travel with.

The action will move forward in vignettes, with three pools of light designating the house, the car, Boolie’s office and a nursing home.

“It’s more intimate than the movie,” Spalding said of the play.

Fortier Spalding said working on “Driving Miss Daisy” has felt “right.” It’s a story about finding good companionship, Peterson said — he calls it a love story, albeit not the romantic kind. It brings up memories of Fortier Spalding’s own friends and relatives.

“I think it’s happy, it’s sad, it’s reflective in that we really are dependent on each other,” Fortier Spalding said.

Who: Happy for That Theater Company

More info: Tickets are available from the box office, by phone at 1-877-730-3144 or online at actonbroadway.com