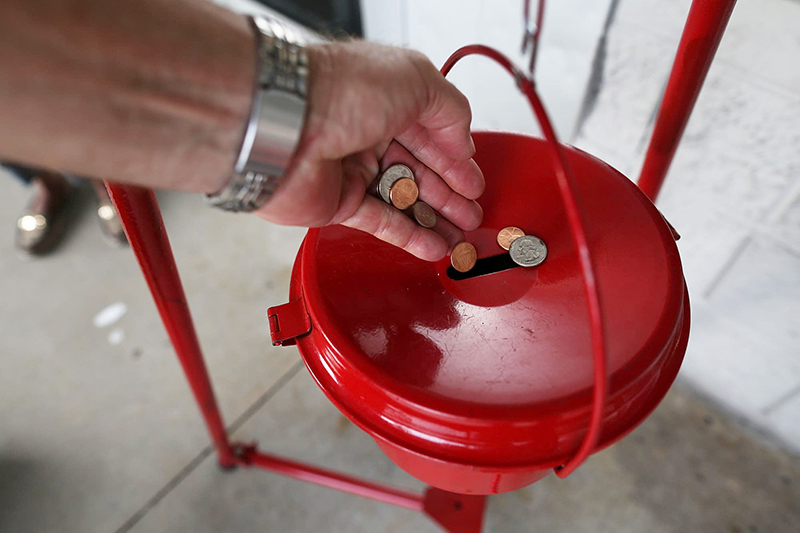 A donation is made into a Salvation Army red kettle in 2017. - Joe Raedle/Getty Images via MPR News

The law greatly expands the standard deduction, giving fewer people reason to itemize and reduce their taxable income through donations.

In Minnesota non-itemizers can deduct half of their charitable giving over $500 dollars. The Minnesota Council of Nonprofits Public Policy Director Rebecca Lucero said the state should eliminate those restrictions.

“We want to remove that $500 floor so that someone who’s only able to give $400 or $100 is able to recognize that benefit,” she said. “We also want to encourage more giving and so removing that 50 percent limit from the deduction can help.”

Lucero said she’s hoping lawmakers will incorporate those changes in other tax code updates prompted by the federal law. Republicans control the state Legislature and Lucero said some have indicated they’re willing to consider changes to the state’s charitable giving law.

If they do, she’s convinced Minnesotans will give more to nonprofits.

“We know that 30 percent of donations occur in the month of December and so people give because they care, but they give more because they understand and appreciate the tax benefits that come with it,” Lucero said.