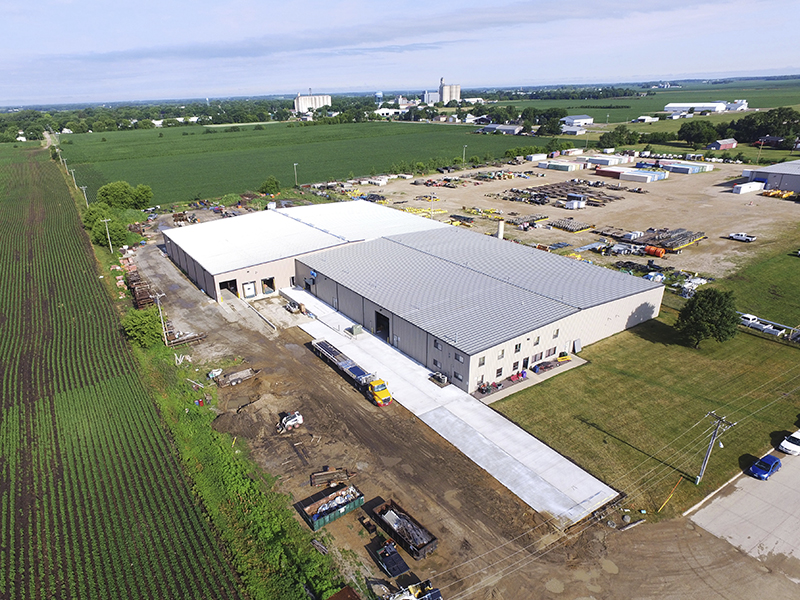 ADA Enterprises of Northwood doubled the size of its facility. - Provided

ADA Enterprises has announced its recently completed construction project that has more than doubled the size of the manufacturing facility. The project marks the largest expansion in the company’s history.

Founded by Allan and JoAnn Stensrud, ADA Enterprises began manufacturing and selling Dura Trac plastic coated steel animal flooring for use in swine farrowing and nursery barns in the United States and Canada. In 1993, ADA built a new facility in Northwood, which combined all the company’s operations in one location. The move allowed the company to expand into other agricultural and animal markets.

According to a press release, ADA began manufacturing and marketing Premier Polysteel commercial outdoor furniture and site amenities in 1997. The company’s growth in those industries required an expansion to accommodate increasing customer needs.

The addition is the home to a new, environmentally friendly and state-of-the-art plastisol coating line. All products are now produced more efficiently to allow for continued manufacturing growth. Also included in the expansion are additional inventory storage space, improvements to increase overall efficiency and additional office space to house sales staff who are being recruited.