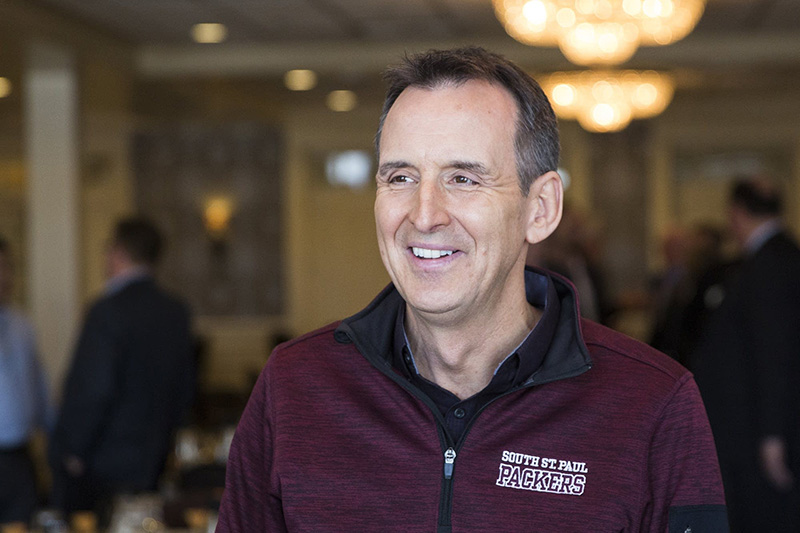 Former Minnesota Gov. Tim Pawlenty speaks to reporters after a speech inside of Edina Country Club in Edina on Friday. Evan Frost/MPR News

ST. PAUL — Former Minnesota Gov. Tim Pawlenty announced Monday he created a campaign committee to run for his old job, the most concrete step yet after months of speculation whether the Republican would return to politics following his short-lived 2012 presidential campaign.

Pawlenty has been inching toward a run for months, recently quitting his Washington lobbying job and starting to raise money for a potential bid to replace outgoing Democratic Gov. Mark Dayton. In an emailed statement from a new campaign website, Pawlenty touted his credentials as a potential candidate while promising a final announcement soon.

“As a two-term governor, I know what it takes to lead our state in the right direction at this pivotal moment in American history,” he said.

Minnesota law requires candidates to register a campaign committee within 14 days of collecting $750 in donations or spending an equal amount. Pawlenty has started to raise money for a campaign, including an upcoming fundraising trip to Florida.

Pawlenty told The Associated Press and other reporters just last week he was “warming up the engine” for a possible bid.

To make it official, he’ll have to file for the office with the secretary of state. He would bring unparalleled name recognition and fundraising ability to a Republican field that has struggled to raise money. But a Pawlenty reboot also comes with the political risk of his recent work.

After a quick flameout in the 2012 presidential election, Pawlenty joined the Financial Services Roundtable in 2012, making more than $1 million a year while lobbying on behalf of the nation’s largest banks.

On his new campaign website, Pawlenty referenced that five-year stint only as serving “as the leader of a large trade association.”