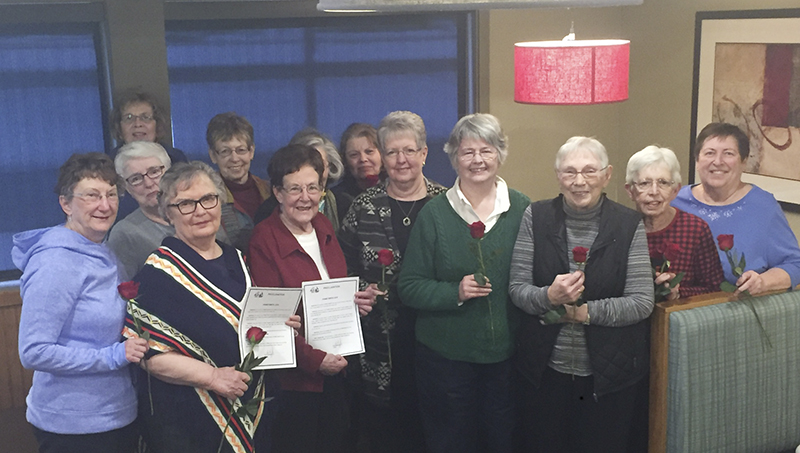 Women Primetimers from United Methodist Church are recognized for their contributions during a recent meeting at Perkins in Albert Lea. - Provided

Primetimers of United Methodist Church of Albert Lea met at 5:30 p.m. Saturday for dinner at Perkins in Albert Lea, with a number of men and women in attendance. John V. Smith and Elaine Smith sponsored the group meeting for March.

John V. Smith led the group with a brief presentation about women’s history since March is Women’s History month.  He also presented each woman with a rose, donated by Hy-Vee, and a proclamation signed by Mayor Vern Rasmussen Jr. recognizing the women of Primetimers and honoring March 24 as their special day. Perkins gave a discount to every woman in attendance.

According to the Smiths, they asked for the discount because women still earn 77 cents for every dollar earned by a man for the same job.

Women make up 46.9 percent of the U.S. labor force; women are only 14.3 percent of executive officers, and 8.1 percent of top earners, according to a press release.

Many Minnesota outdoor recreational facilities, buildings are in disrepair