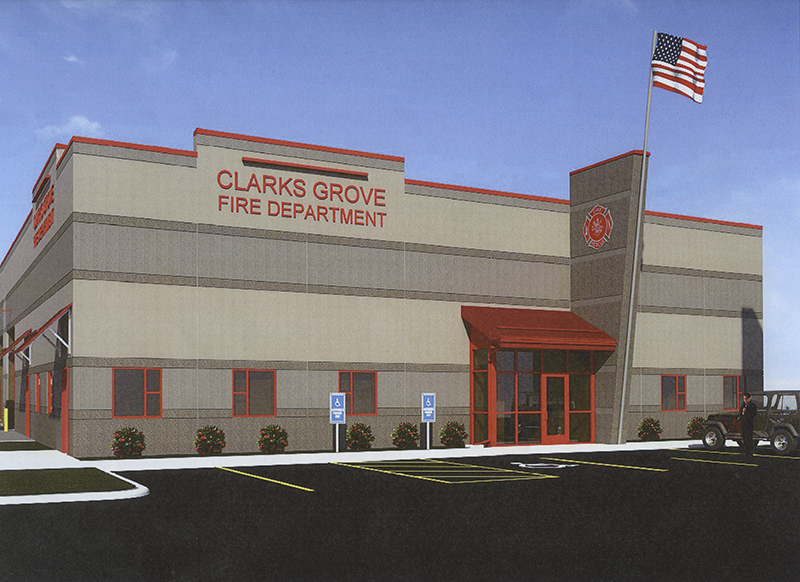 Pictured is a rendering for the new Clarks Grove Fire Department after a tornado badly damaged the station in March 2017. - Provided

CLARKS GROVE — On March 6, 2017, a tornado tore through Clarks Grove, causing extensive damage to the city’s fire station, along with many other buildings in the area.

Today, the city is coming closer to starting construction on a new $1.4 million, 7,240-square-foot fire station on the land of the current station, without having to raise taxes.

The fire station is expected to hold five fire trucks. Apparatus bays will be able to host fundraisers, and the new building will be up to code. 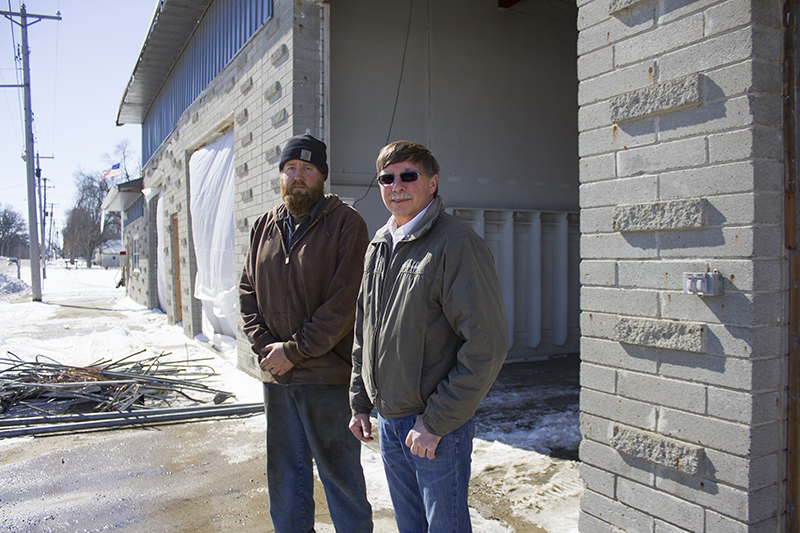 Clarks Grove Fire Chief Steven Thisius and Mayor Bruce Hansen are gearing up for the construction of a new fire station and community center after a tornado last year heavily damaged the current building. Here, they stand at the former station, which will be torn down to make way for the new facility. – Sam Wilmes/Albert Lea Tribune

The space will also be able to be used for community events, along with the Clarks Grove City Council meetings.

After months of work following the tornado, the city obtained insurance funds from damage the tornado caused and received assistance from the Minnesota Tornado Fund. The city expects to receive an additional grant, and because of approximately $100,000 to $150,000 of city funds, taxes will not need to be increased for the project.

“The building committee and the council, I think, were both very happy about being able to put up a new, user-friendly, up-to-date facility that wouldn’t burden the taxpayers,” Hansen said. He described the planned facility as “a 100-year building.”

The new facility is expected to include a kitchen, more room for firefighters to put their gear on and trucks to enter the station. The outside of the building will feature red doors and red trim.