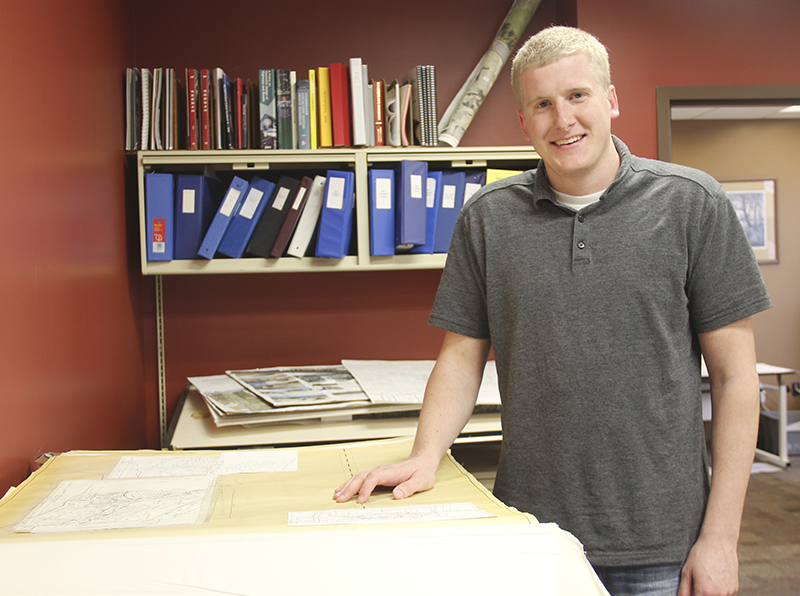 An Iowa native in February started as the new civil and environmental engineer for the Albert Lea engineering department.

He attended Iowa State University and graduated in December with a degree in civil engineering with an environmental emphasis. He said he previously completed internships with the Department of Transportation and other organizations in Des Moines.

He said he was looking for a job and found the one in Albert Lea. He and his family often came up to Minnesota for vacations, and though he had never been to Albert Lea before, he knew he liked the state.

He also liked the city’s proximity to the Twin Cities, Mankato and Rochester.

Syverson said he grew up on Lake Okoboji, and he liked the lakes in Albert Lea, too.

He officially started with the city Feb. 12 and said since then he has been busy working on a lot of annual reports for the city about wastewater treatment and the storm water program. He has also been doing some estimating for some of the city’s projects.

With his role as environmental engineer, he said he will be involved with a lot regarding the city’s water and permitting. In the summer he will also be involved with the street construction projects.

He said he has enjoyed his time so far with the city and has been busy learning all of Minnesota’s laws that relate to his job.

He has been working with Phil Wacholz, who had the position before him and was promoted to assistant director of public works. Wacholz now works in the City Garage.

Syverson said he enjoys being able to see Fountain Lake every day he goes to work as the city’s engineering department overlooks the lake, and he looks forward to the outdoor activities he can enjoy on the lake in the summer, including boating, fishing and water sports.

He moved to Albert Lea with his girlfriend, Shannon Rohlk, who works in the medical surgical unit at Mayo Clinic Health System in Austin.

“We think he’ll be a great asset to the city,” Jahnke said.