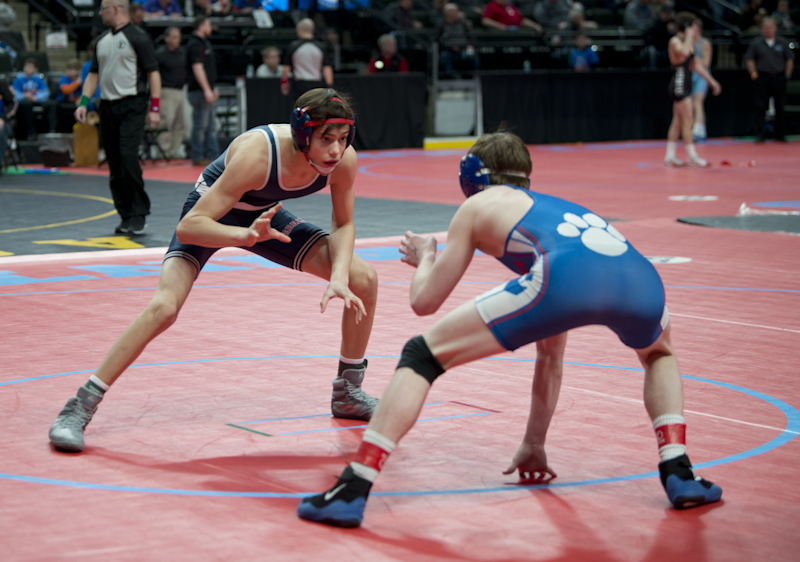 Although his semifinal was considerably closer in score than his previous two matches, Legred managed to hold his opponent scoreless for the third straight match, winning 3-0 at 126 pounds.

After finishing the first period scoreless, Legred got an escape point in the second followed by a takedown in the third. In his three matches so far in the tournament, Legred has outscored his opponents 30-0.

He will wrestle in the finals later tonight, looking to become the first multi-champion in United South Central history. His opponent will be Michael Suda (36-3) of Pipestone Area.

Follow @altribunesports on Twitter for live coverage and check back to the Tribune for results as they become available.