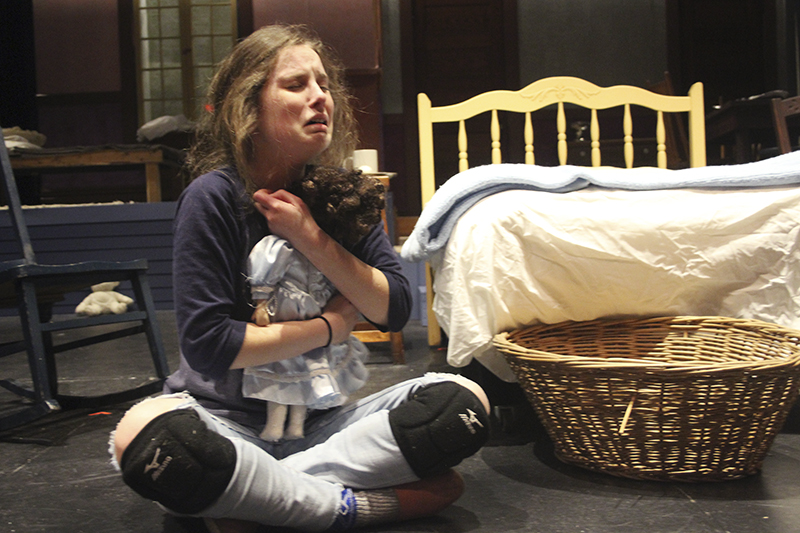 “The biggest challenge is definitely that I have no experience being blind and deaf,” Zsofi Eastvold said. Because Helen Keller was blind, deaf and did not use spoken language to communicate, Eastvold’s acting will comprise entirely of facial expressions, movement and vocalizations.

“The Miracle Worker” tells the story of Helen Keller and her teacher, Anne Sullivan, who agrees to take on a spoiled, wild Helen as her student. After a small but hard-fought success, Sullivan convinces the family to let her have full charge of Keller for two weeks to make headway in Keller’s education.

Eastvold auditioned for Helen Keller’s role because she wanted to honor the historical character. 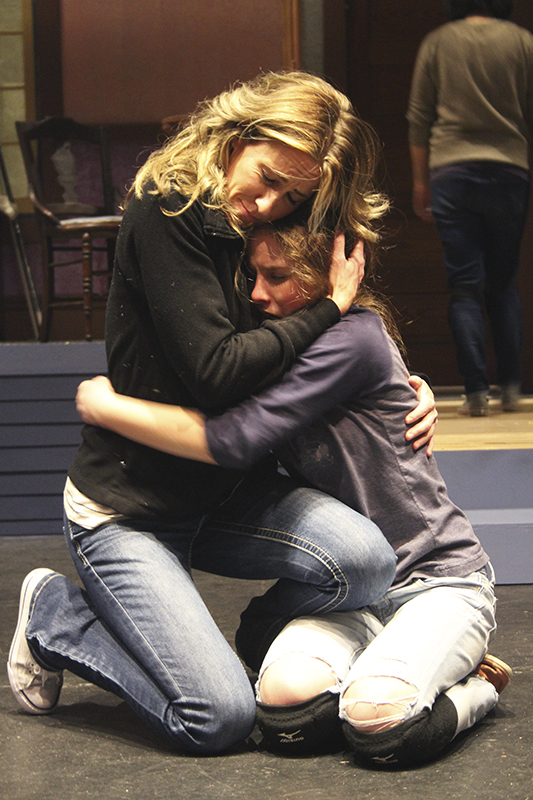 “I looked at it and I thought, ‘Wow, I could definitely learn a lot from that,’” she said of the role.

The closest Eastvold came was a blindfolded tour of the stage, which she said made her more aware of how she discovered things she wouldn’t have explored when she was experiencing the set with sight rather than touch.

The signing involved in “The Miracle Worker” is Eastvold’s first experience with the language, but she has a teacher.

When Nelsen showed up to auditions, director Glen Parsons said he didn’t have anyone in mind ahead of time for any of the roles. For someone to play Anne Sullivan, they would have to learn ASL and be comfortable with it before showtime. Parsons was predicting quite the learning curve before Nelsen came.

Nelsen’s only intention was to be involved in the play in some way; she said she didn’t intend to take on one of the two biggest roles in the performance.

So instead, there’s a different learning curve taking place.

“She has a ton of lines,” Parsons said. “That’s really tough for a first show.”

But through her participation, Parsons said Nelsen has been a huge help.

“She’s been the biggest resource for us,” he said.

Through conversations with Nelsen, the cast has slightly altered the hand positioning for the signed portions to cheat to the audience. Parsons said that while, in a professional situation, Nelsen would sign underneath the client’s hand, for the audience to see the signing she and other cast members will be signing on top of an open palm. 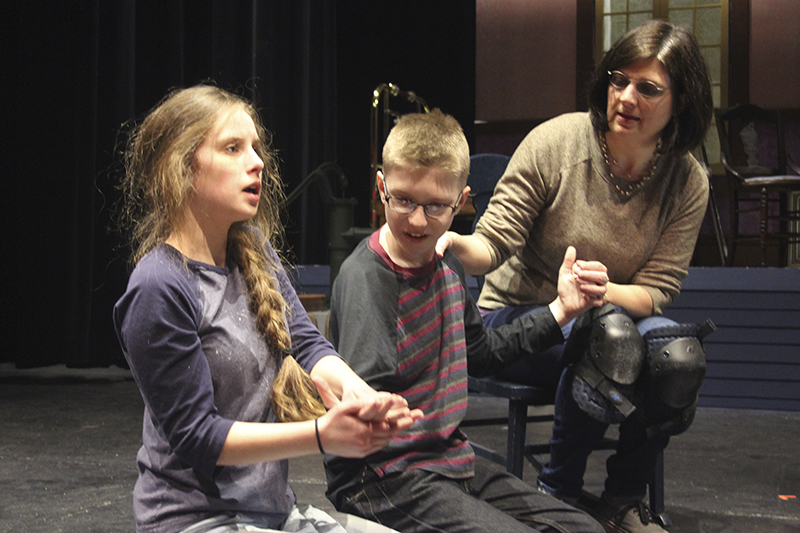 “I think that’s kind of a cool part of the play, getting to watch how their fingers move,” Eastvold said.

While Parsons said he considered it, there will be no interpreters for “The Miracle Worker” audience members. The only sign language will be that incorporated into the play. Parsons said the play is intended to raise awareness about how people can be more accepting of any disability.

For the set, Parsons has opted for a semi-portable approach that is more minimalist than plays he has directed in the past. While portions of the set, including the dining room and a bedroom, are full sets on the back portion of the stage, the only wall on the stage is the back one. The sets are more open-air, with other locations depicted on the front portion of the stage through props brought in and carried back off-stage by actors. The space of the garden house is defined by a single door frame and a few pieces of furniture.

“It’s a little scary, but at the same time, it’s working,” Parsons said of the set stylings.

He has also added music to the show, which is not in the script. Parsons said he would like it to build underneath the action like a movie score.

“I want this to be a really emotional experience,” he said of the play.

For Eastvold, the show is also a message about perseverance and determination.

“I hope when they come to see this that they can take away that even when you’re looking at a situation and you think, ‘Oh my gosh, that is impossible. There’s no way that’s ever going to happen,’ that they can see if you keep working on it and you don’t give up, then it can happen if you just don’t stop believing in yourself or the people around you.”

For Nelsen, the play has the potential to carry a message about capability. Her hope, she said, is that the play makes people realize “that deaf people can.”

“People with disabilities can do whatever they want,” Nelsen said.

What: “The Miracle Worker”