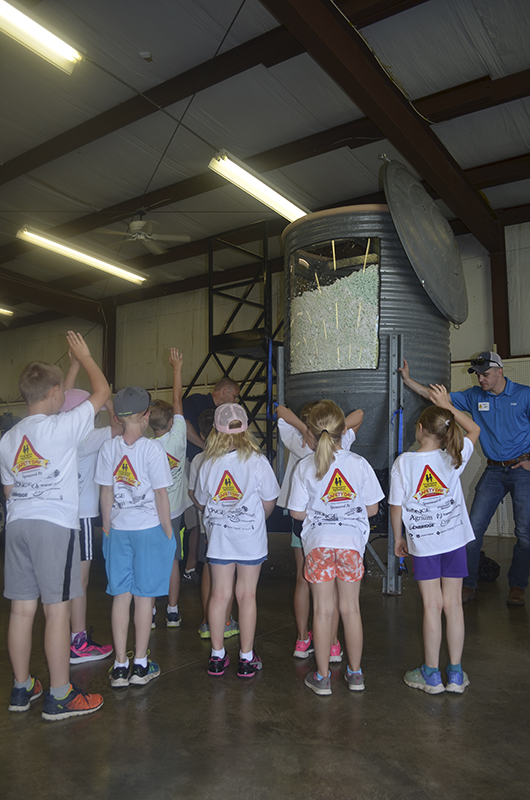 With the continued arrival of snow and low temperatures deep into April, a local farm implement salesman spoke a note of caution. As the time frame for planting gets squeezed and people hurry and worry, the rush can be hectic and dangerous.

“People when they’re in a hurry sometimes forget about safety,” said Steve Garbisch, who does sales and marketing for Rueter’s Equipment in Albert Lea. “… We get later and later this spring, and when it does break and when we can go to the field, everyone’s going to be really excited and really wild and then that’s when accidents happen.”

Garbisch said he has seen an increase in conscientiousness in both area farmers and equipment producers where safety is concerned.

“I think we see people today that are more conscientious if they have a machine that has the shield broken or missing that they come in and they make a real concerned effort to try to get those parts replaced for their safety or their family members that may run it,” Garbisch said.

The complexity of current machinery may also factor into safety concerns. Garbisch said he tries to encourage customers to come back with questions about their equipment.

“It does take a little bit of thought to operate them safely sometimes,” he said.

While many of the strides Garbisch noted were not made within the last few years, he said a lot of current safety considerations — equipment that requires a seat in the seat to switch the machine into gear, for example, to avoid getting any fingers caught in running machinery — have come around within the past two decades.

“I think the last 20 years has really caught this as far as trying to make these as safe as possible,” Garbisch said.

Additionally, equipment manufacturers and sellers are putting a further emphasis on safety, he said.

“It’s hard to find a page in an owner’s book that does not have some kind of a safety tip in it,” Garbisch said.

According to Garbisch, equipment safety issues have also translated to road safety issues as farmers use roads to move and drive large, heavy machinery between lots of acres and at night. Most of the equipment sold now has an amber-colored rotating beacon for visibility on the roads.

The audience Katie Pestorious works with is not driving heavy equipment on the road. At this point, they’re not driving at all.

Pestorious is coordinating the fourth Progressive Agriculture Safety Day for children between kindergarten and third-grade age. This year’s topics include power take-off safety, grain safety, first aid, water safety, electrical safety, fire safety, weather safety, kitchen safety, railroad safety and knife safety. Kitchen safety, railroad safety and knife safety are new this year. Presentations are made by volunteers from several community organizations, including the Freeborn County Sheriff’s Office, Gold Cross Ambulance Service, Mayo Clinic Health System in Albert Lea and Austin, the Department of Natural Resources, Freeborn-Mower Cooperative Services, the Albert Lea Fire Department and Kibble Equipment out of Blue Earth, among others. All of the safety topics are chosen from over 50 put together by the national non-profit.

Furthermore, almost all of the topics translate for those who don’t live on a farm.

“We want to make a point out there that it’s not only for farm kids,” Pestorious said. Even for children without personal farming connections, it’s still a rural, agriculturally rich area, she said, and therefore relevant for many. Also, most of the topics are more general safety discussions.

Pestorious said the lessons are reaching students when they are starting to learn more, observe more and be more independent.

“The kids actually take it to heart on what they’re being taught and told and told,” Pestorious said.