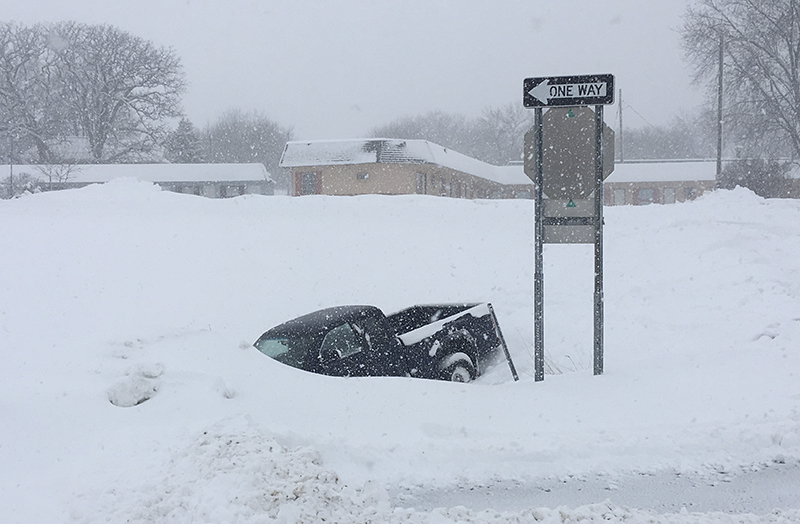 A truck slid into the ditch off of U.S. Highway 69 in Albert Lea Wednesday afternoon. - Sarah Stultz/Albert Lea Tribune

As of 9 p.m., 9 inches of snow had fallen in Albert Lea, 10 in Northwood and 11 in Glenville, according to measurements taken at the National Weather Service. Light to moderate snow was expected to continue moving east across southern Minnesota into the evening.

The snow came on the heels of a weekend storm that delivered another 8 inches of snow on Albert Lea and higher totals in the Twin Cities. 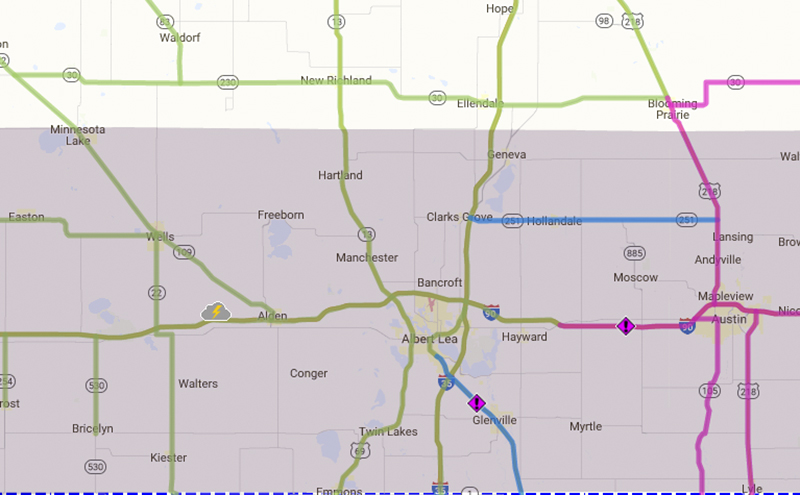 Roads on state highways had improved by 4 p.m., according to the Minnesota Department of Transportation. Provided

Snow began around 9 a.m. Wednesday and fell at rates of more than an inch an hour, leading to snow-covered roads and poor visibility.

Cars could be seen in ditches on East Main Street and U.S. Highway 69 in Albert Lea in the early afternoon.

A winter weather advisory was in effect for Watonwan, Blue Earth, Waseca and Steele counties. 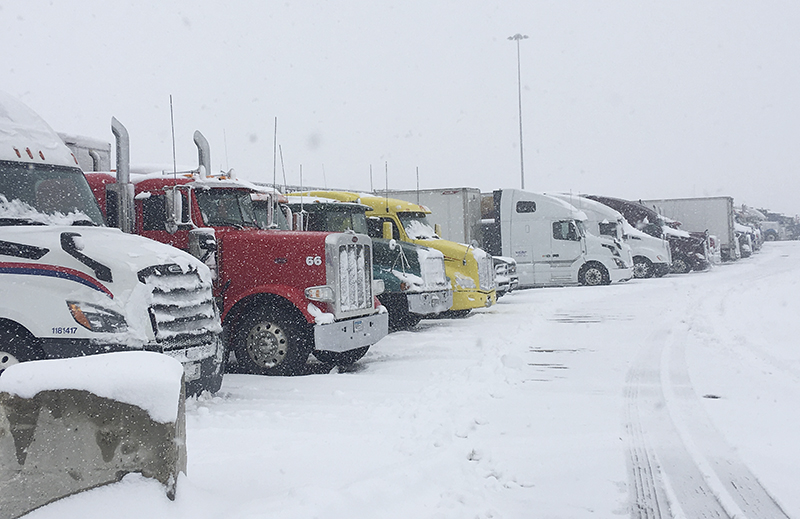 Semis line up in the back of Trail’s Travel Center as heavy snow fell Wednesday afternoon on Albert Lea. – Sarah Stultz/Albert Lea Tribune