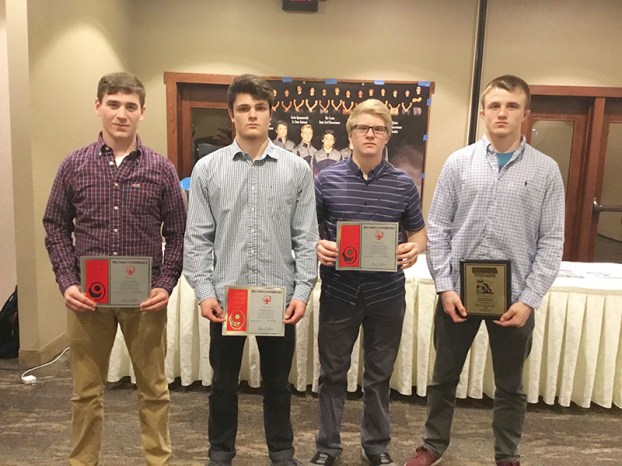 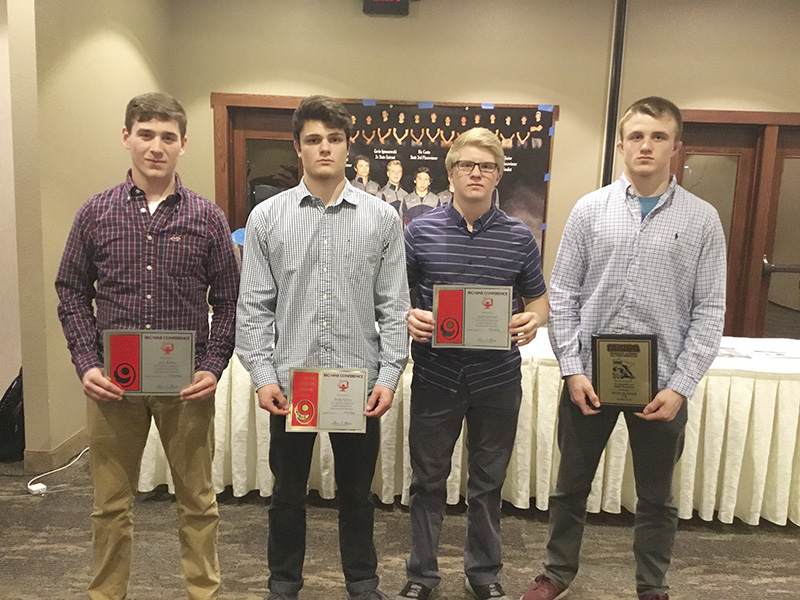 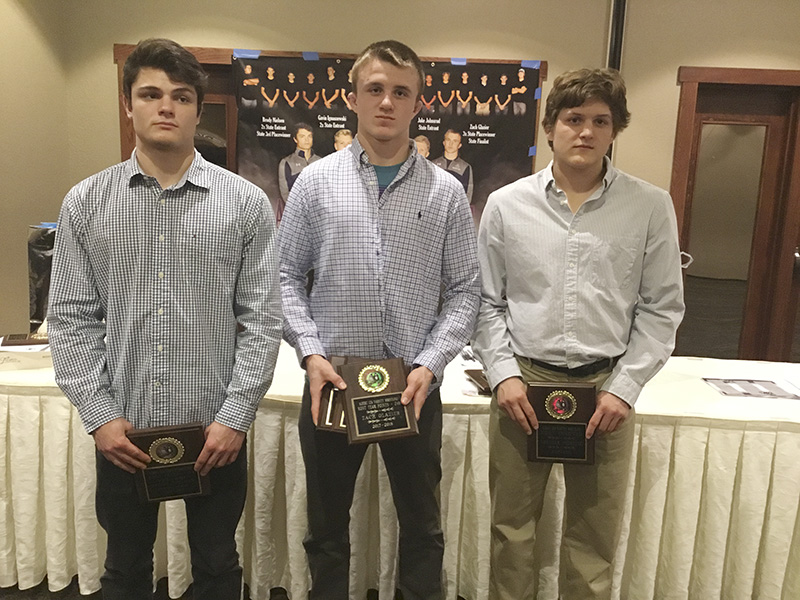 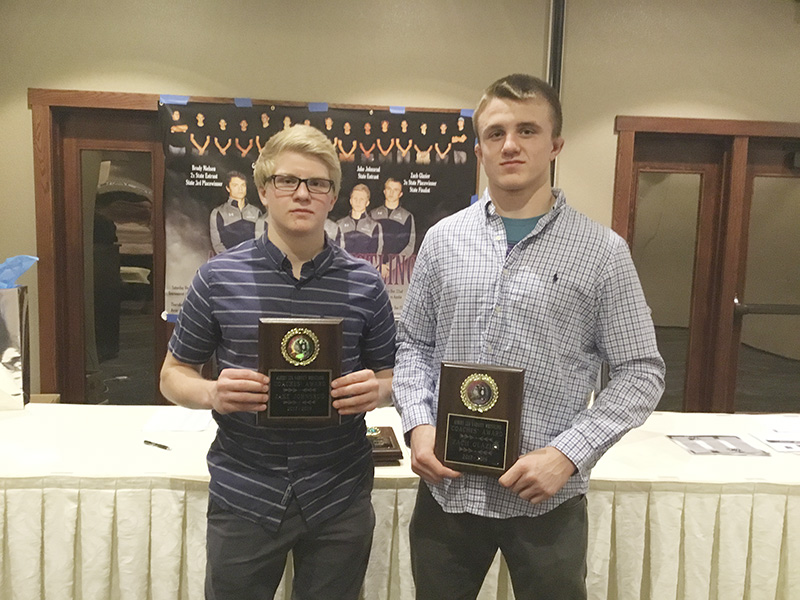 Johnsrud, left, and Glazier were awarded with this season’s Coaches Award. – Provided 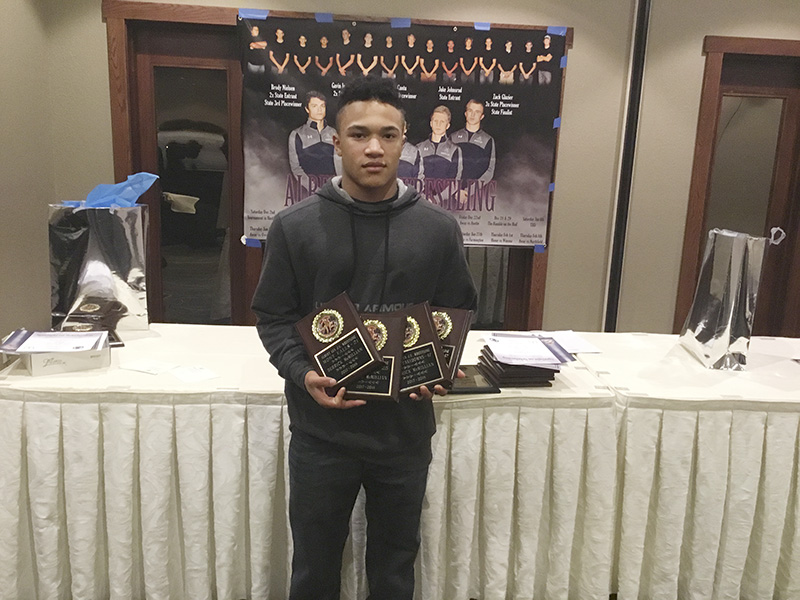 Seventh-grader Derrick McMillian was awarded the JV awards for most takedowns, most wins, most falls and most team points. – Provided