Building on each other 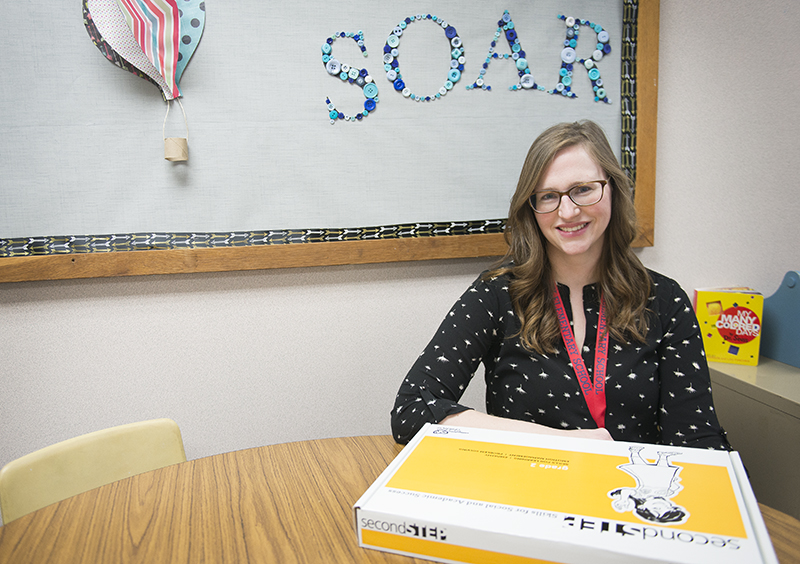 Counselors hired to help with many areas of success

Sibley Elementary School counselor Amanda Andrews was one of four elementary school counselors who have been hired at Albert Lea Area Schools to help students grow in all phases of learning.

“We collaborate together to try to have every school align, but there’s different needs at different schools, so we go with what we need.”

Andrews said she is surprised how early in life children learn the concept of the word empathy.

To help students develop empathy, Andrews places children in a situation where the other person is feeling an emotion.

“I’m always challenging them, like, ‘think of a time when it happened to you,’ or something like that,” she said. “I haven’t had a student who doesn’t get it, who doesn’t understand what empathy is.

“It’s building on each other.” 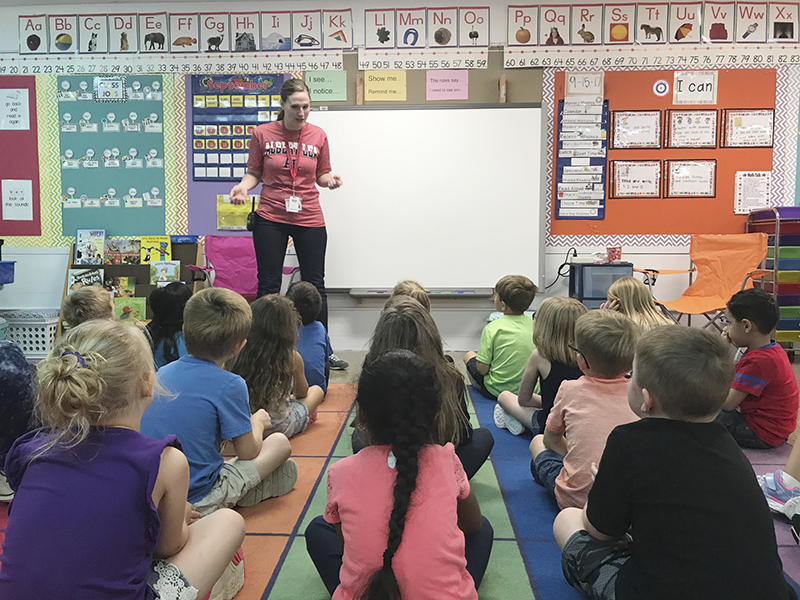 Andrews is a member of Sibley’s Crisis Response Team.

She estimated she oversees 28 to 29 individual students with behavioral difficulties on a weekly basis. In one instance, a student with self-control issues writes on paper, draws bubbles and places good and bad choices into boxes so he can distinguish between the two.

“They hang it up in his classroom, and he refers back to it,” she said. “It’s pretty cool.”

Andrews estimated she has met with 112 students in small-group settings this year and said she interacts with students in a “very patient way, and it’s also very student-focused, student-centered.”

“October is (Bullying) Prevention Month, so that whole month, all I did was bully prevention lessons,” she said. “And the kids remember them. When I go in, and we review the lessons that I’ve done, they’re like, ‘end bullying.’”

A Blooming Prairie native, Andrews, 31, received her undergraduate degree from Minnesota State University-Mankato. She later earned her master’s degree from Capella University after working at Federated Insurance in Owatonna for six years.

She is married and has two daughters.

Andrews said she enjoys the support she has received so far in her position.

“There’s been so much positivity around the position, and I’ve seen so many changes with some of the students, positive changes, and that is huge, to make a positive difference in the lives of the students and see them be their best academically and succeed academically,” she said.

“What you see is what you get right there,” Schultz said. “She’s honest. She relates well to kids.

“When we interview, we find what is a good fit. And she just fits right in here.”

Andrews said she wants students to understand they are loved on a daily basis.

“That the student would say ‘I matter’ to someone,” she said. “Someone cares.” 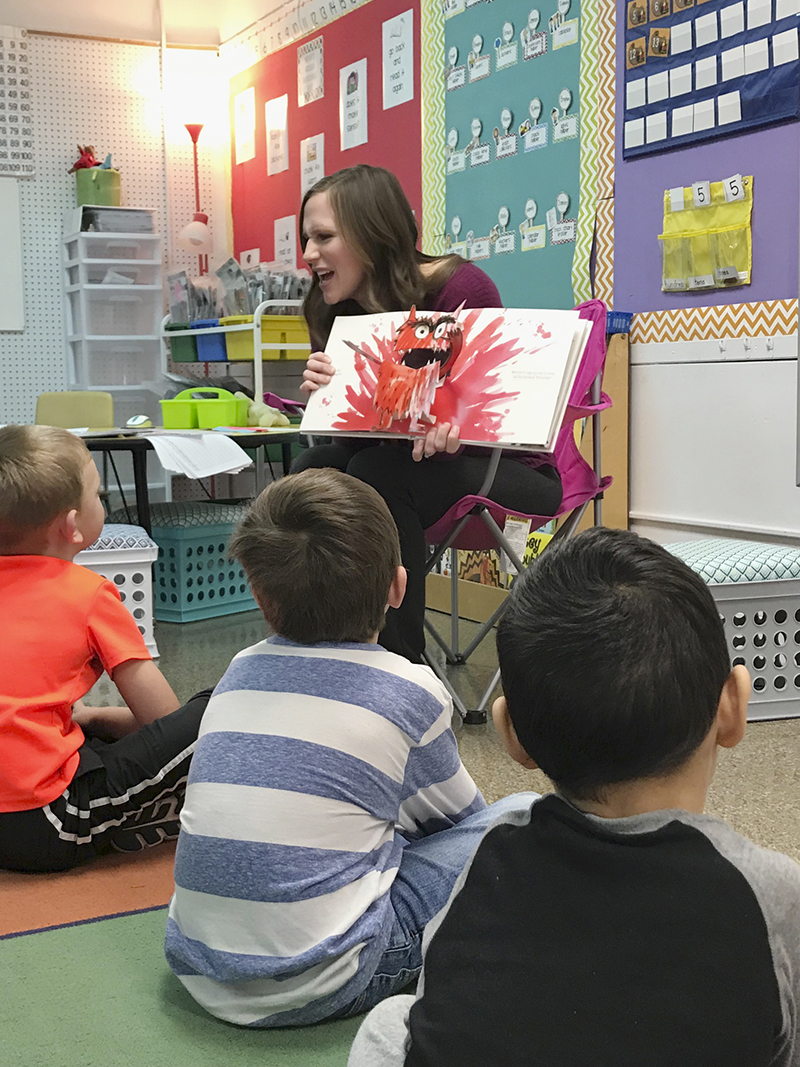 Andrews reads the book “The Color Monster,” a pop-up book of feelings, by Anna Llenas — which Andrews said is a student favorite. – Provided