Filmmaker in town; Albert Lea could be in documentary

Albert Lea could be featured in a documentary relating to the ever-increasing market shares of hospitals.

David Pace, a filmmaker for south Florida-based documentary production company Cora Media, is in Albert Lea through Wednesday to speak to local residents. 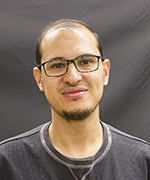 Pace’s visit comes 10 months after Mayo Clinic Health System in Albert Lea and Austin announced it would transition most inpatient services from Albert Lea to Austin.

He said he was drawn to visit the community after Dan Diamond of Politico wrote an article about local perceptions of Mayo Clinic, along with work done on the issue by veteran business journalist Casey Ross of health and medicine reporting firm STAT.

“It seems like a nice, ongoing story that would be good to cover, and the people here seem very active, and it seems like it’s kind of really galvanized the town, from the sense that I get,” Pace said.

He planned to attend Save Our Hospital’s fundraiser Saturday, but the event was canceled due to a winter storm. He plans to travel to Rochester today and leave Wednesday.

Pace said he will likely have a better idea of whether Albert Lea will be featured in the documentary next month, and he could return to the community this summer as Mayo transitions inpatient surgeries to Austin, while inpatient behavioral health transitions from Austin to Albert Lea.

“There’s a good chance we’ll be back, but I don’t know for sure,” Pace said.

He said the documentary’s focus would not be on Mayo’s approach to the transition.

“The goal isn’t to be kind of polemic, or we’re not trying to attack Mayo in that sense,” Pace said. “I’m just trying to explore the realistic sense, because this is happening throughout the country.”

He said the documentary would educate the public on the role hospitals play in the health care system. He said evaluation is needed on the future of hospitals, which are moving toward more outpatient care. To ensure their survival, larger hospitals are acquiring other providers, he said. To Pace, there are too many hospital beds in the country, but they are not evenly distributed.

Pace has experience creating narratives for films and was a writer on television shows before shifting his work to making documentaries. He is partnering with filmmakers in Los Angeles and New York on the project.

He said the storm made him understand the concerns expressed by Save Our Hospital members about patients having to travel to Austin in poor weather conditions and did not offer an opinion on the transition of most inpatient services to Austin.

“It seems like it’s always good to have the local community involved in (decisions), he said.

The film would likely not be finished until 2019. Pace would like the film to be aired on Netflix, HBO or other networks.