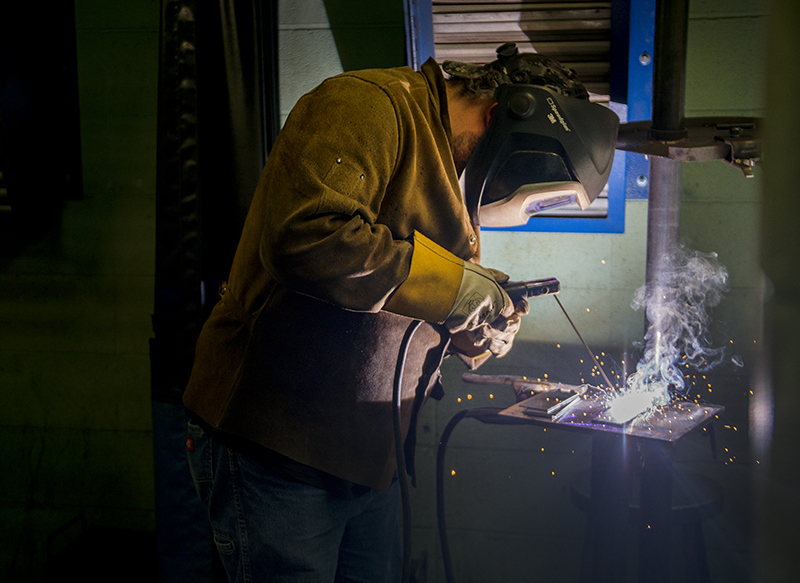 High school students from across the area gathered at the Albert Lea Riverland Community College campus Friday for its 11th annual welding contest.

Hosted by Riverland’s industrial maintenance and mechanics repair program, the contest pits the best welders from 20 area high schools against one another to compete for various prizes donated by sponsors.

“The reason we do it is to get the students exposed to the industry,” Finley said. “We want them to know what welding is and why it’s needed. It also gives some of the businesses that are helping out with the event an opportunity to recruit some of the students. Basically, it’s about a lot of exposure.”

Competitors were given a blueprint they had to follow and were judged based on appearance, and being able to follow the blueprint and apply the proper weld to the right place.

Prizes for the competitors included a new welding setup, tools, welding gloves and masks, and various other items donated by vendors. According to Finley, the total amount in prizes was estimated to be worth around $3,500.

The contest is coming off a one-year hiatus because of the inability to find sponsors for the event. This year, however, Finley said there have been many businesses and individuals making donations to the program.

In addition to students taking part in the contest, they were also given tours of the electrical, carpentry, diesel and automotive service departments; watched demonstrations by various vendors and listened to a guest speaker.

“The guest speakers are going to talk about what it takes to get into the welding industry,” Finley said. “They are going to let the students know exactly what they would want from them as a new employee.”