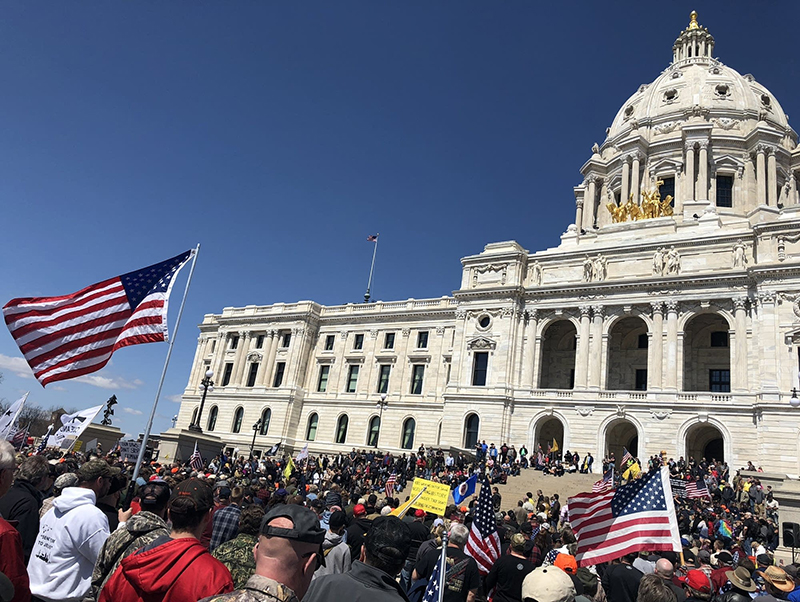 Representatives from a coalition of gun rights organizations, along with the Republican Party of Minnesota, gathered Saturday afternoon at the Minnesota Capitol for a rally in support of the Second Amendment.

The rally started at about noon, with the Minnesota State Patrol estimating the crowd at about 2,000 people just after 12:30 p.m. According to organizers, the rally’s purpose is to demonstrate strong public support for the Second Amendment, and stand against proposed gun control legislation in Minnesota and across the country.

Speakers set to take part in the rally included Jennifer Carnahan, chairwoman of the Republican Party of Minnesota, along with Republican congressional candidates Jim Hagedorn from Minnesota’s 1st District and Pete Stauber from the 8th District. 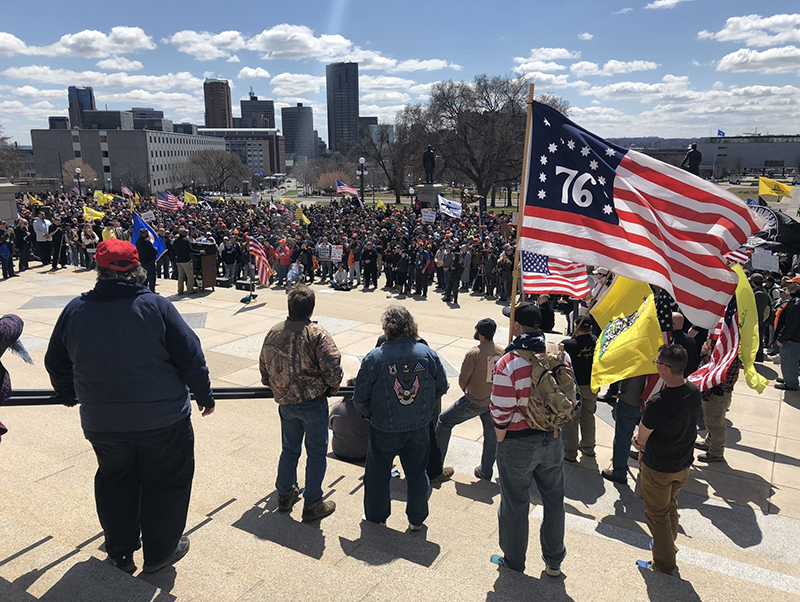 A crowd gathers for a gun rights rally just after noon Saturday at the Minnesota Capitol. – Liam Doyle/For MPR News

The groups organizing the rally include the National Rifle Association, the Minnesota Gun Owners Caucus and Political Action Committee, and the Gun Owners Civil Rights Alliance.

The rally comes after proposals for two different gun control measures were effectively killed by the Minnesota Legislature this week. One would require that all gun sales and most private transfers happen only after the buyer passes a background check. The other would make it easier for authorities to temporarily take guns from people who exhibit threatening behavior.

Majority Republicans said the amendments did not belong in a spending bill, and three rural Democrats agreed.

The rally also comes after Rep. Erin Maye Quade, DFL-Apple Valley, ended a 24-hour sit-in on the House floor Tuesday aimed at highlighting a lack of action this year on gun control legislation.

Last month, a March for Our Lives event drew 20,000 people, led by students, to the steps of the Minnesota Capitol to call on lawmakers to pass stricter gun control legislation.