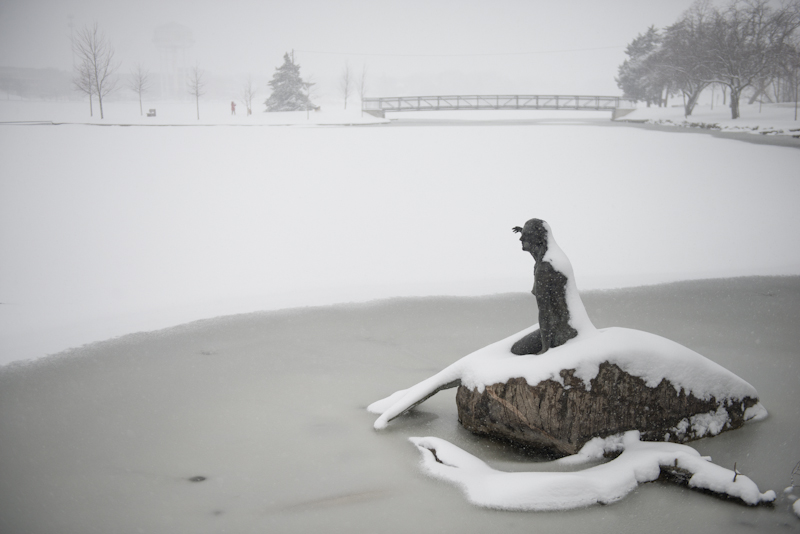 The mermaid statue on Fountain Lake sits under a layer of snow as a spring storm hits the area Tuesday. - Colleen Harrison/Albert Lea Tribune

Roads in Albert Lea and the surrounding area are improving, according to the Minnesota Department of Transportation’s road conditions website. 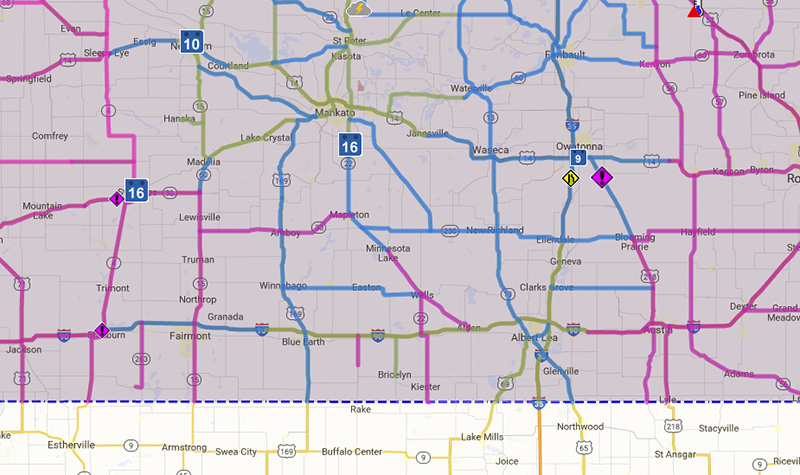 Roads in and around Albert Lea were listed as normal or partially covered at 2:20 p.m., according to the Minnesota Department of Transportation. Provided

Conditions on Interstate 35 from the Iowa border through Ellendale were listed as normal, along with Interstate 90 from Hayward west to Blue Earth.

Heavy snow is falling on Albert Lea, and roads are listed as completely covered, according to the Minnesota Department of Transportation.

According to the National Weather Service, moderate to heavy snow is expected to fall through noon today, with snowfall rates of 1/2 inch to 1 inch per hour.

Moderate snow will continue through 6 p.m., after which the snow is expected to taper off. Albert Lea is listed in a region that could see 6 to 8 inches, though areas to the north and northwest could receive more, as much as 8 to 12 inches.

Blowing snow is also possible across western and southern Minnesota this afternoon and evening as winds gust as high as 30 to 35 mph.

People are advised to drive with caution and to keep an extra flashlight, food and water in their vehicles in case of an emergency. 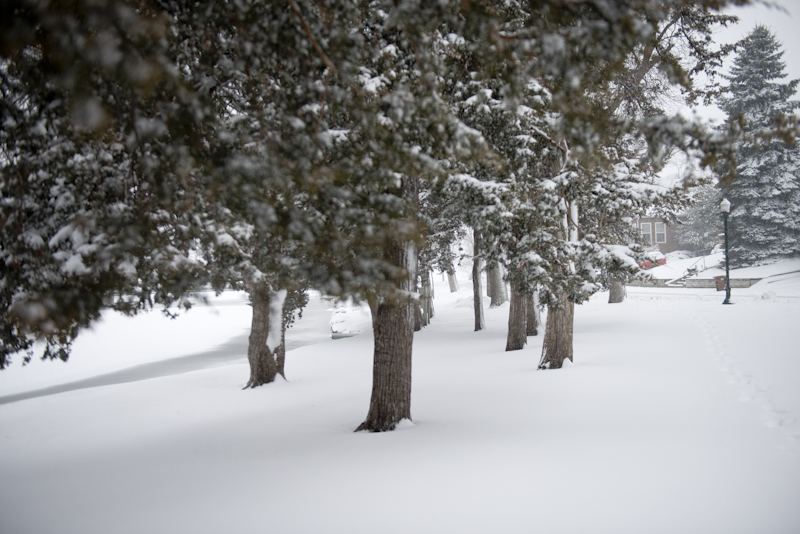