Funeral services for Homer “Dick” R. Waite of Albert Lea will be at 2 p.m. Wednesday at First Lutheran Church in Albert Lea. The Rev. John Holt will officiate. Visitation will be from 4 to 7 p.m. Tuesday at Bonnerup Funeral Service and one hour prior to the service at the church. Interment will be in Graceland Cemetery in Albert Lea. Military honors will be accorded by the Albert Lea area veterans groups. 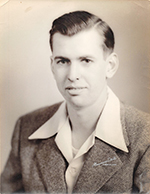 Dick passed away Friday, April 13, 2018, at Thorne Crest Senior Living Community in Albert Lea. He was 95.

Dick was born Sept. 29, 1922, in Emporia, Kansas, the son of Richard and Gladys (Greenlee) Waite. He graduated from high school in Emporia and served his country in the U.S. Army.

While in San Diego, he worked for the Hugh’s Aircraft before moving to Albert Lea in 1946. He was then employed by Motor Inn Co. for over 40 years, having worked up to service manager.

Dick was an active member of First Lutheran Church, where he served as an usher for 62 years. He was a member of the YMCA and served as president of the board, was active in Camp Moraine and was a Cub Scouts leader. Dick loved to play golf, always won at bridge, liked to travel and was always repairing and painting his cars. He had a great sense of humor and loved being social with family and friends. 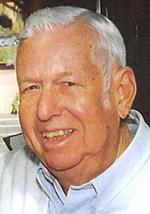 He was preceded in death by his parents; wife, Dolores; and two brothers, Donald and Erwin Waite.