Is Minnesota on the right track for clean water? 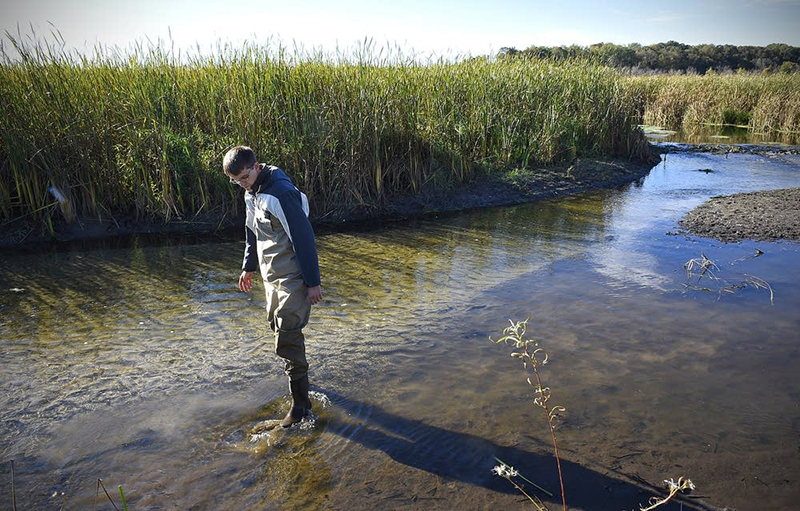 David Engels spends a lot of time thinking about water.

He lives in Hubbard County in north-central Minnesota, just off one of the Crow Wing lakes. He volunteers to check how clear the water is and whether the lake has any invasive species. So far, it doesn’t.

But Engels sees changes happening around the lake — cabins torn down and replaced with large homes, forests cleared to make way for potato fields.

His parents bought a resort here called Pleasant Ridge back in 1966. That year, they had their well water tested. It had no traceable nitrates, a contaminant often traced to fertilizers, animal waste or human sewage.

All of this worries Engels.

“I’d like to raise warning flags and yell at everybody in the state, ‘Wake up, wake up!’” he said. “I’m not trying to be Chicken Little.”

Engels thinks the state isn’t doing enough to address water problems. But there’s evidence to show that many Minnesotans think the state is making progress.

In MPR News’ Ground Level survey last fall, an overwhelming majority of Minnesotans — 85 percent — said they think the state is on the right track when it comes to providing safe drinking water. The number was almost as high, 80 percent, when respondents were asked about protecting lakes and rivers.

That’s higher than any other right track/wrong track topic MPR News surveyed, including health care, education and the economy.

Unlike other topics, the optimism cuts across political party lines. There were no significant differences among Republicans, Democrats or independents.

But what exactly does it mean to be on the right track?

“I think people just think it’s one of those things that’s taken care of,” said Steve Morse, executive director of the Minnesota Environmental Partnership. “We’ve got all these programs. We’ve got this constitutional amendment. Everybody says they’re working on it. It’s working.”

But Morse says there’s a problem with that attitude.

“There’s a mythology there that’s being perpetuated,” he said. “We know we have serious problems.”

Since the Clean Water Act of the 1970s, Minnesota has made significant progress when it comes to water. A lot of pollution from factories and old sewer treatment plants has been cleaned up. The Legacy Amendment voters approved in 2008 has pumped millions of dollars into charting the condition of lakes, rivers and streams.

And while most Minnesotans’ drinking water is relatively safe because they get it from a public source like a city water system, it’s a different story for people with private wells.

In many parts of Minnesota, groundwater is threatened by contamination. About 10 percent of wells in vulnerable areas of the state tested so far were found to have unsafe levels of nitrates.

For many people, water underground is out of sight, out of mind, said Trevor Russell, water program director for Friends of the Mississippi River.

“There’s a presumption that when you turn on the tap, the water that comes out is going to be safe to drink,” Russell said. “That’s just not true for an increasing share of Minnesotans.”

The same is true for lakes and rivers, where many of the changes are happening under the surface, said Jeff Forester, executive director of Minnesota Lakes and Rivers Advocates.

“When you look at a lake, you don’t see what’s happening to the aquatic plants underneath,” Forester said. “You don’t see the fish. You don’t see the change. The only way you can really pick up on it is if like you’re an angler, and you notice the fishing is getting more difficult.”

Many of the 147 people who responded to a query on Minnesota’s water trends in MPR’s Public Insight Network agreed that the state is on the right track.

But respondents also listed many threats that concern them — from the impact of mining in northeast Minnesota to agricultural runoff from farm fields in southern Minnesota to road salt in the Twin Cities metro.

Dan Thewis is a special education teacher in Two Harbors who can see Lake Superior from his house. He sees stories about South Africa facing a shortage of clean water, and wonders if the same thing could happen here.

“It’s hard for us to think about it living right next to Lake Superior,” Thewis said. “But we have to be mindful of how we treat it, so it doesn’t ever go away or become contaminated.”

David Engels plans to keep a close eye on the quality of his Hubbard County lake and drinking water. But he said there’s a bigger picture that everyone should be paying attention to.