It’s all in the eyelashes 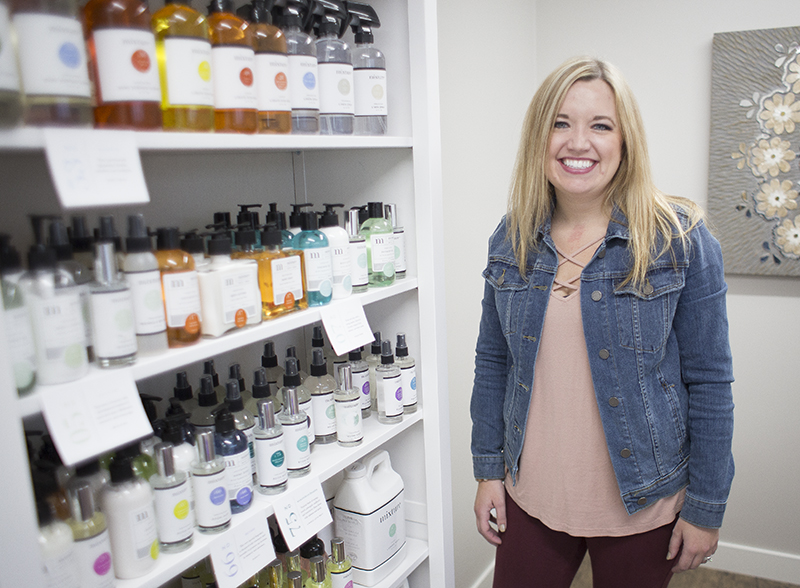 New business focuses on beauty and care for area faces

For almost nine years now, a local licensed esthetician has been providing hair extensions — just not where you might think.

Bellacara owner Brooke McKinney’s speciality is eyelashes — extensions, lifts and tints, specifically. After several years operating out of Dinah’s Style, McKinney opened her own location in November. According to McKinney, it has been a long time coming.

“I had been thinking about it for five years or more,” she said of the move.

Now, McKinney has two rooms she uses between herself and another esthetician, Bryce Pratt, who offers facial treatments and facial waxing, and who is beginning to do eyelash extensions and lifts as well.

“It’s constantly new things we’re adding to really make sure the customer gets the best bang for their buck,” Pratt said. Bellacara carries skin products, home and body care products, and candles for sale in the lobby.

McKinney said eyelash extensions accentuate a customer’s natural lashes and help them gain length and fullness. On average, she performs fills for the same client every three weeks.

Eyelash lifts are more ideal with fuller, longer lashes, she said. The extension adds curl; Pratt called them “a perm for your lashes.” With an eyelash lift, McKinney and Pratt will also tint the lashes so the customer can go without mascara. McKinney said the benefit of both those procedures is to cut down on customers’ makeup routines.

“They feel like they save so much time in the morning,” she said. 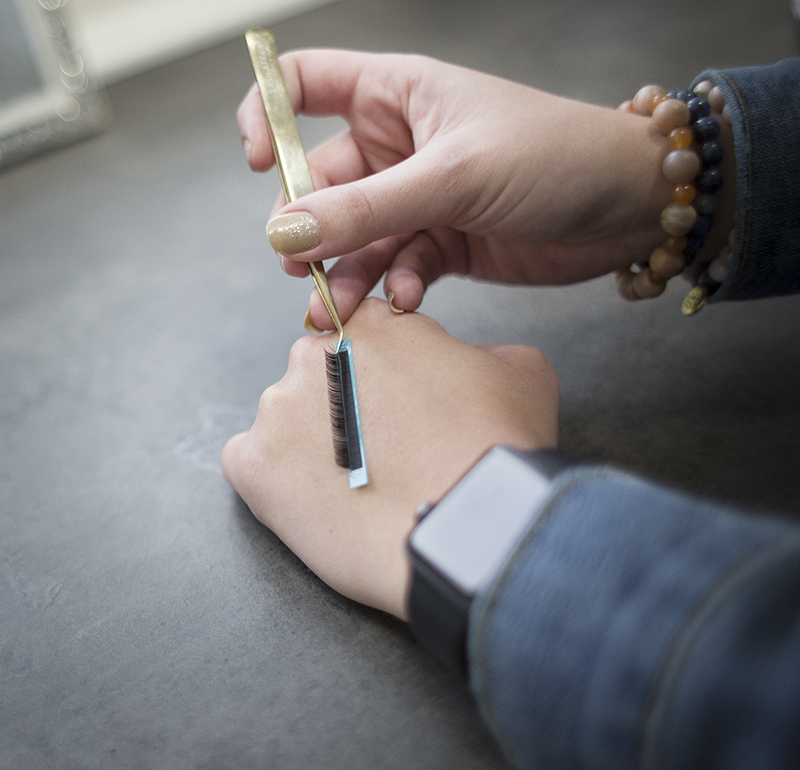 McKinney demonstrates one of the techniques she uses when working on eyelashes. – Colleen Harrison/Albert Lea Tribune

Since the move to 1907 E. Main St. in Albert Lea, McKinney said she has seen some increase in her clientele.

One client, Nicole Storvick, transitioned over to McKinney’s new location with her. She has been going to McKinney for eyelash extensions for over five years now.

Storvick said she opts for the volume extensions, which McKinney said she flew out to California several years back to complete training on.

“I bring people quite a ways from that particular technique,” McKinney said, because it is more niche than the regular eyelash extensions.

Storvick keeps going back, she said, because she recognizes and appreciates McKinney’s experience.

“I just know that nobody has the experience in town that she does,” Storvick said. “Nobody.”

She said she appreciates how natural and nice her eyelashes look.

Looking ahead, McKinney said she would like to continue growing in her lash expertise and to keep up with trends in the industry.

“We just finally got into this new place and I think we found our groove, so just really continuing what we’re doing for now,” Pratt said.

McKinney said she likes the opportunity her job gives her to meet new people, and as she has carried on, she has noticed for herself what Storvick has noticed: she has a knack for this work.

“I think when I first started, it was really hard,” McKinney said. “It was, you know, at times it was like, ‘I don’t know if I can do this because it’s so hard.’ … Once I got past that, I realized that I really liked doing it and I liked making people feel good about themselves and, you know, just what it added for people when they left. After they come in with with natural lashes and they leave with the extensions, just seeing how happy they were, that really made me feel good about what I was doing, so that added — to me, that added value to my career, that I was able to make other people happy.”