Memorial services for James E. “Opi” Grodhaus will be at 10 a.m. Monday at Grace Lutheran Church in Albert Lea. The Rev. Jennifer Gonsalves will officiate. Visitation will be at the church one hour prior to the service. Interment will be in Fort Snelling National Cemetery in Minneapolis. Military honors will be accorded by Albert Lea area veterans groups. 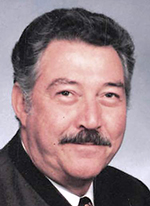 James died Wednesday, April 25, 2018, at his home in Albert Lea surrounded by his family and close friends. He was 80.

James was born Aug. 16, 1937, in Dillies Bottom, Ohio, the son of Fred and Irene (Erwin) Grodhaus. He joined the U.S. Army at a young age and served as a signal sergeant, warrant officer aviator, instructor pilot, aircraft maintenance officer and an instrument examiner. When he retired he spent the next 20 years working as a commercial pilot flying fixed wings and helicopters. Jim did three tours in Vietnam. Jim was a very proud American and felt honored to serve with his brothers and sisters.

On May 27, 1960, he was united in marriage to Kathe Reich in Bamberg, Germany. They had three children, Jurgen, Lissa and Jeannie.

Jim traveled all over the world during his life, but considered Colorado Springs his home for over 50 years before moving to Albert Lea, where he resided for the past eight years. Jim loved reading, music, crossword puzzles and playing guitar. He wrote poetry and music. He enjoyed visiting with people and having good debates. His family, and especially his grandkids, were his pride and joy. James was a foster grandparent and loved being around children.