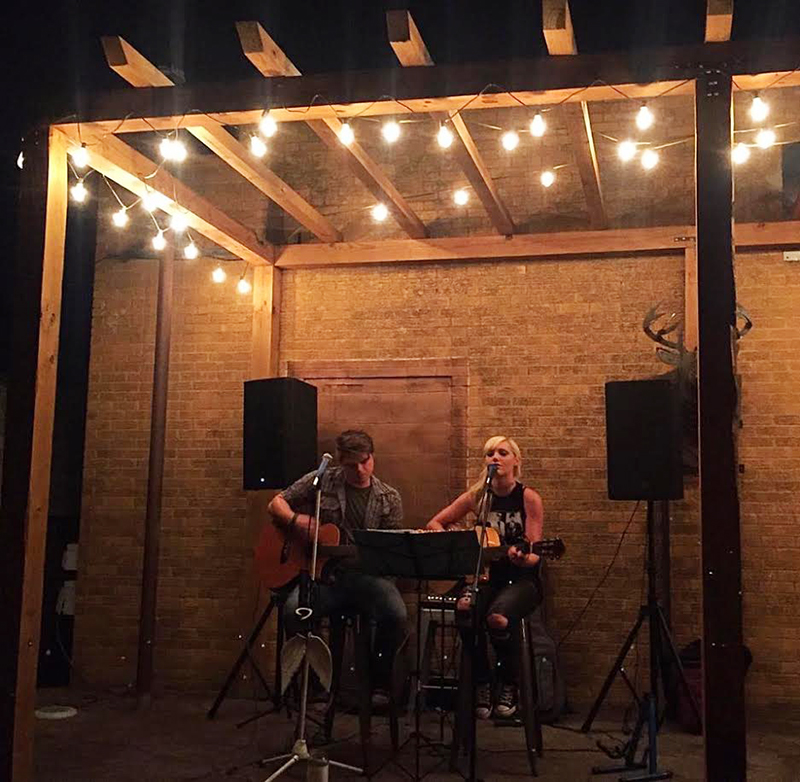 Accoustic duo Angel and Colby perform at The Bend in the Road in Manchester. - Provided

MANCHESTER — It’s been a whirlwind year for Jeff and Gina (Crumb) Monacy, who reopened The Bend in the Road almost one year ago.

The new owners will celebrate their business’s one-year anniversary with a live performance from country artist Jake McVey.

According to the Monacys, the rising country star has toured with the likes of Miranda Lambert and Blake Shelton, and he will bring two other Nashville acts to perform with him.

Prior to these acts taking the stage on The Bend in the Road’s patio, area musician Brett Feist will warm up the crowd.

Those who enjoy live entertainment don’t have to wait until June, though. The bar hosts a musical act of some kind almost every weekend. Those bands cover the gamut in musical genres from country, rock, folk and bluegrass, among others.

The couple said many of the acts they have at their establishment are from the national touring circuit, which offers patrons an opportunity to hear bands playing their own material.

Gina Monacy said music has always been a passion of hers, so having live music nearly every weekend is a way for her to fulfill her love for music.

Some of the acts play in the bar, but when warmer temperatures return, patrons will be encouraged to bring their own lawn chairs for patio performances. 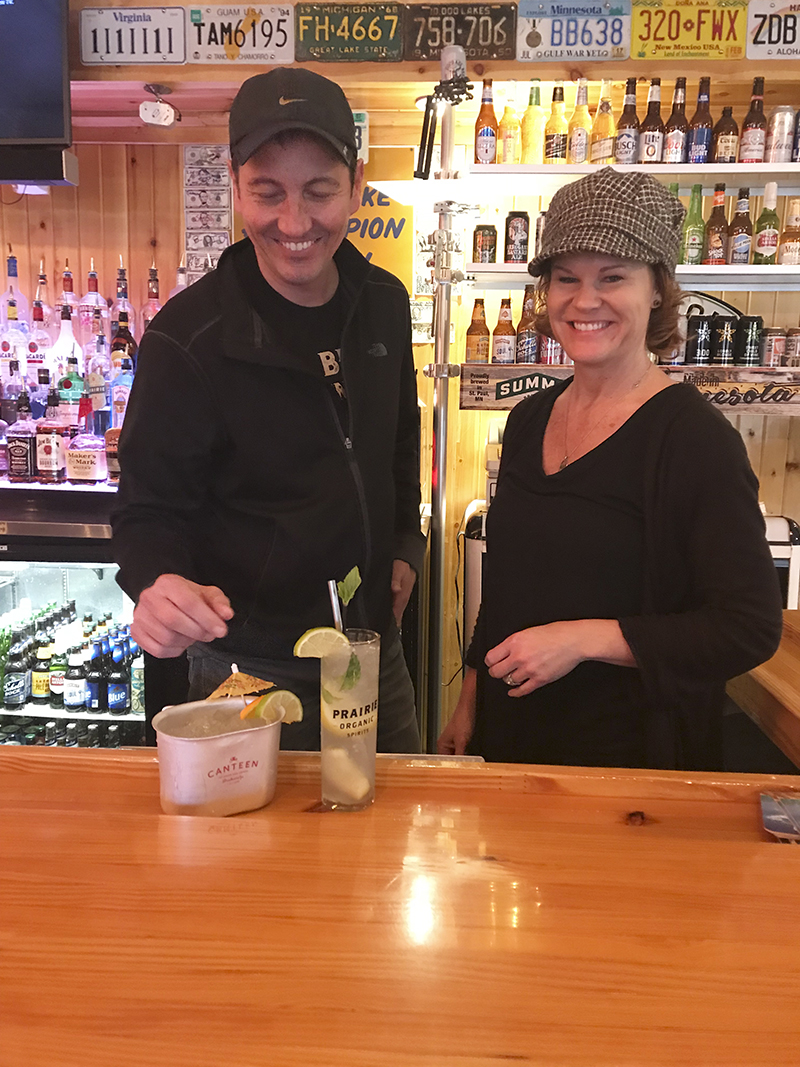 Jeff and Gina (Crumb) Monacy make a couple of signature drinks at their bar, The Bend in the Road in Manchester. – Kelly Wassenberg/Albert Lea Tribune

“It’s great to see other music lovers coming out to support live music,” she said, noting that the bar schedule has a musical act scheduled for almost every weekend through September.

The bar has a growing list of scheduled events on its door and its Facebook page regularly to update patrons about the schedule, which also includes karaoke and bean bag leagues. The bar will host its first comedy act in August.

Along with providing live entertainment, the owners have also been busy expanding their menu offerings.

The bar’s list of signature Moscow Mule drinks has grown to over 20, and there are new drinks added seasonally — one of the newest being a skinny mint mojito.

Gina Monacy said a change of schedule might also be in the works for the bar as well.

While she noted the couple wanted to get their feet under them before expanding their menu, the subject of expanding the business hours has been discussed due to the popularity of their bistro-style food menu, which includes items such as homemade flatbread pizzas, hot sandwiches and burgers.

The couple has tossed around the idea of opening on Mondays, which is currently the only day the establishment is closed, and may even open over for lunch in the near future. However, nothing has been decided for the time being.