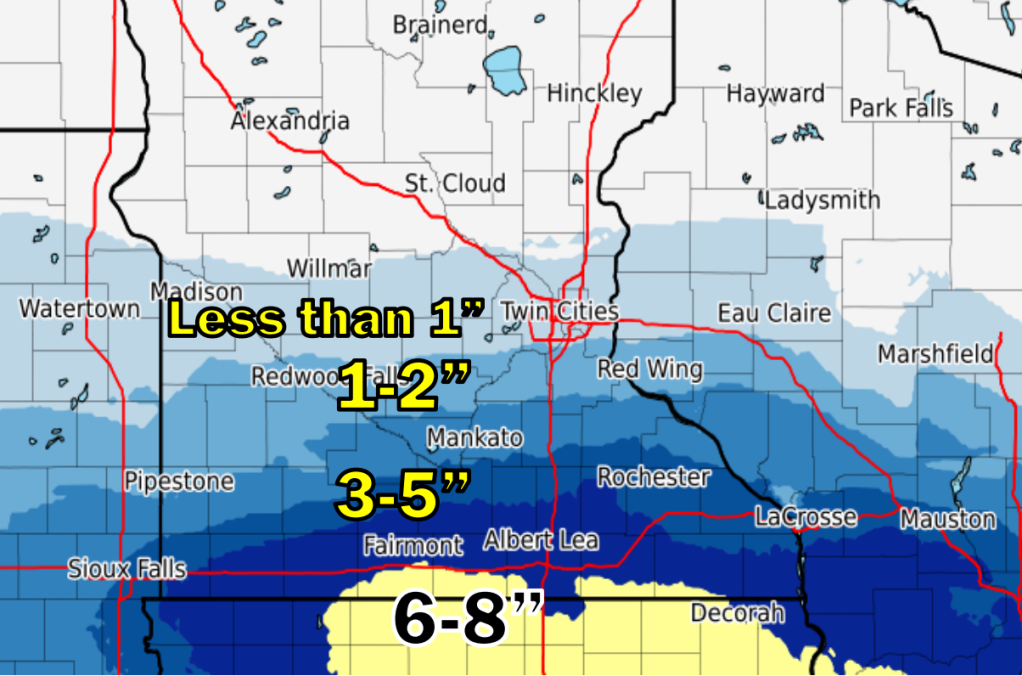 Though the storm track has shifted slightly south, the National Weather Service states Freeborn County is still expected to get 5 to 7 inches of snow. Provided

Schools in the area are canceling classes today as a snowstorm is expected to move into the area.

Most of northern Iowa and south-central Minnesota, including Freeborn County, are under a winter storm warning, according to the National Weather Service. Blue Earth, Waseca and Steele counties are under a winter weather advisory.

Snow could fall at near 1 inch per hour from 10 a.m. to 3 p.m., according to the weather agency. Minimal blowing snow is expected.

People should plan on difficult travel conditions and reductions in visibility at times.

The storm warning remains in effect through 1 a.m.