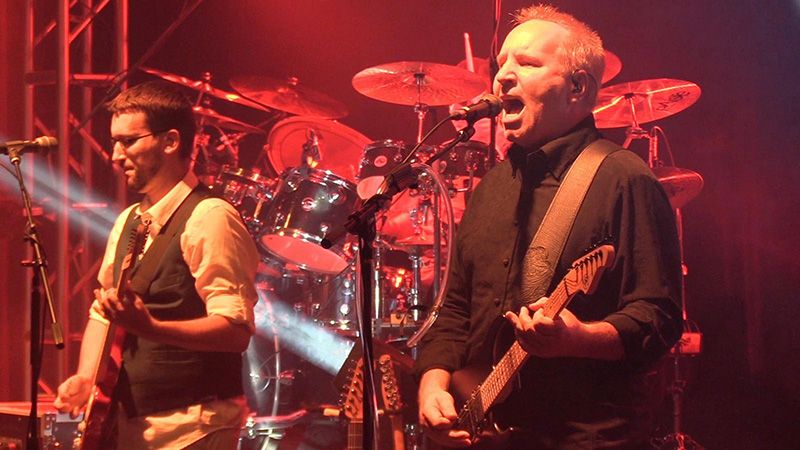 Todd Berntson, right, said Run Like Hell has put a lot of their effort into capturing the tonality and texture of Pink Floyd's music. -Provided

A St. Paul tribute band is hoping to capture the zeitgeist of Pink Floyd’s glory days May 5 in their return to Albert Lea.

Guitarist and vocalist Todd Berntson said the show focuses largely on classics and touches back on Pink Floyd’s older catalog — think “The Dark Side of the Moon,” “Wish You Were Here,” “Animals” and “The Wall” — and will include an expanded light show and different music from the year before.

“We look for songs that have a lot of energy and satisfy both, kind of, the real hardcore Pink Floyd fans but also the more casual listeners,” Berntson said.

The tribute band, Run Like Hell, will perform at 7:30 p.m. May 5 at the Marion Ross Performing Arts Center.

“It’s constantly evolving,” said Sharisse Germain, who plays guitar, the keyboard and sings for Run Like Hell. “Every week, we’ve got new stuff and new songs and new light programming to do. … It’s a constantly changing show. We hope to keep it fresh for everybody at all times.”

There’s quite a bit to choose from to make that happen, Berntson said. Pink Floyd has a lot of albums.

Germain said she was drawn to the band because of the “cool and complex” music that is Pink Floyd’s legacy. She likes the layering and depth of their discography. 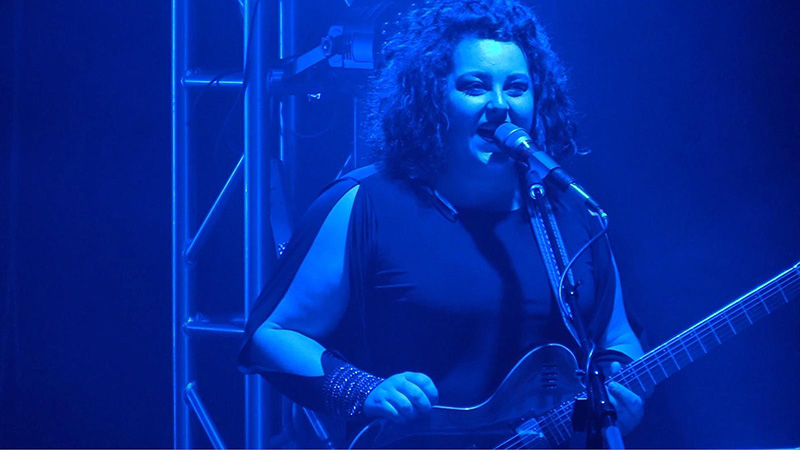 Sharisse Germain performs with “Run Like Hell” as a guitar player, keyboard player and vocalist. -Provided

“It’s very rewarding being able to pull off music like that,” she said.

That, and she was itching for a chance to perform “The Great Gig in the Sky,” which calls for a virtuosic female solo. It’s a song about death in three phases, and there’s screaming and high-pitched singing. Germain said it took her about a year to prepare it.

For Berntson, the trick in capturing Pink Floyd is more than nailing rhythms or chords.

This, Berntson said, is why a Pink Floyd tribute band might not sound much like Pink Floyd: that texture and tonality is hard to mimic.

“It’s something that we’ve spent an awful lot of time recreating,” Berntson said.

In addition to the music is the atmosphere, created by adopting Pink Floyd’s penchant for a visual experience as well as audial.

“It’s for sure an impactful show,” Germain said. “I think that not only will the sound blow you away, but the visual aspect, the stage show, will also blow viewers away. I love Pink Floyd because I not only feel it in my head, I also feel it in my body.”

Germain said she hopes the show’s audience feels that, too.

“Our show is an intense experience,” Berntson said. “From the very opening song, between the lights and the sound and the energy coming off the stage it’s, it’s a pretty intense production. We kind of teasingly call it kind of ‘Floyd on ’roids.’ You know, it’s Pink Floyd’s music, but we bring a whole, a pretty powerful light show” and an energy to the stage.

Couple that with the appeal of Pink Floyd — what Germain notes as the band’s ability to tap into the human experience: life, death, mental health, family dynamics, the government — and both Berntson and Germain said the show draws quite an age range, from 18 to 80.

“This is music that really spans generations in a way that a lot of other bands from this era do not,” Berntson said.