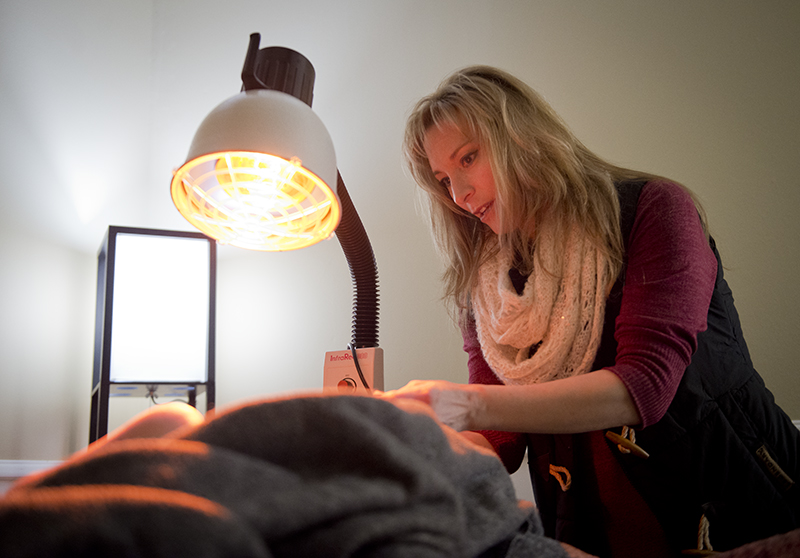 One Albert Lea woman is trying to expand the treatment options available to people in the area.

Through her office, Utz uses acupuncture, herbal treatments as well as massage and pressure treatments to treat all sorts of ailments.

According to Utz, acupuncture can treat chronic pain, migraines, allergies, infertility, depression, anxiety, pain or discomfort during pregnancy or menstrual cycles, sports injuries, sinus infections, arthritis and most joint area pain, among others. It can also be used to aid in chemotherapy side effects, and as an alternative to opioid medication for those with addictions.

Utz received her master’s in acupuncture and Chinese medicine from a three-year program at Northwestern Health Sciences University. She is licensed in the states of Minnesota and Missouri, where she is from originally, and is nationally certified as well. She also has a Bachelor of Science in pre-physical therapy with a minor in psychology. 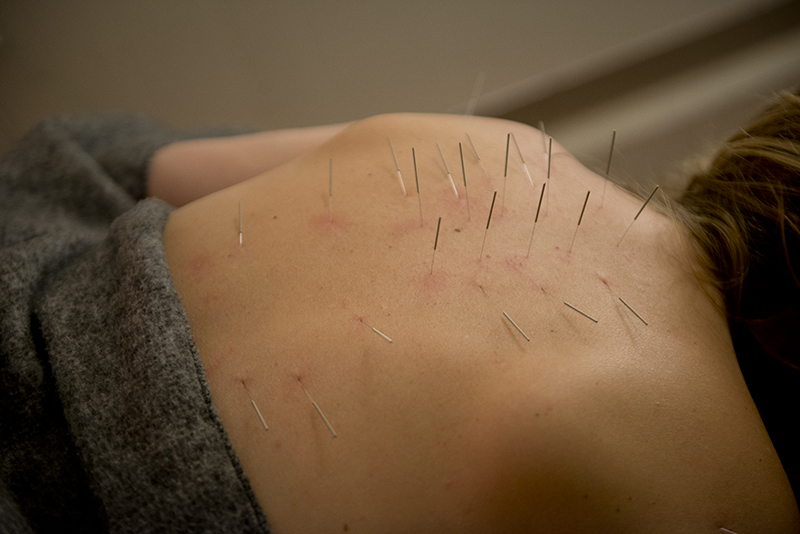 Tobi Utz said acupunture can be used to treat a variety of symptoms or ailments, including chronic pain, migraines and anxiety, among others. – Colleen Harrison/Albert Lea Tribune

Having been experiencing bad lower back pain at the time, and having felt the sudden loss of both of her parents, Utz tried a number of treatments before giving acupuncture a try. After a 15-minute treatment, she said she walked out feeling absolutely no pain.

She became increasingly interested in the holistic method, and when her husband ended up being diagnosed with cancer, she decided to pursue going to school for acupuncture. During her graduate training, she completed internships with Bloomington Natural Care Center and University Health Services. 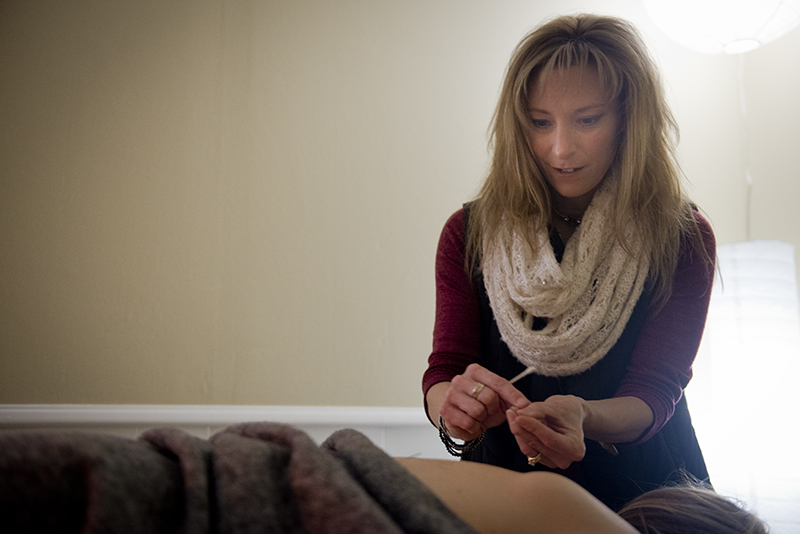 While at those clinics, Utz treated such conditions as chronic back and neck pain, depression, seasonal affective disorder, lyme disease, asthma, sports injuries and allergies. She also completed clinical work in the emergency room, cancer center, post-op surgery as well as in- and out-patient units at St. Francis Regional Medical Center in Shakopee. Utz then completed clinics at Cerenity Senior Center in St. Paul to treat different types of pain; and Aliveness Center and Courage Center in Minneapolis to treat post-stroke patients as well as those with addiction, neurological disorders and traumatic brain injuries.

Now, Utz has brought all of that knowledge and experience to Albert Lea, where she has already seen an influx in patients through word-of-mouth.

“It’s been amazing,” she said. “It’s been a great response, people are really open to it.”

Already, Utz said she has treated patients as young as a 3-month-old baby through cranio massage, up to elderly patients. She has treated a number of student athletes with concussions as well. 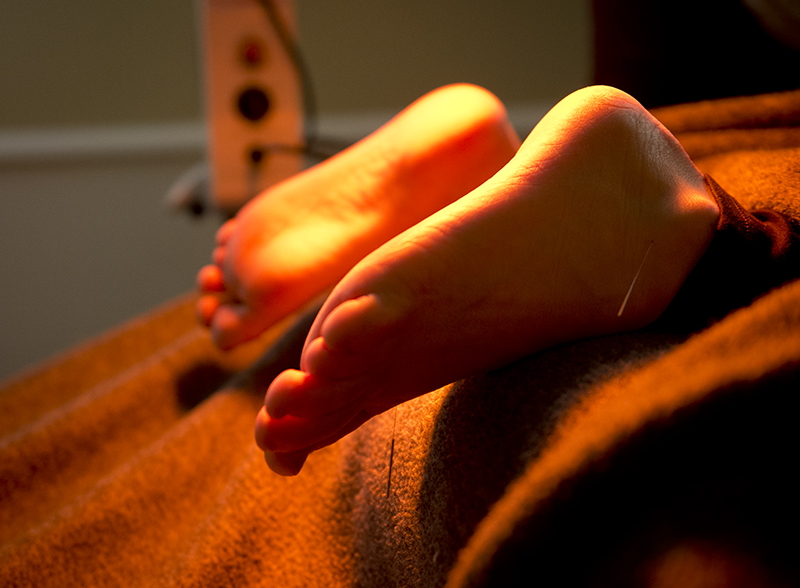 Acupuncture Elements has heated pads for clients to lay on during treatments as well as a heat lamp to keep them as warm and comfortable as possible. – Colleen Harrison/Albert Lea Tribune

“It helps so many,” she said. “I love that you never know what’s going to come in the door.”

For those unsure of acupuncture as a medical treatment, or who are uncomfortable with the use of needles, Utz said they shouldn’t let that fear keep them from being healthy and pain-free.

“You just gotta try it,” she said. “I’m not here to convince you, but I’ll do acupuncture on you and that’ll speak for itself.”

Appointments can be made by calling 507-318-0335 or emailing acupunctureelementsllc@gmail.com. The business will also have a grand opening from 10 a.m. to noon April 28. 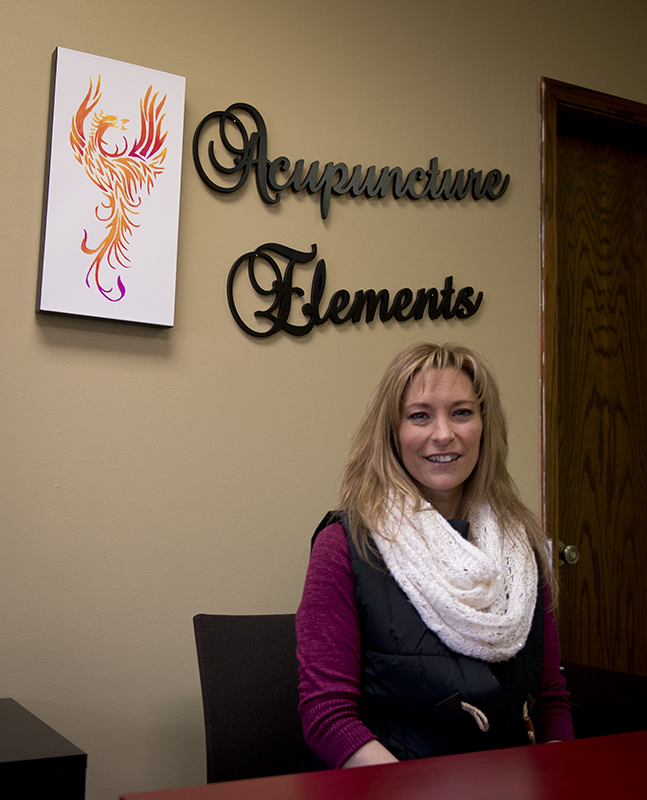