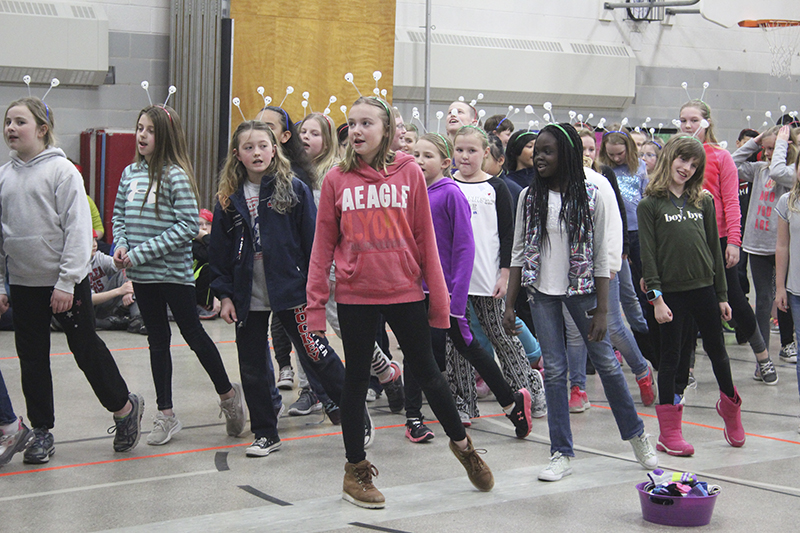 With bandanas and antennae, Sibley Elementary School students will transform into pirates and aliens for this year’s spring musical, “Space Pirates!”

The musical replaces the spring concert for third-, fourth- and fifth-graders for another year after Sibley music teacher Mollie Mickelson took over the role.

Mickelson picked out four plays and had the third-, fourth- and fifth-graders vote. “Space Pirates!” was the one they chose.

“Space Pirates!” starts with a school trip to a museum — to the excitement of Gabby, who is belittled by her peers for her interests — and ends after an alien abduction and a clash with space pirates in a whirlwind space adventure. Mickelson said the story can be relatable for the students, with its theme about appreciating people for who they are.

“You can make your own life connections to it,” she said.

Additionally, for the students, there are other connections (think Minecraft and Taylor Swift).

“I think that’s kind of exciting for them because it’s like something that could happen in their typical life,” Mickelson said. 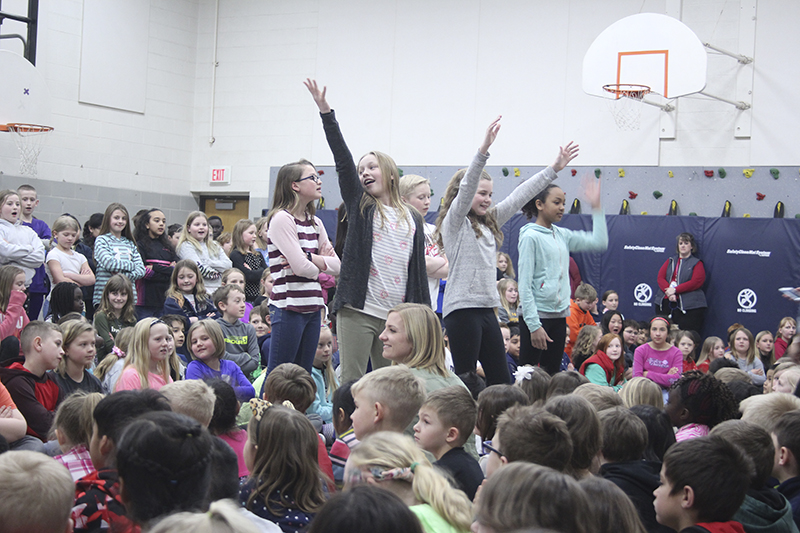 Mickelson said the three grades have been working on “Space Pirates!” for two months during their music lessons. The musical has 12 songs, which Mickelson said make up a good three-quarters of the 45-minute performance. Between 20 and 25 students have speaking roles for which they auditioned, and the remainder of the students make up the chorus for several songs. Those with speaking parts rehearsed after school to learn their parts.

Mickelson said she wanted to try to continue the tradition of a spring musical for the concert, but has found it a challenge.

“I’m finding it difficult to have a musical with so many students, but it’s also kind of fun and a unique experience for them,” she said.

Sibley Elementary School principal Diane Schultz said she is proud of Mickelson and the work she, other staff members and the students have been doing.

“We have so many kids that … this is their area to shine,” Schultz said. For those children, this is that opportunity.

Mickelson said she is not sure whether she plans to do a musical for the concert again next year, but that she is considering a way to incorporate a musical into the school year in some manner.

“I’m having a lot of fun being, like, the director, and working with the kids after school,” she said.

“Space Pirates!” will be performed at 7 p.m. Thursday in the Albert Lea High School auditorium.