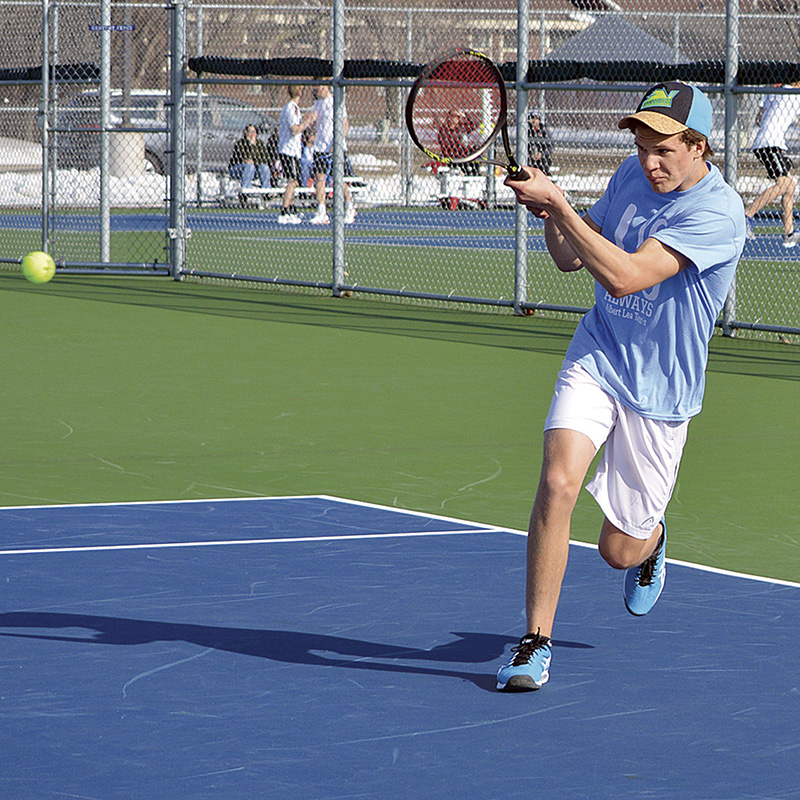 Albert Lea junior Grant Herfindahl returns a shot Tuesday afternoon in Farimont. He would go on to lose the match, 6-2, 6-4. - Charlie Sorrells/Fairmont Sentinal

The Albert Lea boys’ tennis team was finally able to get in its first meet of the season Tuesday night in Fairmont.

The Tigers were unable to pick up a win in their season opener as they fell to the Cardinals, 5-2.

Despite winning two of the three doubles matches, Albert Lea was swept in the four singles matches. 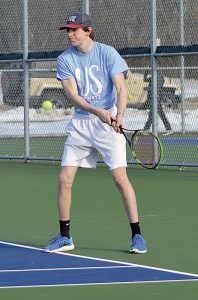 Junior Grant Herfindahl was in the No. 1 spot for the Tigers, but came up short, losing to Carter Klandreud, 6-2, 6-4.

It was a rough first outing for the Tigers, who will lean on their upperclassmen leaders as they move forward.

The Tigers start the year 0-1 in team play. They will be back in action on Thursday when they host their first meet of the year against Blue Earth Area, followed by a meet in Red Wing on Tuesday.