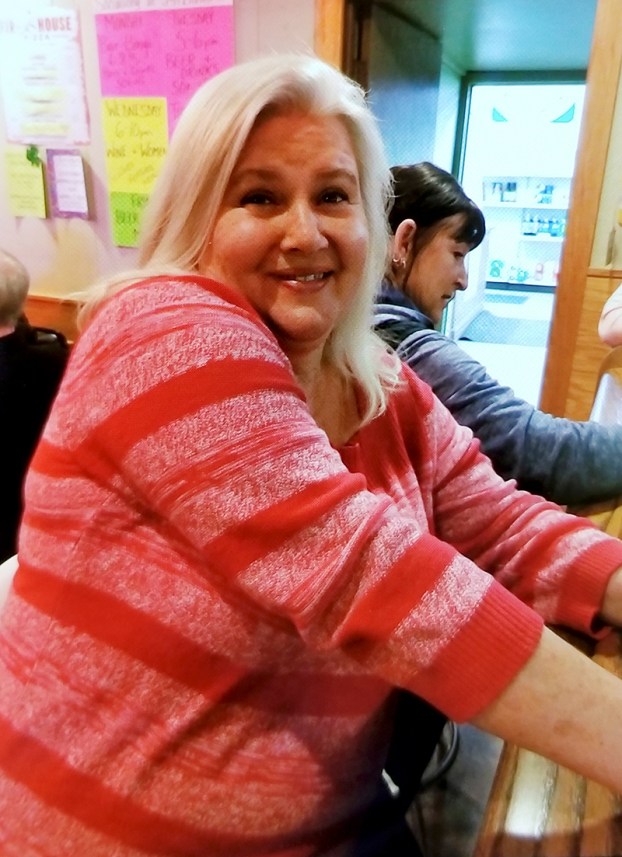 Law enforcement officials are looking for Lois Riess of Blooming Prairie in connection with her husband’s death. - Provided

Search expands for woman in connection with her husband’s death

BLOOMING PRAIRIE — Law enforcement has expanded its search for Lois Riess, the Blooming Prairie woman being sought in connection with her husband’s death, to include federal agents, according to a statement released late Friday night by the Dodge County Sheriff’s Office.

“(I)nvestigators from the Dodge County Sheriff’s Office, Minnesota Bureau of (Criminal) Apprehension and the U.S. Marshals Office continue to seek Riess, 56, as a person of interest in David Riess’ death,” said the statement from the Sheriff’s Office — titled “Riess Homicide Investigation: Still Looking for Lois Riess.”

The search for Lois Riess began a week earlier, on March 23, after investigators discovered the body of her husband, David Riess, 54, in their home in rural Blooming Prairie, just over the Dodge County line. The Southern Minnesota Regional Medical Examiner’s Office determined that David Riess died as a result of multiple gunshot wounds.

In a criminal complaint charging Lois Riess with theft filed Tuesday and in a statement released later that week, investigators with the Dodge County Sheriff’s Office said they believe David Riess had been dead since March 21, two days before his body was discovered.

No charges have been filed against Lois Riess in connection with her husband’s death and investigators still refer to her only as “a person of interest.” The theft charges, however, connect Lois Riess with money that investigators believe was taken illegally from David Riess’ personal and business accounts.

“Investigators believe that after David Riess was murdered, Lois Riess transferred nearly $10,000 from her husband’s business account into his personal account,” the statement released Friday night said. “Lois Riess then forged his signature on three checks written from his personal account to herself totaling $11,000. Lois Riess does not have check-writing authority for either account.”

Her husband’s business was Prairie Wax Worm Farms LLC, which has the same address — 75859 U.S. Highway 218 — as the home of Lois Riess and David Riess and in which law enforcement found David Riess’ body.

In addition, bank officials told investigators that David Riess’ debit card had been used over the weekend of March 23 — the very weekend David Riess’ body was discovered.

Other court records show that Lois Riess was stripped by the courts of guardianship of her oldest sister nearly three years ago after she reportedly took tens of thousands of dollars of her sister’s money, some of which she was said to have spent at a “nearby casino.”

In an affidavit to the courts, an adult social worker from the Minnesota Prairie County Alliance reported that she “received a report that Lois Riess transfers funds from the guardianship account of (her sister) to Lois Riess’ own account. Lois Riess then withdraws funds at the local casino.”

In several of the statements released by the Dodge County Sheriff’s Office, investigators said “Lois Riess is known to frequent casinos.”

The Sheriff’s Office has not identified any specific casino or casinos frequented by Lois Riess. However, other court documents identify one casino as Diamond Jo Casino, which has a location in nearby Northwood, Iowa, which is roughly 43 miles from Blooming Prairie.

Officials at Diamond Jo Casino declined to speak. And a spokesperson for Boyd Gaming — the Las Vegas-based firm that owns and operates Diamond Jo Casino — said Friday the company was not able to comment on any possible police contact with the casino concerning Lois Riess due to the ongoing police investigation.

She is believed to be armed and dangerous.

Anyone with knowledge about this investigation or the whereabouts of Lois Riess is asked to contact the Dodge County Sheriff’s Office at 507-635-6200.

By Mark Zdechlik, Minnesota Public Radio News Minnesota health insurance companies were able to replenish reserves rather than draw from them... read more