Yes, ice out is late in Minnesota; Yes, climate is still warming 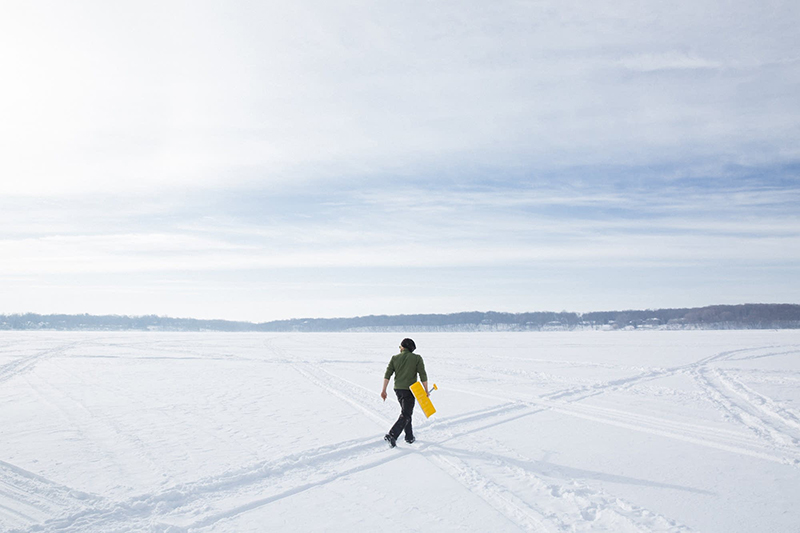 Ted Ozersky crosses the frozen surface of Lake Minnetonka to clear and area of ice for research near Mound. - Evan Frost/MPR News

Ice out is running late this spring on lakes across Minnesota’s southern half, an anomaly as annual ice cover levels continue a downward trend.

As of Friday afternoon, no lake in the state had reported being free of ice, said Pete Boulay, Department of Natural Resources climatologist. He has only heard reports of shoreline ice melting so far.

“In southern Minnesota and central Minnesota, we’re well behind progress of ice out. Probably at least 10 days behind historical averages,” Boulay said. “The lakes in far southern Minnesota usually go out toward the end of March and obviously they haven’t gone out yet.”

Boulay said it’s tough to tell when ice will start going out in northern Minnesota. It can take a month for all lake ice in Minnesota to melt.

Even lakes that typically are ice-free at this point in the year, such as Lake Pepin, are still mostly frozen, Boulay said.

This has been a relatively long and cold winter, he said, contributing to the lingering lake ice. Plus, the recent late-season snowfall has helped delay this year’s ice out even further, as the snow reflects light back up instead of melting the ice.

As Minnesota’s climate warms in general, Boulay said “the overall trend in ice coverage is going down.”

However, he said ice-out dates aren’t a great indicator of climate change — they’re more of a barometer of what’s happening in any given spring’s weather.

Still, overall warmer temperatures are affecting lakes. Trends vary from lake to lake, Boulay said, but “I think that message is still there that we’ve had kind of a decrease in the extreme cold of winter overall that’s contributed to maybe less ice coverage.”