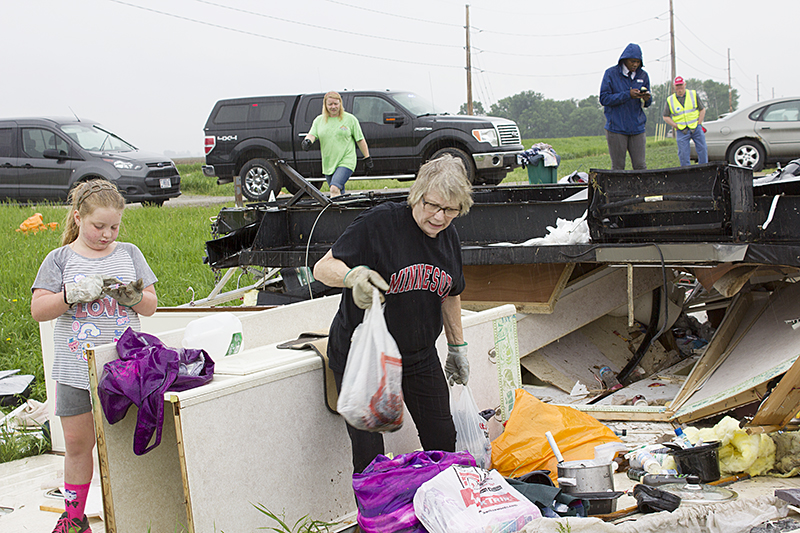 Linda Dewey and her granddaughter, Cera Maloney, help clean up Wednesday after a storm Tuesday that resulted in the destruction of a nearby turkey barn. - Sam Wilmes/Albert Lea Tribune

Over 7,000 turkeys perish during storm

GENEVA  — Extensive damage to the Geneva area was not caused by a tornado, according to the National Weather Service.

Straight line winds of nearly 80 mph are thought to have caused the damage, which injured at least two people.

Cindy Schultz, 48, of Owatonna and her mother, Betty Audiss, 72, were injured after a camper they were in near a turkey barn collapsed southeast of Geneva during the storm, killing approximately 7,600 turkeys. At the time, they were ensuring the safety of newborn turkeys.

As of Wednesday afternoon, they were at St. Marys Hospital. Audiss was in the intensive care unit. Schultz could be released Friday.

Cindy Schultz’s son, Rodney Schultz, 13, reportedly survived after the high winds forced him out of the camper that was later destroyed.

“I’d take the family and get rid of everything else,” he said. 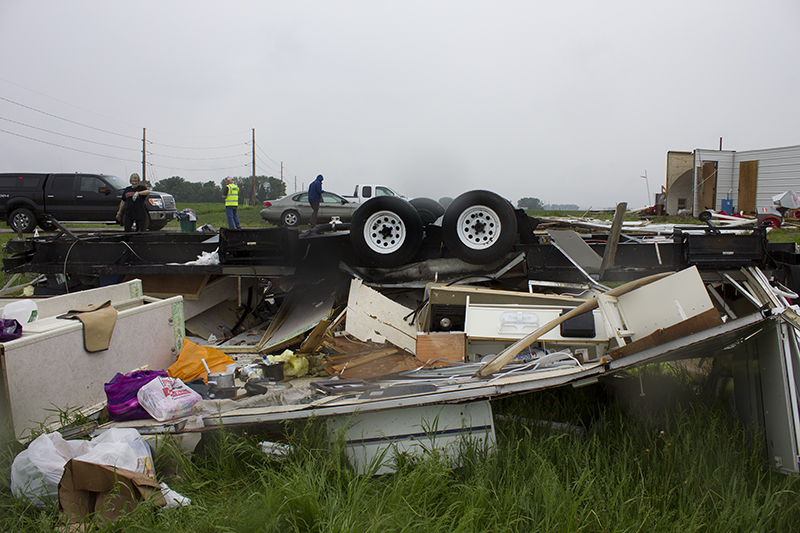 A camper near the turkey shed was destroyed by the storm. – Sam Wilmes/Albert Lea Tribune

“At least my family is safe.”

He thanked first responders and credited God for helping his family survive.

“I have to give God the glory for what he has done for us and protecting our family,” Larry Schultz said. “Thankful for his protection.”

The estimated 7,600 turkeys inside the barn died in the storm.  Remnants of the barn were strewn 5,900 feet to the north of the barn across a nearby field.

The storm resulted in a power outage in the Geneva area. Power was restored Wednesday.

Linda Dewey called the damage to the barn “really numbing. Because I had no idea. If I stopped to think right now, I would probably just bawl.”

Dewey remembered her daughter, Caris Maloney, calling her about the damage.

“I had not seen the news yet,” Dewey said. “I had something about some straight line winds around the Geneva area, but I did not know at the time that it was that close.”

“It is very devastating. I don’t think they will rebuild the farm, but you never know.” 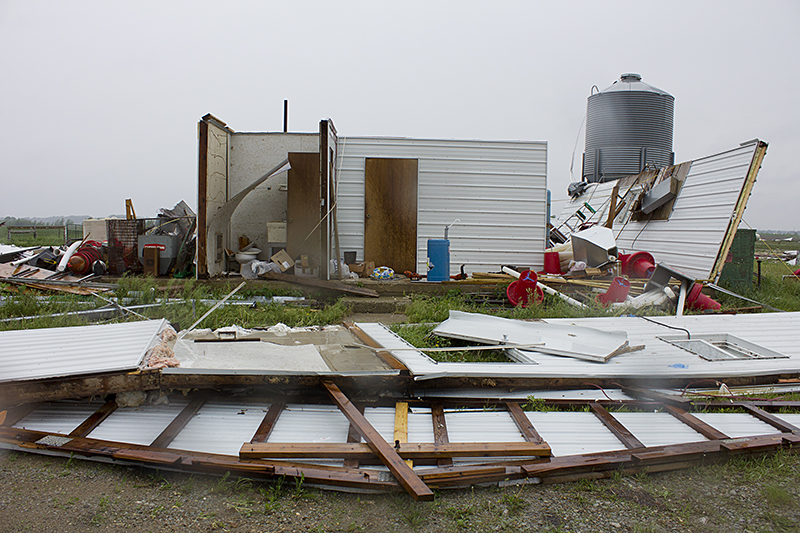