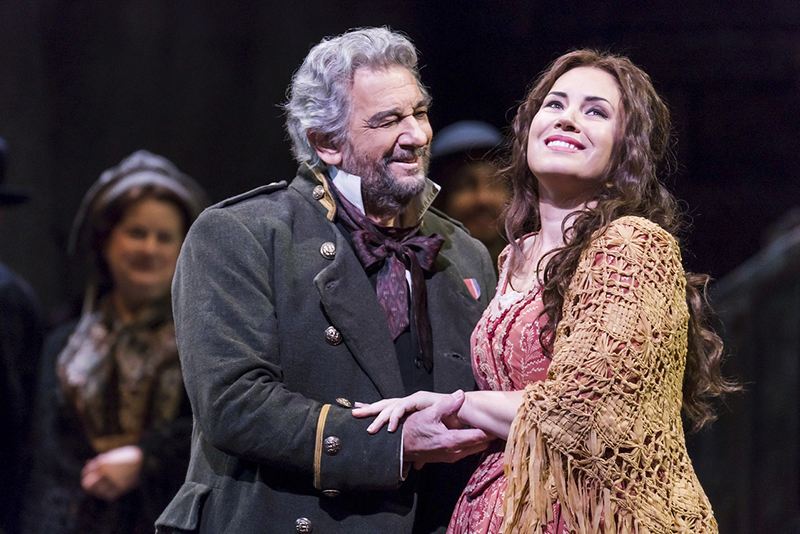 After an April cancellation due to blizzard conditions, “Louisa Miller” is back this weekend at Marion Ross Performing Arts Center. - Provided

Through four pieces and several dancers, Zenon Dance Co. will bring a specific approach to modern and jazz dance to Albert Lea. The company commissions works from choreographers it uses to elevate standards of dance. The program, which includes “Coming Home,” “Merry-Go-Round,” “Storm” and “Gemini,” starts at 7 p.m. Friday at Marion Ross Performing Arts Center.

After a weekend of (more) yardwork, relax outdoors from 2 to 7 p.m. Sunday at the Three Oak Winery. There will be live music, food and award-winning house wines. Bring your own chair.

After an April cancellation due to blizzard conditions, “Louisa Miller” is back at 11:55 a.m. Saturday at Marion Ross Performing Arts Center. It’s a father-daughter tale and a love story rolled into one, as two young people fight fatherly expectations of who they should be marrying. The opera will run approximately 3 hours and 30 minutes.

Albert Lea is once again a stop on the 100-day, 48-state journey of one American flag in honor of present and past American military service members. The flag will depart from Mason City on Thursday and arrive in Albert Lea at 5 p.m., where it will spend the night and then depart again on Friday for Crow River. Riders can register to join the flag’s escort at 8 a.m. The flag will depart at 9 a.m. Friday from the Albert Lea American Legion.