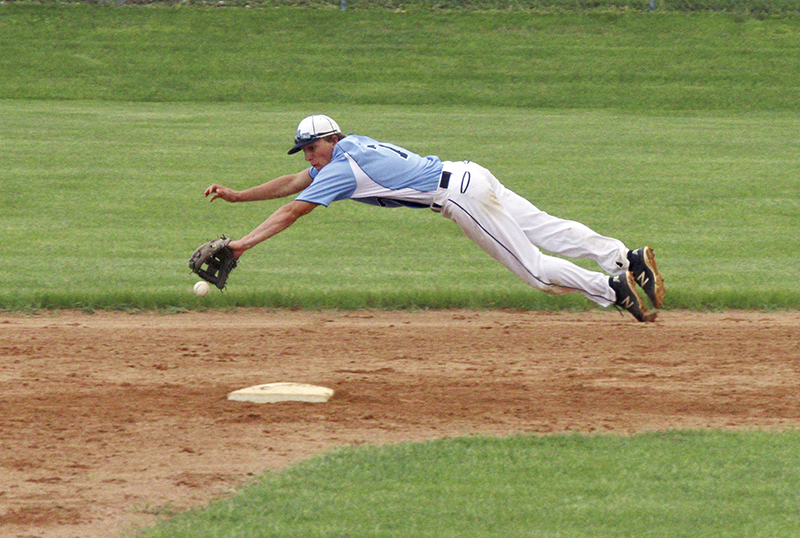 The Albert Lea baseball team saw its season come to a close Wednesday night with a three-run loss to Kasson-Mantorville.

The Tigers came into the game fired up, ready to play their way back up the bracket, but were unable to match the KoMets, falling 8-5.

“Disappointing end to the season,” said head coach Sean Gaston. “We faced some adversity in the second and we tried, but couldn’t stop the bleeding. Overall, the boys kept fighting until the end and I am proud of them for that.” 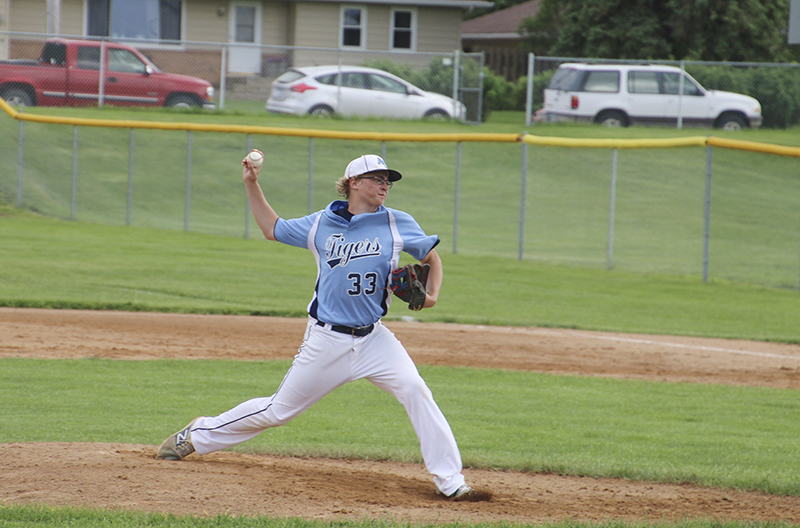 Albert Lea junior Brock Hammer started on the mound Wednesday night against Kasson-Mantorville. The Tigers would lose the game to the KoMets, 8-5. – Provided

Seniors Zach Edwards and Alex Goodmanson had big nights at the plate, with Edwards going 3-4 and Goodmanson going 3-3 with a double and scoring two runs. Senior Garret Piechowski also had a stellar night, hitting a double that would bring in two runs.

“I think this season showed the returning players in our program what adjustments we need to make to be consistent competition in the Big Nine and sections,” Gaston said. “It starts with summer ball and then being committed in the offseason to becoming better players through training or competing in other sports.”

The Tigers will lose eight seniors from this year’s team. Ty Harms, Zach Edwards, Noah Habana, Garrett Grandstrand, Andy Thomas, Alex Goodmanson, Logan Stadheim and Garret Piechowksi will all graduate from the program. Gaston praised the group for the leadership they showed throughout the season.

“I owe these seniors a lot, because their leadership helped salvage this season,” Gaston said. “With our slow start, it would have been easy to flush this year. However, the seniors kept pushing ahead and allowed us to progress and put pieces in place for the future.”

The Tigers ended the season with a 6-10 record after starting the season on a five-game losing skid. 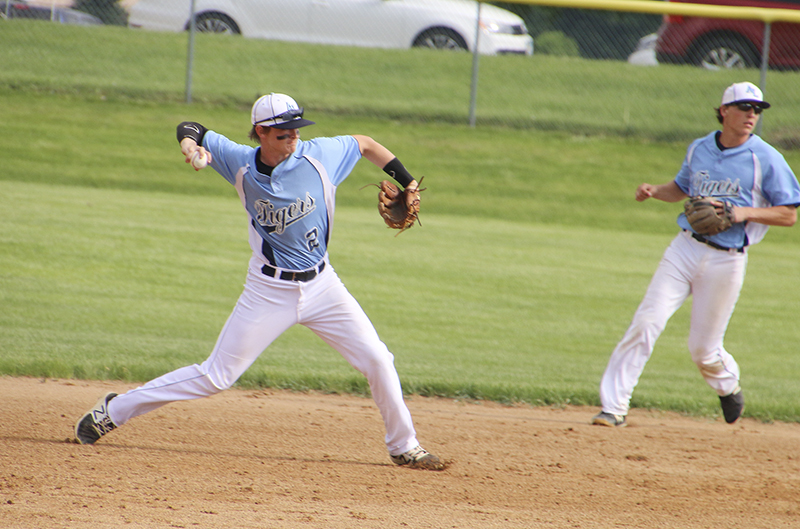 Albert Lea senior Ty Harms makes the throw to first base in the loss to Kasson-Mantorville on Wednesday night. – Provided