Before her time in Albert Lea, doctor served as an Army surgeon 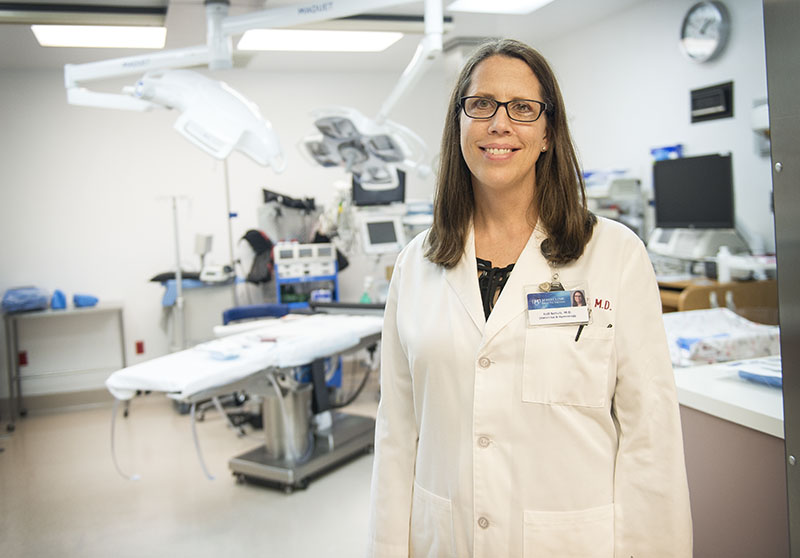 For a local OB-GYN, joining the Army was an eye-for-an-eye trade. For every year the Army paid for her medical school, she would give them a year of service.

It was through that arrangement Jodi Schulz spent six months between four operating tables in Baghdad, Iraq. The operating rooms were like those in a normal hospital, really, Schulz said.

“It was a really well-done situation,” she said of the setup.

It was the location that was different.

“It was kind of an easy decision to say, ‘That sounds really cool to join the military,’” Schulz said. Schulz works at Mayo Clinic Health Systems in Albert Lea as an OB-GYN.

Through the Health Professional Scholarship Program, Schulz was trained both as an OB-GYN and an officer, completing four years of residency at Madigan Army Medical Center in Tacoma, Washington, and then serving for two years as an OB-GYN in Fort Stewart, Georgia, before she was called up to deploy to Iraq with the 86th Combat Support Hospital with Task Force 44th Medcom.

In a nutshell, her job at Ibn Sina Hospital was trauma surgery.

“Even though I was an OB-GYN, I acted as a surgeon, a general surgeon,” Schulz said.

She joined a team of more general surgeons, orthopedic surgeons, anesthesiologists, a burn surgeon, a plastic surgeon and an oral surgeon.

Schulz said that although the nurses assigned to the hospital stayed for a year, the surgeons rotated every six months so as not to lose their skills. In Iraq, the doctors weren’t doing the work they would normally be doing. There isn’t a lot of hip and knee replacement work for orthopedic surgeons, for instance.

“I did everything,” Schulz said, listing amputations, wiring jaws shut and burn surgery.

The latter — assisting the burn surgeon — wasn’t the most coveted job at the hospital, Schulz said, because the hospital would heat the room to keep the patient’s body temperature stable. With missing skin, it’s hard to keep warm.

Most of the work she did there, she didn’t train for. It was learn-as-you-go, but under the supervision of people who did have a knowledge base in the field.

‘It was just a body you had to make better”

Ibn Sina Hospital was near the Tigris River in Baghdad’s green zone, a highly secure international zone in the city center. Between a staff of 486, the hospital treated over 5,000 patients over the course of the year. U.S. soldiers were shipped to Landstuhl, Germany, for more care after their treatment at Ibn Sina.

Often, patients would arrive stacked in helicopters, ferried from the roof on stretchers. Live patients would come zipped into body bags — again, to keep their temperatures up. Sometimes, Schulz said, tanks would roll right up to the hospital, and hospital staff would pull them out for surgery.

Ibn Sina wasn’t a hospital solely for U.S. troops, though. Schulz said the hospital treated everyone: Iraqi citizens, U.S. private contractors, Iraqi soldiers. For Schulz, they were all the same in one way.

Schulz left the Army after returning to Madigan Army Medical Center for two years as a resident teacher. She elected to get out of the Army and move to Minnesota because word of another deployment was circulating, and Schulz had just had a baby; she wasn’t at a point where she was ready to leave her child, so she left the Army.

Schulz said her time in the Army made her see the military as a “special group of people.” What she saw, she said, was a group of people who are doing the same thing as civilians, but at the same time, going above and beyond through their commitment to the service.

“I really, really enjoyed those eight years,” she said.