Bulldogs no match for Saints 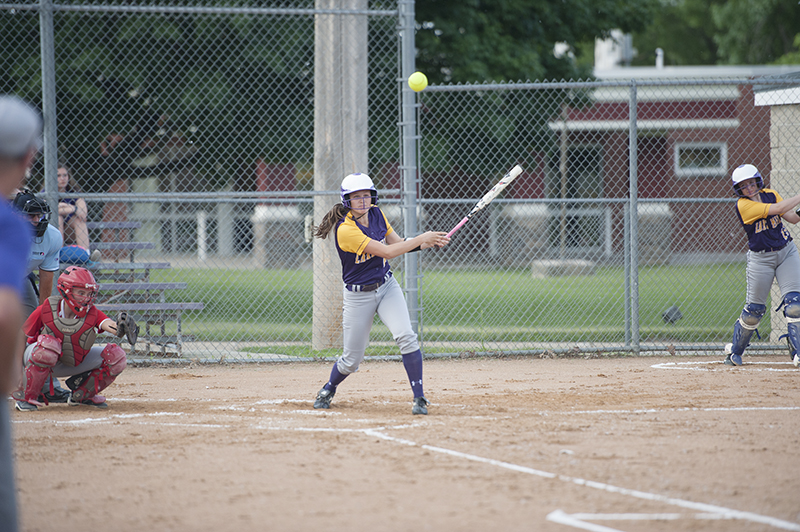 Lake Mills senior Mallory Wilhelm fouls off a pitch in the first inning Thursday night against St. Ansgar. Wilhelm would hit a single, scoring one run in the 13-1 loss. - Tyler Julson/Albert Lea Tribune

LAKE MILLS — The Lake Mills softball team came into its matchup against St. Ansgar on Thursday night, playing its third game in three nights. After splitting the first two games of the three-day stand, Lake Mills was hoping to cap the night off with a win.

The Bulldogs seemed to be a little fatigued to start the game, giving up four runs in the first inning on their way to a 13-1 loss at the hands of the Saints.

After falling into a four-run deficit to start the game, junior Jessa Gasteiger got the Bulldogs off to a hot start at the plate with a double. She would later be batted in by a single from Mallory Wilhelm. 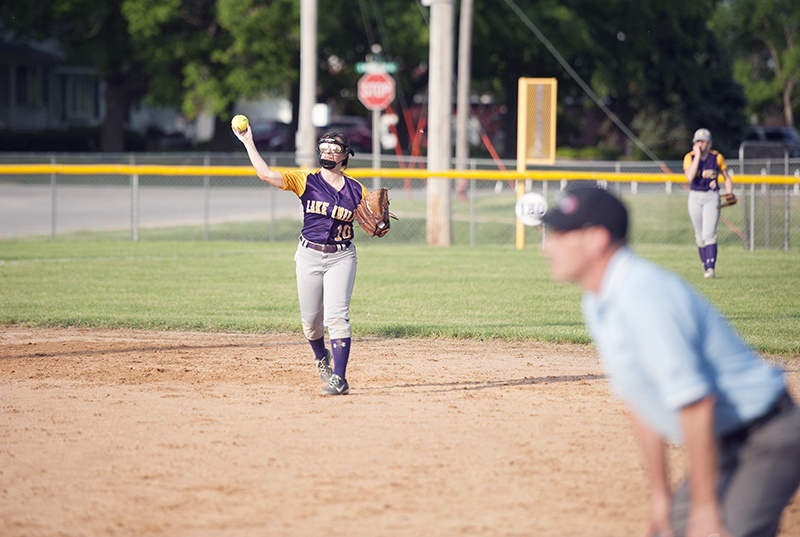 Lake Mills senior Jadyn Joynt makes the throw to first base to record the out Thursday night against St. Ansgar. Joynt would go 1-2 at the plate and the Bulldogs would fall to the Saints, 13-1. – Tyler Julson/Albert Lea Tribune

Unfortunately, that would be the only run the Bulldogs would score throughout the game. They would come close in the third by leaving a runner at third base, but would be unable to bring her across.

Gasteiger would be the best Bulldog at the plate, going 2-3, scoring one run and stealing one base. Wilhelm, junior Hannah Hanson and senior Jadyn Joynt would each go 1-2.

Starting in the circle for Lake Mills was Makenna Hansen. She would pitch three innings, striking out three batters and allowing six runs. Hanson was relieved at the start of the fourth inning by junior Faith Cox, who struck out one batter and walked two.

The Bulldogs fall to 1-5 on the season and will be back on the diamond Friday, when they travel to Eagle Grove to take on the Eagles.