Bulldogs search for first win of the season 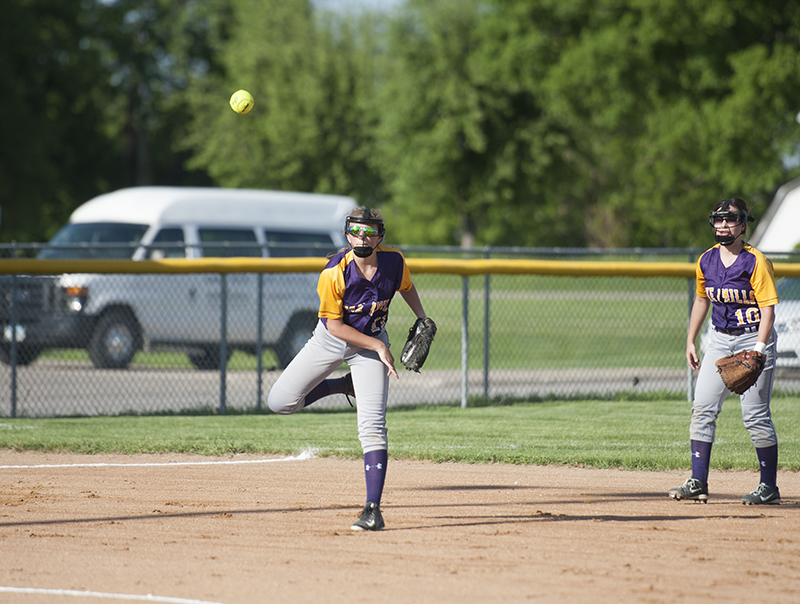 Lake Mills junior Jessa Gasteiger makes the throw to first for the out Friday night against North Iowa. The Bulldogs would go on to lose the game 23-10. - Tyler Julson/Albert Lea Tribune

LAKE MILLS — The Lake Mills softball team hosted North Iowa on Friday night looking for its first win in the early half of the season.

The Bulldogs held their own in the beginning of the game, but a couple of big Bison innings late in the game left them scrambling to catch up. They would ultimately fall 23-10.

The first inning went as well as the Bulldogs could have hoped for defensively, as they retired the first three batters of the game.

The second inning was plagued by errors, with the first two batters reaching safely after errant throws to first. A two-run RBI single and a passed ball put the Bison up 3-0 after two.

North Iowa would add another three runs in the third before Lake Mills was able to get itself on the scoreboard.

Junior Jessa Gasteiger got aboard with a one-out double and was advanced by a single from junior Audrey Casperson. Senior Mallory Wilhelm would bring them both around with a two-run single to pull the Bulldogs within four. 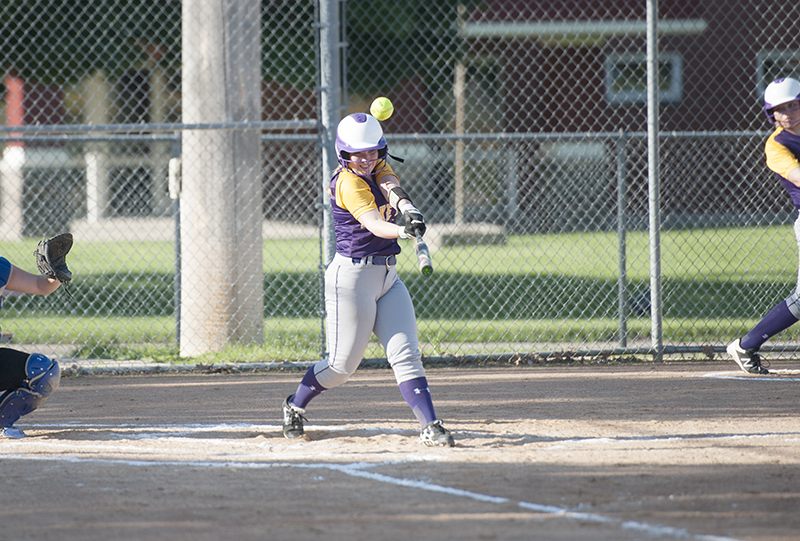 Lake Mills junior Kristyn Throne fouls off a ball Friday night at home. Throne would also start in the circle for the Bulldogs in the 23-10 loss. – Tyler Julson/Albert Lea Tirbune

The Bison would respond in the next half inning with four runs of their own, taking a commanding 10-3 lead.

Sophomore Kate Groe would reach on an error in the bottom half of the inning and was pushed across the plate by a single from sophomore Megan Groe.

North Iowa would tack on another run in the fifth and sixth to make the score 12-3 heading into the final inning of play.

In the top half of the seventh, the Bison would gain a huge swing of momentum, scoring 11 runs by finding gaps in the outfield.

Down by 20 runs with three outs to go, the Bulldogs would get a small rally going, but it wouldn’t be enough to dig themselves out of the hole.

Casperson led off with a single, followed by another single from senior Jadyn Joynt. Wilhelm would get her third and fourth RBIs of the night with a double. Junior Hannah Hanson recorded an RBI single and Kate Groe reached safely with a single, before both were hit in by freshman Makenna Hansen. Gasteiger hit an RBI single and was batted in by Casperson with a sacrifice hit, which ended the rally at seven runs and the final score at 23-10.

The Bulldogs fall to 0-3 on the season and will play again Tuesday, when they host the Eagles of West Hancock.