Dick Herfindahl: The Willmar community does it up right

At the event Friday night, which pairs up a fishing host with media representatives, I heard many of the local fishermen talking about which lake they thought would be the hot one the following morning. I really don’t believe that any one of them decided to go to the same lake, which tells me that there are many good fishing lakes in this area.

This year’s was the 71st Governor’s Fishing Opener and Governor Mark Dayton’s eighth. The governor did catch three bass, which is a far cry from the days of Arnie Carlson who must have taken pride in being skunked.

The Willmar area held its community picnic at a place called Rock’n Robbins on Friday evening and, as usually happens, it was cool and raining, but the turnout was fantastic. They had a good band playing and there were people just having fun dancing in the rain. I spoke to the mayor of Willmar and he said that they have a good band playing at this place every Tuesday night in July. 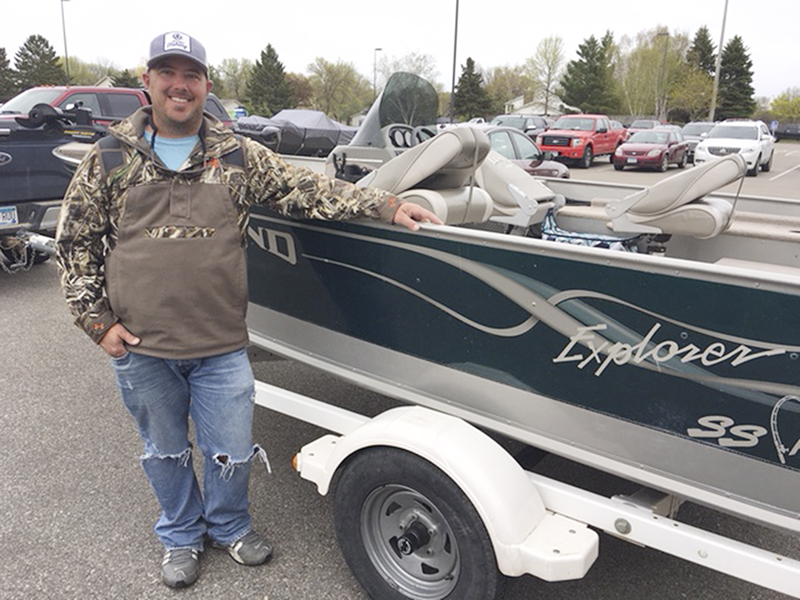 Mick McNelly of Olivia is shown after hosting outdoors writer Dick Herfindahl and sportscaster Jeff Anderson for a day of fishing on Big Kandiyohi Lake near Willmar. – Provided

The leaders of the Willmar community and its over 400 volunteers put together a great weekend for all of those that attended. The community support for this event and the whole weekend was overwhelming. Fishing is what brings everyone to these events, but it is so much more than just fishing. It is a chance to showcase your community and all that it has to offer. The folks from Willmar did that and then some, they have to be proud of what they accomplished.

Myself and my friend Jeff Anderson, sportscaster from Watertown, South Dakota, who I have fished with for many years, were paired up with Mick McNelly who is from Olivia, Minnesota, just a short distance from Willmar. He said that he would like to fish on Big Kandiyohi Lake because it is his favorite lake and he was sure we would find the walleyes. He mentioned that he didn’t sleep very well the night before because he was a little nervous about us catching fish.

Mick was a great host and he did put us on some fish. Jeff, who usually struggles at these events had the right setup (thanks to Mick who makes his own rigs) and he managed to catch four walleyes and a northern. I was about 20 minutes from the dreaded skunk when a northern decided to attack my lure. All I can say to that is “whew”. We had a few bite-offs and lost a few fish that were undoubtedly walleye (they can be any fish you want if you don’t see them).

Mick is a linesman for an area company and outside of fishing he also likes to hunt deer. I could tell that he and his older brother have a little sibling rivalry going when it comes to fishing. It sounds like his grandpa and his dad had a big influence on his fishing, hunting and love of the outdoors and now he is doing the same for his kids.

All-in-all, Mick was a super host who did a great job of putting us on fish. He and his fiancé have four kids between them and he said that taking them all fishing is a challenge, so he just drives the boat, baits hooks, untangles lines and takes fish off of the hook. When I heard that, I knew he was going to be a perfect fishing host for a couple of media guys and he surely didn’t disappoint. 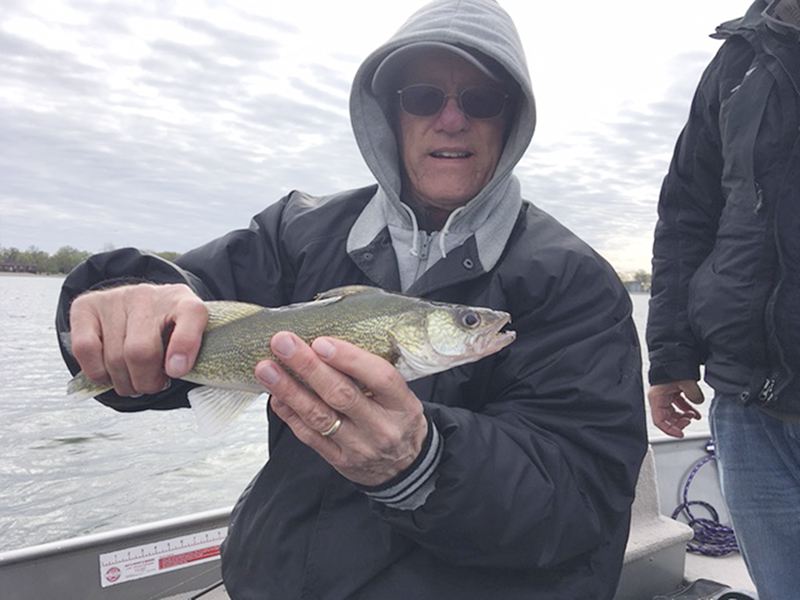 Jeff Anderson, a sportscaster from Watertown, South Dakota, is shown with a Big Kandiyohi Lake walleye he caught while fishing with Herfindahl. – Provided

Each year the Governor’s fishing opener signals the start of the tourism season in Minnesota and is held in a different area of the state each year and is coordinated by Explore Minnesota, The Minnesota Department of Natural Resources and a host community.

Minnesota has 1.5 million licensed anglers that have access to 3,000 public accesses that provide access to lakes and rivers statewide. Hosting this event will showcase the community and it can mean about 1.5 million dollars in advertising revenue for the community that hosts it.

With that being said, I was at the banquet when it was announced that Albert Lea will indeed host next year’s opener. It will be a lot of work and Susie Peterson of the CVB did a great job of securing the fishing opener for the upcoming year. Like I said, it is going to take a lot of work going forward, but she has a good group of people helping her, so I have no doubt that it will be a great event for the community. This can be a real shot in the arm for our community, it’s a chance to showcase all of the great things that Albert Lea has to offer.

If you have a boat and fish any of the lakes in Albert Lea or the surrounding area you just might be fishing host material for the 2019 opener. Keep that in mind

Until next time, it’s a great time to get out and wet a line and maybe the lunker that you seek is waiting for you around the next point or right next to that fallen tree.