Down by the bay 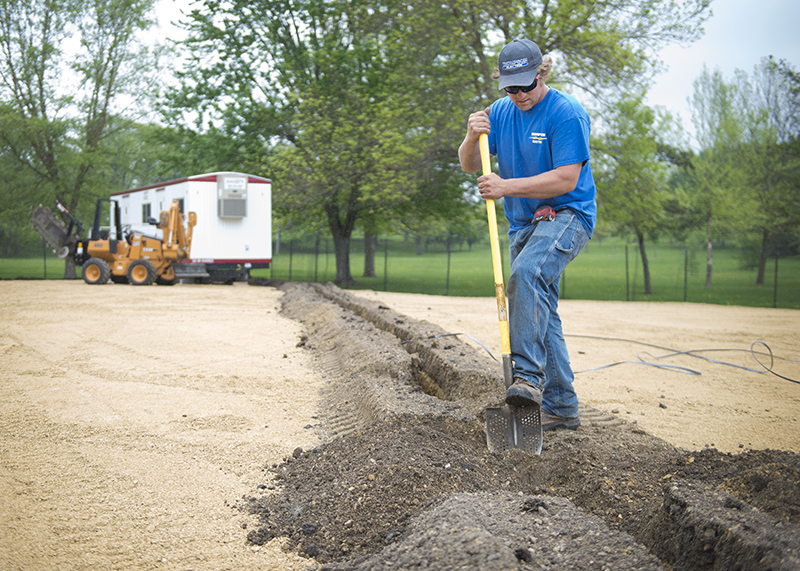 Brian Petersen of Thompson Electric digs a trench in order to run power to a job trailer at the dredging site along Edgewater Bay. - Colleen Harrison/Albert Lea Tribune

The countdown continues to June 1 as the Shell Rock River Watershed District checks tasks off its to-do list ahead of the dredge’s arrival in Edgewater Bay.

Watershed District Administrator Andy Henschel said the dredge will be in the water by June 1, and dredging is expected to begin June 15. Between that time, the dredge will undergo testing to make sure the pipes are well-connected and all of the equipment is functioning before proceeding. The Shell Rock River Watershed District is working with dredging and marine construction company J.F. Brennan for the project.

“If they get the dredge craned in the 29th, the 30th, the 31st, we’ll probably be ready to start testing it the following week,” Henschel said.

Henschel said despite some rain, preparations are moving forward on schedule, if not ahead. The staging area at Edgewater Bay, next to the ball field, has been fenced and, as of Monday, received power. Henschel said the area will be used as the main point of contact for the dredge, housing survey equipment, boats and staff parking. Approximately two miles of pipeline connecting the dredge to the confined disposal facility is winding its way across city- or state-owned land, 500-foot lengths welded together, and is already nestled underneath Itasca Road and Freeborn County Road 20. Continuing to connect portions of the pipeline together is the other main piece of work — next to continuing work on the staging area — left ahead of the dredge’s arrival. 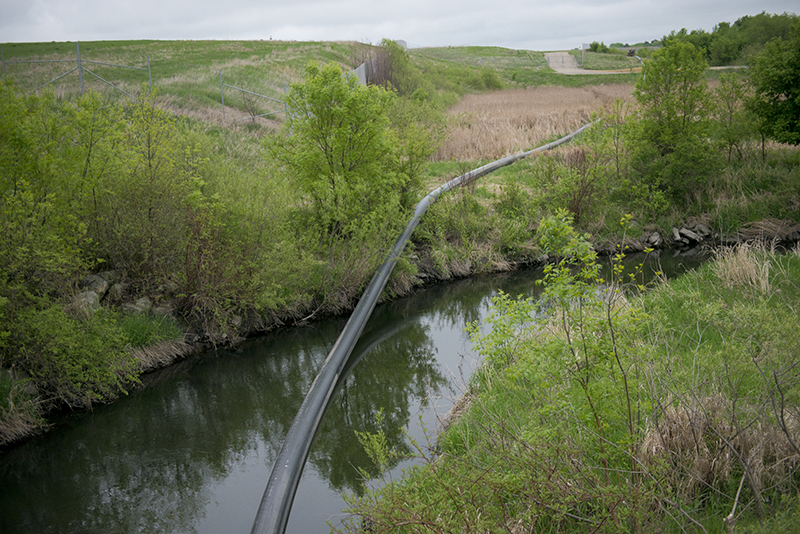 Pipeline has been laid out between Fountain Lake and the Shell Rock Watershed District’s CDF site ahead of this summer’s dredging. – Colleen Harrison/Albert Lea Tribune

“(I) expect to see more work transitioning from land-based to more marine-based the next couple of weeks,” said Ryan Sands, site manager with Brennan. Of the work that’s left, he said he expects “a fairly smooth operation.”

Once the dredging starts, Henschel said the majority of the work will not be visible on the lake.

“They’re not going to see much other than a dredge moving from place to place,” he said.

The earliest location dredged is a rectangular strip sandwiched between Minnesota Highway 13 and the west portion of Oakwood Drive. The anticipated schedule has the dredge working there from the June 15 start date to July 10. Henschel said the dredge is starting furthest away from the staging site to ensure the company has the pipeline to reach.

On July 11, the dredge will move east, completing the remainder of the bay’s claw-like grip around Oakwood Drive and down to the bridge on Lakeview Boulevard, and north, up until the northernmost border is approximately parallel to the staging area. This portion of the dredging is anticipated to run through Oct. 14. The remainder of the bay is split into four more sections, the last of which sees anticipated work in October 2019. All included, phase one will remove 617,000 cubic yards of sediment from the lake, Henschel said.

According to Henschel, boaters should not expect to see muddy water or disturbances in Edgewater Bay.

“Everything the dredge kicks up, it sucks in,” he said.

However, Henschel said the biggest thing to consider is boater safety. The submerged pipe will be marked, but it is up to the public to be aware. There will also be signage and buoys. Henschel also recommended boaters stay a comfortable distance away from the dredge while it is working in the water, which will occur between 7 a.m. and 7 p.m.

“Just be considerate and safe out there with the dredge,” he said. 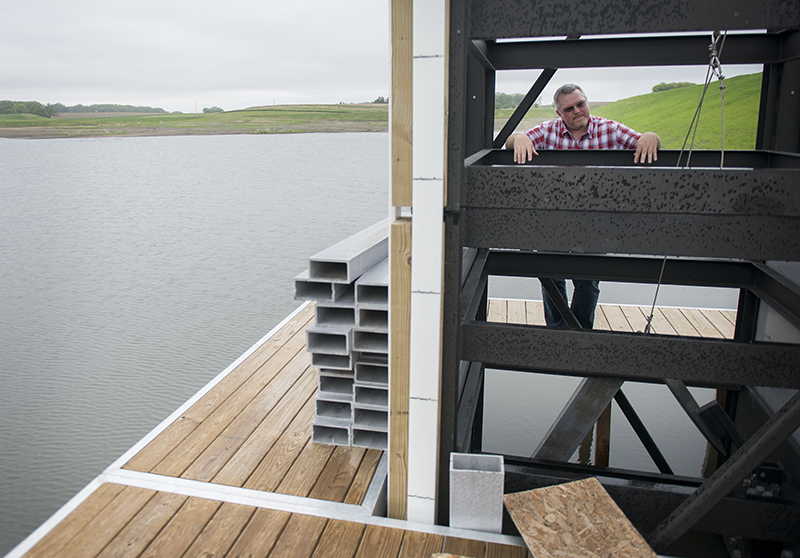 Watershed District Administrator Andy Henschel, pictured at the CDF site, said the dredge will be in the water by June 1, and dredging is expected to begin June 15. – Colleen Harrison/Albert Lea Tribune