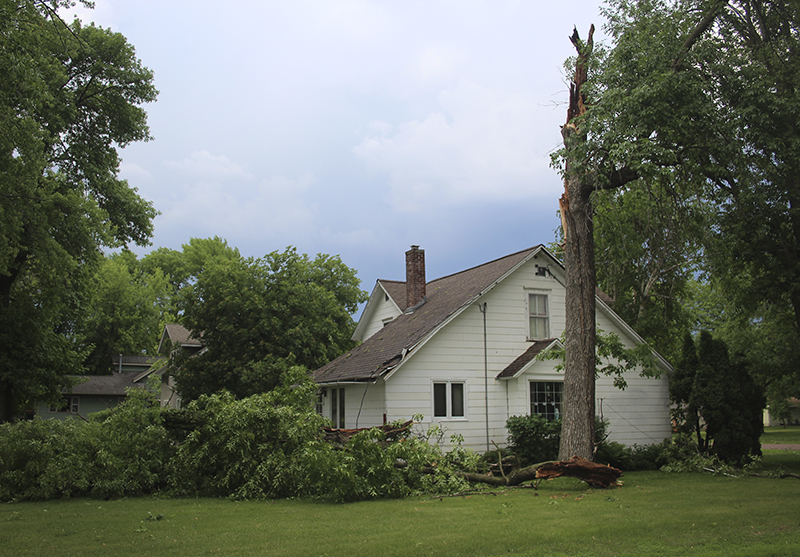 A house in Geneva was damaged after strong winds brought down a tree limb during a storm Tuesday. - Sarah Kocher/Albert Lea Tribune

GENEVA — A storm with strong winds went through the Geneva area after 5 p.m. Tuesday, knocking down power lines and tree limbs east and southeast of Geneva and closing some roads.

According to a Freeborn County Sheriff’s Office press release, power lines were down across some roads and affected roads were expected to be barricaded.

The release said it was considered to be “a very dangerous situation,” and non-residents were asked to stay away from the area for their own safety until the damage had been repaired. Multiple utility crews responded to the area.

Neighbors Sandy Jensen and Scott Riley said they had recently been talking about how they needed some rain, and were watching the rain come down when the winds seemed to come out of nowhere.

Jensen and Riley helped clean up debris from fallen tree limbs in their neighbors’ yards, careful to avoid the downed power lines. Riley was optimistic the area wouldn’t let the damage to homes stay that way long, specifically mentioning a neighbor’s home with downed limbs.

“Believe me you, this town will get her fixed up real quick,” he said. 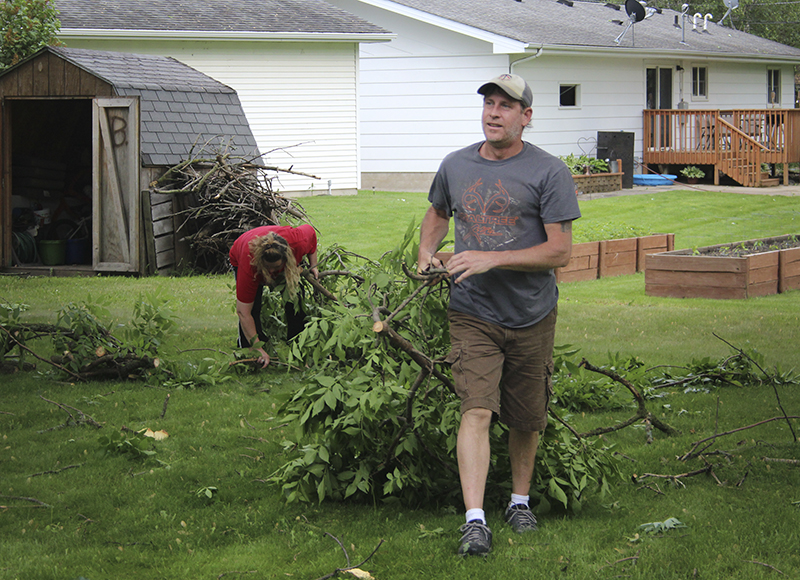