George Russell “Rusty” Hargrave of Albert Lea died Friday, May 11, 2018, at his home after a brief struggle with cancer. 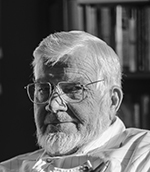 Rusty was born Dec. 3, 1940, in Spencer, Iowa, and grew up in Webster City, Iowa, where he graduated from Lincoln High School in 1959. He married Judy Smith, also of Webster City, on Jan. 18, 1963, at Albert Lea United Methodist Church and they made their home in Albert Lea.

Rusty was a craftsman, who saw his work of laying tile as an art. He worked for Floorcrafters for many years, then owned his own business, Rusty’s Ceramics. He refused to retire, and continued to take small jobs until recent months. His tile works adorns many homes and businesses in the area, as well as churches throughout Minnesota.

Grateful for the opportunity to travel and serve, Rusty went on many mission trips — notably to Costa Rica, Guatemala and Louisiana. He also volunteered for the local Habitat for Humanity.

Rusty was very active at Albert Lea United Methodist Church, serving as Sunday school teacher, singing in choirs, was a trustee for many years and most recently was a custodian.

A stock car driver at 13, Rusty loved watching NASCAR. He enjoyed bluegrass music, camping, feeding birds and, if he was sitting, he usually had a cat on his lap. Rusty posted on Facebook almost every morning, “GMBG (good morning boys and girls) feed the kiddos.” He was always seeking ways to make a difference in people’s lives and he wanted his death to do that as well.

He made an effort to contribute DNA to learn more about pancreatic cancer and planned his memorial service to be a testament to his passion for compassion and justice.

Rusty is preceded in death by his parents Emma (Gadsby) and Ivan Hargrave; and two sisters, Patty Nicholson and Jean Abbas.

Services are planned for 11 a.m. June 19 at Albert Lea United Methodist Church, with visitation the night before. Memorials are preferred to Reconciling Ministries Network, the Ecumenical Food Shelf or the donor’s choice. Rusty asked that people bring canned goods instead of flowers for the service.