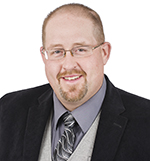 In 2015, the Minnesota Buffer Law was signed into law by Gov. Mark Dayton. Since, the state’s corn growers have worked diligently to comply with the law requiring the installation of vegetative buffers along waterways on farm property. In fact, the Minnesota Board of Water and Soil Resources noted in April that Minnesota’s farmers are now 98 percent in compliance for installing buffers on public waters.

The state’s corn growers have done their part in complying with the buffer law. It is now time for Gov. Dayton and legislators to address the fact that the law currently penalizes farmers by continuing to tax buffer acres at valuations that assume these acres are still producing crops and income.

Farmers and most Minnesotans understand that if there is a significant reduction in the value of a home or business, by law, the assessed value must be lowered to its new/lower market value, resulting in lower property taxes on that property.

This same concept should apply to farmers who continue to be unfairly assessed by paying taxes on land that is no longer producing income. Continuing to tax unproductive acres at maximum value is an unfair financial penalty at a time of significant economic stress for Minnesota farm families.

To fix this issue, the Minnesota Corn Growers Association has supported bipartisan legislation — HF 4395/SF 3960 — to provide a much-needed $50-per-acre property tax credit for farm acres that are required to be removed from production and converted into buffers. In each bill, the credit would be funded utilizing Clean Water Funds, which were designated for projects and initiatives aimed at improving water quality in our state. The legislation provides farmers with fair compensation using funds that have been designated for this exact use.

And Gov. Dayton agreed. In an April 20 release, Dayton credited the legislative authors of each bill “for authoring this sensible, bipartisan proposal to support Minnesota farmers, who are working to protect clean water throughout our state” and further noted, “I strongly support this legislation, and encourage Republican legislative leaders to send it to me, as a clean bill, as soon as possible.”

To further stress the need for this legislation, 15 agricultural organizations also signed onto a joint letter delivered to Gov. Dayton and legislative leaders Wednesday urgently requesting its passage.

Farmers are doing their part to comply with the buffer law. We have now reached a point in the 2018 legislative session when Minnesota’s agricultural community needs to see Gov. Dayton and legislators do their part by passing this legislation. Anything short of that this year would be considered a major failure.

Kirby Hettver is president of the Minnesota Corn Growers Association.